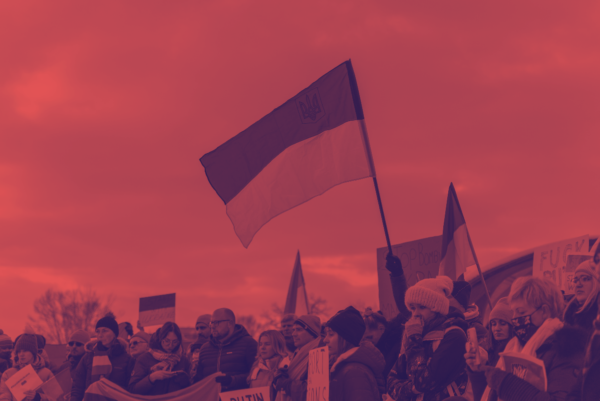 The invasion of Ukraine, carried on by the Russian Federation’s armed forces, clearly shows the geopolitical divergence of interests in the Eastern European area, between countries like Ukraine, leaning toward the West and the European Union system, and Russia, determined to reaffirm its projection over the former Soviet space. Besides, it has soon become an interesting tool to analyse the international dynamics of power and alliances of the many countries directly or indirectly involved in the conflict.

As we observed, the European Union’s member countries and the European institutions showed an unprecedented political unity, with the clear goal of defending its foundational values, such as the safeguard of international law, national sovereignty and democratic legitimacy (Monaghan, Morcos, 2022). Brussels, in coordination with the United States and NATO, has imposed on Russia unprecedented economic sanctions and, while starting to supply Ukraine with military resources (Monaghan, Morcos, 2022).

However, in this coordinated action, international observers found immediately a weak spot: the State of Israel. Throughout this article, we will try to analyse how Israel’s reaction to the invasion of Ukraine reveals the dynamics of force in the Middle East, and most importantly how this could geopolitically affect the European Union.

Since day one of the invasion, Israel, which has long been the US’ most trusted partner in the Middle East, performed poorly regarding taking sides with its allies, a fact that has not passed undetected. On the first day of the invasion, Israeli Prime Minister Naftali Bennett held a conference that earned him criticism both in and out of his country. In his speech he expressed his stance “against war, which is never a solution”, emphasising how Israel would have done everything possible to help all Jewish Ukrainians to evacuate. “These times teach us that, to our regret, wars between armies are not a thing of the past,” – he wrote a few days later on Twitter – “[that] the world is a lot less stable, and our region changes daily” (Kampeas, 2022; Bergman, Kershner, Kinglsey, 2022). Both times Bennett was unable to openly use the words ‘Russia’, ‘Putin’ or ‘Invasion’, nor to take a solid stance of condemnation. The public opinion strongly reacted to these words, forcing Israeli Minister for Foreign Affairs, Yair Lapid, to speak up and reinforce the government’s position on the matter, stating that “[t]he Russian attack on Ukraine is a serious violation of international order[, one that] Israel condemns” (Kampeas, 2022).

In the following weeks, Bennett was put under strict scrutiny due to his efforts as a mediator between the two parties, an unprecedented role for an Israeli Prime Minister. Since the beginning of the war, Bennet has been one of the very few heads of government received in person by Vladimir Putin, during a three-hour-long closed-door meeting on Saturday, March 5th, 2022 (Bergman, Kershner, 2022). It is a noteworthy fact that Naftali Bennett, an observant orthodox Jew, departed from Israel on the sacred day of Shabbat, during which it is forbidden to travel (Bergman, Kershner, 2022; Varma, 2022). Although Bennett has been several times called to be an intermediary between Ukraine and Russia, he described his meeting with Putin as a coordinated effort with the approval and support of the U.S. (Bergman, Kershner, 2022). Ukrainian President Volodymyr Zelensky directly appealed to Bennet’s mediation efforts, although Israel’s actions have been deemed to be more targetted at not upsetting Russia than brokering a truce or improving the diplomatic dialogue between parties (Mc Kernan, 2022).

The same observation could be applied to the lack of condemnation following the attack on Babyn Yar Shoah, a Ukrainian landmark of the Holocaust, conducted by Russian forces. According to a senior Israeli official, all the measures taken by Tel Aviv always came too little and too late (McKernan, 2022), reflecting a very cautious approach to the matter. Regardless of Bennett’s diplomatic efforts, Israel’s ambivalent line of action is beginning to cause annoyance among its Western allies, especially the United States, France and Germany (Berman, 2022; McKernan, 2022; Bergman, Kershner, Kingsley, 2022). As for now, the harshest remark has been made on the sanctions imposed on Russia. Despite joining the UN General Assembly’s majority in condemning officially the invasion of Ukraine, Israel still holds off on imposing direct sanctions on the Russian economy and government officials (Berman, 2022; McKernan, 2022; Bergman, Kershner, Kingsley, 2022). The only measure taken at the present time regards closing the legal loopholes in the Israeli legal system that would have allowed Russian oligarchs to evade Western sanctions (Berman, 2022), a move defined as insufficient by Zelensky during his address at the Knesset, the Israeli parliament, as much as by the United States and European Union (McKernan, 2022; Bergman, Kershner, Kingsley, 2022).

Such cautious behaviour, it can be argued, could have arisen from the strong presence of Jewish communities in both Russia and Ukraine, countries with whom Israel has strong ties. In Israel – a country with a population of roughly 8 million people – 1.3 million citizens are Russian-speaking (Borschel-Dan, 2016). In 2015 CBS estimated that 53% of immigrants to Israel came from the former Soviet Union, mostly from Russia and Ukraine(ibid.). In the 1990s alone, 900,000 people emigrated from the former Soviet Union to Israel (Borschel-Dan, 2016). In this war, between the actors involved, cultural ties are an issue at stake. Furthermore, the State of Israel has traditionally considered its peculiar duty to protect the Jewish community worldwide. Hence, acting as a negotiator between Ukraine and Russia can be interpreted as an attempt to protect the large Jewish population still living on both sides of the conflict from an insurgence of antisemitism (Bergman, Kershner, Kinglsey, 2022; McKernan, 2022).

As observed by Trombetta (2022), “[b]etween Russia and Ukraine, Israel chooses against Iran”. Israel is not siding with anyone in this war, but simply acts according to its binding priority of national security, namely the containment of the Islamic Republic of Iran (ibid). In the context of the Syrian Civil War, Israel has already found itself dealing with Russia, after the country decided to intervene in 2015 to side with dictator Bashar Al-Assad and help him stay in power. In southern Syria, pro-Iranian forces and Iran-backed militias gained significant terrain and power, directly threatening Israel’s northern border (Tsvetkova, 2015). In that same year, then prime minister Benyamin Netanyahu and President Putin reached an agreement to coordinate military actions and “avoid unnecessary clashes along the borders” (Tsvetkova, 2015), de facto reaching a non-written pact of mutual non-interference. More specifically, Russian forces would have given the green light to the Israeli airforce to enter Syrian airspace, with guarantees that Israel’s defence would not directly attack Assad’s forces. Thanks to this agreement, since 2015, Israel’s Defence Forces have been regularly conducting airstrikes against Hezbollah’s positions in Southern Syria, keeping at bay the Iranian advance toward their geopolitical doorstep – something that could have never been possible without Russia’s silent assent (Bergman, Kershner, Kinglsey, 2022; McKernan, 2022; Varma, 2022; Kampeas, 2022; Gold, 2022).

Under this light, Israel appears to own a share of its national security to the Kremlin, to an extent considering its northern border as one shared directly with Russia, which is effectively responsible for the area’s security (Yair Lapid, as quoted in Gold, 2022). This shows the extent of Russia’s leverage on Israel, which constitutes an issue not only for the United States but most importantly for the European Union.

The weak link of the chain

Putin seems to be aware that, regardless of the situation in Ukraine, nobody in Tel Aviv will ever sacrifice its fight against Teheran to contain Russia’s aggression and wider agenda targetting Europe and the West. With the current state of things, Israel appears to no longer be a reliable partner in the Middle East, especially since the European Union – together with the American allies – has shown incredible unity and resolution in condemning the attack on a sovereign state and its national integrity. (Monaghan, Morcos, 2022).

But Israel cannot, for national security reasons, stand by the same set of values, and this makes Bennett and his government the weak link in the chain of containment against Russia (Trombetta, 2022; Bergman, Kershner, Kinglsey, 2022).

To prove this assumption, already in 2021 Kyiv had shown interest in a set of Iron Dome missiles batteries, produced in Israel, to boost its defence arsenal in the wake of a growing presence of the Russian military along its borders. For months, the US administration tried to persuade Tel-Aviv to finalise the sale without success, allegedly due to Bennett’s reservations about hurting Israel’s relationship with Russia (Varma, 2022; Bergman, Mazzetti, 2022).

The same reason came into play when, in August 2021, the Israeli government blocked an attempt from Ukraine and Lithuania to purchase Pegasus, a spyware tool created by Israeli-based company NSO (Bergman, Mazzetti, 2022; Harris S., Kirchgaessner, Mekhennet, Nakashima, Timberg, 2022; Kirchgaessner, 2022). It must be noted that the same spyware has in the past been acquired by countries like Saudi Arabia, and has been linked to cases of harassment, blackmail and the assassination of Saudi journalist Jamal Khashoggi (Kirchgaessner,2021).

Already in January 2022, this kind of leverage was visible to those who were observing the situation closely. Elliot Abrams, senior fellow for Middle Eastern Studies at the Council for Foreign Relations, in an interview with The Jerusalem Post, also highlighted what were, and still are, the possible scenarios and the issues at risk for Israel and its allies. Abrams notices that Israel, for the purposes of its national security, has started to cooperate effectively both with Russia and China. But the actions of Israel now hurt the same system – the alliance with the United States, NATO and the European Countries, but more broadly the United Nations system – that over time has provided friendship, protection and key weapons (Abrams as quoted in Nahmias, 2022). So what mostly is endangered, he concludes, are the values that this system has always represented, and that Israel would be supposed to defend too (Abrams as quoted in Nahmias, 2022).