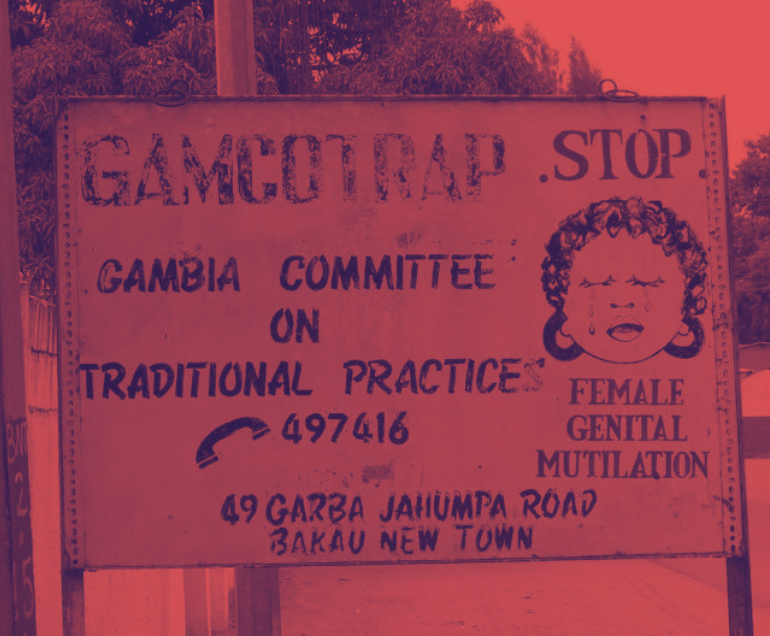 Female Genital Mutilation (FGM) of girls during childhood is still a very deep-rooted practice in many cultures. There are two different perspectives on FGM according to International Relations. On the one hand, cultural relativists consider that FGM is a cultural tradition in certain societies and thus is valid, ethical, and moral for the society where the practice takes place. They understand that not all cultures are equal, and we must respect them. On the other hand, universalists believe human rights are universal and a practice that violates the human rights of women and children cannot be exercised (STIENSTRA, 2000).

According to the European Institute for Gender Equality (EIGE), “the practice of FGM is an expression of deeply entrenched gender inequalities, grounded in a mix of cultural, religious and social factors inherent within patriarchal families and communities…The reported method, rationale and means of practising FGM are different in different communities, but FGM is fundamentally bound up with systems of patriarchy and… repression of female sexuality.” (EIGE, 2022).

In fact, FGM is very much extended in places such as Eritrea or Somalia, the latter having the highest rate of FGM although it is an illegal practice due to the complications that can result from cutting the genitals of young girls. Some of the difficulties include infections, difficulty in urinating, inability to get pregnant, chronic pain, harm during menstrual flow, and even constant bleeding. The worst part is the pain they have to suffer, and the heavy health risks involved in it, mainly, due to the fact that about 90% of the interventions are carried out by people without medical training (WHO, 2021).

Indeed, patriarchal societies conduct FGM to control women’s sexuality, accordingly, this practice is very deep-rooted to gender inequality. Many families make their children get circumcised due to fear of being socially excluded or because they see it as a form of honour and purity (UNICEF,2021).

For this reason, educational work in communities is the only solution to end this violation of human rights, for instance, by working on preventive programs in schools. Besides, a very fundamental part of education is on men’s attitude as they are influenced by the idea that if a woman is not circumcised, they cannot marry her. Consequently, they marry women that have been circumcised knowing that they will have less sexual desire or no desire at all.

I consider that nowadays FGM should not be something we debate about, it is clearly an act of cruelty and a violation of human rights. Young girls have no choice in their body’s practices, bringing fatal consequences in their future lives.

There are some European initiatives that aim at preventing and raising awareness on FGM, particularly among young women and girls. European countries have begun developing interventions to support women and girls living in the EU to recover from FGM (European Commission, 2020).

However, little good-quality research exists on FGM practices practiced among migrant populations throughout Europe. In response to these harmful practices, countries such as France have led with strong criminal justice responses towards FGM within its borders, while others such as the Netherlands, have focused on preventive protection measures. National approaches differ in Europe as criminal justice systems are different (BAILLOT, H et Al; 2018) .

Awareness, supporting civil society, and building strong commitments at the European level are key responses that can contribute to ending FGM in Europe and beyond (Equaility Now, 2022). Research is also fundamental to developing adequate national and European policies on FGM. In this sense, the European Institute for Gender Equality (EIGE) is playing a prominent role in providing information on female genital mutilation in the EU and supporting Member States to prevent and combat this harmful practice (EIGE, 2022).