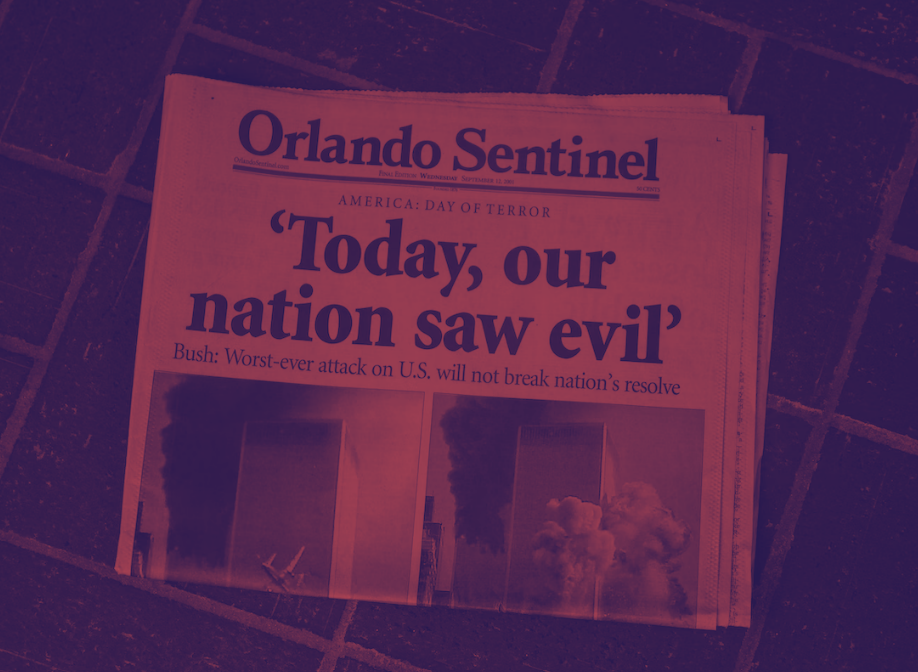 Terrorist attacks have been conducted for centuries at different scales and for different motivations. However, terrorism had not been at the top of the political agenda until the attacks that took place on the 11th of September, 2001, in United States soil. The image of civilian planes crashing into the Twin Towers is imprinted in the memory of many, pushing the fight against terrorism to be the number one priority in Western countries, as it was viewed as a key threat to international peace and security.

Since 9/11, many discussions have taken place related to ways of dealing with the terrorism threat. One prominent issue that is still at the centre of debates to this day is that of Foreign Terrorist Fighters (FTFs). The United Nations define FTFs as people who “travel to conflict zones to engage in terrorist acts” (UNDOC, n.d.). States view them as a big threat to national security when they decide to come back to their countries of origin. In the case of ISIS, FTFs who join their ranks hold nationalities of states other than Syria and Iraq, giving them the right to return to the territory of which they hold nationality. In order to counter the threat that FTFs pose upon return, states have used measures ranging from establishing de-radicalisation programs (Bąkowski & Puccio, 2016, p.9), to criminalising travel to countries like Syria and Iraq with the purpose of joining ISIS (UNSC, 2014). Such measures have even included the confiscation of travel documents (Bąkowski & Puccio, 2016, p.8), and the deprivation of nationality (Bąkowski & Puccio, 2016, p.8). This article will delve into the issues raised by nationality deprivation in the context of returning FTFs and their children.

For a state to be able to revoke someone’s nationality, grounds in national law must exist in order for the measure to be legal. However, it is important to keep in mind that depriving someone of their nationality is not legal under international law if it leaves that person stateless. Article 8 of the Convention on the Reduction of Statelessness (1961) binds countries to such standards. This rule is key to understanding the controversy of deprivation of nationality on the grounds of national security, such as in the case of FTFs. A good example of how far this kind of deprivation has gone is the United Kingdom (UK). Rules on nationality in the UK are regulated by the British Nationality Act (1948), which has been modified on several occasions. The addition of section 40 (4A) through the Immigration Act (2014) establishes that nationality of naturalised citizens can be revoked—thus leaving a person stateless—if it is conductive to the public good and there are “reasonable grounds” to believe that the person can acquire another nationality. This change in British national law seems to be a direct violation of Article 8 of the Convention on the Reduction of Statelessness (1961), given that this article prohibits deprivation if the affected person is left stateless. However, the UK is allowed to amend its nationality laws without interfering with international law because it made a reservation on Article 8 of the Convention (UNCHR, 2006). A high-profile case in the UK was that of Shamima Begum, a girl who travelled to Syria to join ISIS, who was later deprived of nationality and left ‘de facto’ stateless without the possibility of returning to the UK (Casciani, 2020).

The UK is the country that has taken deprivation powers the furthest, with many legal and political implications. Not being a national of a country poses a challenge to the exercise of different human rights. Despite international law’s protection of stateless people outlined in the Convention Relating to the Status of Stateless Persons (1954), in practice, the exercise of civil, social, and economic rights becomes a struggle (Kaneko-Iwase, 2021, p.35). In many occasions people with such status do not have the right to work, receive health care, or education, which threatens the enjoyment of other human rights (Foster & Lambert, 2016, p.4). Furthermore, in the case of FTFs, it threatens their right to leave and enter their own country, as outlined in Article 12(4) of the International Covenant on Civil and Political Rights (ICCPR, 1966), creating difficulties for repatriation.

Repatriation of FTFs and their children

The exact number of FTFs that have joined ISIS since the group emerged is unknown. In 2015, the number ranged between 20,000 (Neumann, 2015) and 30,000 (“ISIS Foreign Fighters”, n.d.). It is calculated that all of those FTFs hold passports from 85 different nationalities (“ISIS Foreign Fighters”, n.d.), and that around 5,000 of those passports are from European countries (Comolli & Milan, 2020). Furthermore, data from 2018 suggests that at least 730 children were born inside the ISIS ‘Caliphate’ to foreign nationals, of which 566 are known to be born from Western Europeans alone (Cook & Vale, 2018). Most European FTFs and their children are held in Al-Hol and Ain Issa refugee camps in Syria (Mehra, 2019), which have been reported to have very poor living conditions.

The living conditions of the people in those refugee camps—especially of children—constitute a violation of human rights. In relation to children, only 40% are receiving education, avoidable illnesses are taking many lives, and the high criminality rates are affecting their mental health (“Children Abandoned by their Governments are ‘Wasting Away’”, 2021). The Convention on the Rights of the Child (CRC, 1989), protects the right to education under Article 28, right to health under Article 24, and the right to a nationality under Article 8. Those are only a few of the violations of children’s rights, but they do not seem to be enough for European countries to actively repatriate them.

Repatriation of children of FTFs is something that states are reluctant to do because of the implications for their national security. One of the main points of friction in the debate relates to the repatriation of children without their parents. Generally, states agree that children do not pose a big threat compared to their parents. However, international law constrains the repatriation of those children alone through Article 9 and 3 of the CRC (1989). Article 9 explains that they should not be separated from their parents, and Article 3 establishes that the best interest of the child should be the first thing to consider (CRC, 1989). Separation in those cases would go against the best interest of the child which results in the unwillingness of states to actively repatriate them. This leads to a tendency of states to only repatriate orphans (Mehra, 2019). Nevertheless, family members in the countries of origin are challenging national courts to bring FTFs and their children back using human rights law as the basis for their claims.

Are FTFs a bigger threat abroad or at home?

The arguments behind the lack of active repatriation of FTFs and their families are based on the threat they pose to national security. Based on the great violence committed by terrorist organisations, it would be unsurprising to find that states are fearful that exposure to such radicalism could lead to attacks on their soil. Nevertheless, experts believe that nationality deprivation and lack of repatriation are only a short-term solution that can increase the threat to national security in the long-term.

Christophe Paulussen, senior researcher at the Asser Institute, has qualified the revocation of nationality as a counterproductive measure (Paulussen, 2018). He argues that the grievances towards the FTFs’ country of origin can increase due to the feeling of abandonment, which can lead to radicalisation when it was not the case in the first place (Paulussen, 2018). Furthermore, removing a person off a state’s territory also entails losing control over that subject, which on occasion can be even more threatening to national security (Paulussen, 2018). With regards to repatriation, the Organization for Security and Co-operation in Europe’s Office for Democratic Institutions and Human Rights director stated that not engaging in repatriation of FTFs and their children in refugee camps “also increases future security risks by providing fertile ground for later recruitment by terrorist or criminal organizations” (“Repatriation of ‘Foreign Terrorist Fighters’ and Their Families Urgently Needed”, 2020). In fact, Tanya Mehra—Senior Research Fellow and Programme Lead at the International Centre for Counter-Terrorism—also acknowledges the need to focus on long-term perspectives of security. She highlights the ample capacities of European states to prosecute FTFs while ensuring their right to a fair trial, also emphasising the existence of strong de-radicalisation and reintegration programs to reduce the risks that they pose while respecting human rights (Mehra, 2019).

The issue of FTFs and their children is still a subject of public debate, and will increasingly become a common issue in national courts. Active repatriation of FTFs and their children is the most advisable option in dealing with the threat that they pose. Experts agree on the benefits of repatriation in the long-term, and the need to limit nationality deprivation policies given its inefficiency. Nationality deprivation and lack of repatriation in the context of ISIS infringes upon several human rights, and demonstrates how issues of national security, on occasion, trumps their respect and protection. Politics and public opinion are the limits for the return of FTFs to their home countries, since politicians do not properly communicate how capable and ready they are to deal with the challenges that FTFs pose in their soil. European countries should step up their game, communicate the safeguards of such measures in the long term, and comply with their human rights obligations.