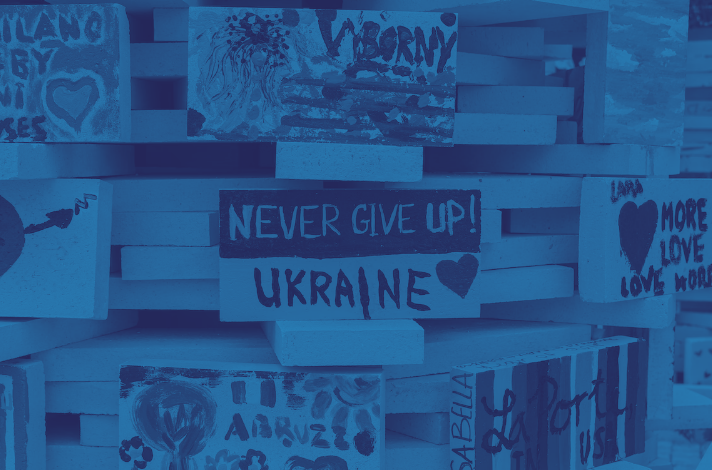 The invasion of Ukraine by Russia has been the fatal conclusion of an escalated conflict between the European Union (EU) and Russia. The European Union’s links to the narrative are vital as Russia’s intervention in Ukraine is a response to the will of a big percentage of the Ukrainian people to belong to both NATO and the European Union (Bilash, 2016).

Putin has claimed Russia’s security interests against the possibility of Ukraine joining NATO, as he stated that American ballistic missiles could destroy Moscow if thrown from a NATO base on the Ukrainian border (Bilefsky, Pérez-Peña, & Nagourney, 2022). Nevertheless, the history between Russia and Ukraine is more complicated, especially since 2014, when Russia’s influence in the country developed into an armed conflict (Klymenko, 2021).

The 2004 presidential election in Ukraine ushered in political conflict and witnessed the fragmentation of Ukrainian society, as the victory of President-elect Yanukovych was seen as a hoax. Election observers spotted massive fraud, mostly claimed in the regions where Yushchenko, the other candidate, was more popular, which was later supported by the United States and EU as well (Schneider, 2004). Thousands of people went out to the Independence Square of Kyiv to protest the alleged fixed results and to ask for new elections, which finally took place on December the 26th. Those demonstrations were referred to as the “Orange Revolution”, as all the protesters claiming fraud were dressed in orange (Jay, 2004).

Furthermore, the Orange Revolution evidenced the external influence in Ukraine. The two candidates were backed up by many countries who took firm positions. While the Western countries stood up for Viktor Yushchenko, the Kremlin openly supported Viktor Yanukovych. Both candidates represented opposing geopolitical strategies: while Yushchenko wanted to strengthen ties with the Euro-Atlantic countries, Yanukovych wanted to get closer relations with Russia. This division was also geographical, as Yanukovych was preferred by the Russian-speaking regions of the east and Crimea, and Yushchenko was popular in the west and Ukrainian-speakers’ areas (Priego, 2014). This political dilemma later led to an armed conflict, and the positions went further and further away from each other.

Ukraine and the European Union

There were negotiations between Ukraine and the EU as far as 2003, as it was the will of the Ukrainian President Victor Yushchenko to seal an agreement of collaboration (Frydrych, 2003). However, Yushchenko did not have enough parliamentary power to sign the deal.

Negotiations slowed down when pro-Putin President Yanukovych got elected in 2010, as he arrested his political rival, Yulia Tymoshenko. In 2011, the European Union tried to reaccelerate the signal of the Agreement as a response to the creation by Russia of the Eurasian Customs Union, which was understood to be an anti-EU agreement for the eastern European countries (Nehgrin, 2022).

On November the 21st, 2013, President Yanukovych refused to sign the collaboration agreement offered by the European Union, against the will of the other political parties and a sizable portion of the Ukrainian population (Traynor & Grytsenko, 2013). Later, in December 2013, all the aspirations of a union between Ukraine and the European Union faded, as Viktor Yanukovych surprised the world by sealing a collaboration deal with Vladimir Putin, in which it was stated Russia would reduce by a third the cost of Russian gas and invest 15 billion dollars in Ukraine’s government debt (Piper, 2013).

The fact that President Yanukovych refused to sign the agreement with the European Union which he previously agreed on, turned out to be the origin of the Euromaidan Revolution, where intense protests claimed stronger ties with the EU as well as the end of the new agreements with Russia (Rabinovych, 2022). The Euromaidan Revolution consisted of protests violently repressed by the police. Initially, the demonstrations were peaceful, but on the night of November the 30th, riot police attacked the protesters using excessive force. That event gave rise to the support for the demonstrations as people were joined by thousands as a reaction against the repression. Between January and February, the violence between police and protesters resulted in more than 120 people getting killed in Kyiv’s Independence Square, as well as several hundred injured (Gorbunova, 2019).

President on the run

The Euromaidan revolution must be referenced as a successful revolution, as the pressure put by the protesters resulted in the accomplishment of all their demands and was specifically the end of Viktor Yanukovych. On February the 21st, President Yanukovych finally agreed to advance elections, stop the violence, and restore the Constitution of 2004. Later, in the early morning of the next day, he flew away from Kyiv and left the country (Baunov, Jarábik, & Golubov, 2015). While Yanukovych later turned up in Russia, Ukraine’s Parliament which is known as Rada, appointed an acting President and an acting Prime Minister to take charge.

Furthermore, one of the accomplished demands of the Euromaidan protesters was to restore the Constitution of 2004, as this would eliminate the co-officiality of the second languages spoken by at least 10% of the population of a Ukrainian region. This law abrogation was mainly affecting Russian speakers, but also Hungarian and Romanian speakers at a lower level (Ogarkova, 2018). This law would later provoke the rise of Ukraine’s long-term conflict in the Russian-speaking regions. As a result of these political measures, the new administration became unpopular with the Russian-speaking population of both Donbas and Crimea, as they understood their plight as Russian speakers had been attacked.

While in Russia, Yanukovych claimed a coup against his figure, allegations that were in line with the Kremlin’s official position on the matter (Walker, 2014). At the same time, he was appointed by the Ukrainian justice in search and capture for the massive death of protesters during the Euromaidan demonstrations (Kramer, 2019).

The Russian annexation of Crimea

Immediately after the proposition of abrogation of the law for the co-officiality of the languages, demonstrations against the new Ukrainian government happened in Donbas and Crimea. Crimea institutions asked Russia for help and Putin responded by sending tanks to the Republic of Crimea. On February the 27th Russian troops entered Crimea and soon after, on March the 18th Crimea was officially annexed by the Russian Federation, after a referendum that was not recognized as democratic by Ukraine, the United States, and the European Union (Clinch, 2022).

In the context of an escalated tension in the south-eastern Russian speakers’ regions of Ukraine, the birth of the Popular Republic of Donetsk was declared on April the 7th. This newborn State is backed and only recognized by Russia (Resneck, 2014). The government of Ukraine responded by sending troops as part of a special operation. Later, on April the 28th, the Popular Republic of Lugansk was self-declared independent too. Those new “popular republics” backed by Russia represented the beginning of the Donbas War, which could be qualified nowadays as the first phase of the war between Russia and Ukraine. The European Union always defended the official borders of Ukraine and deeply criticized the external attacks from Russia on Ukrainian borders.

The most relevant phase of the war might certainly be the invasion of Ukraine Russia pursued in 2022, as we all know.

It’s clear now how this international conflict has a direct linkage with the EU. Since its beginning, the start of the country’s division in pro-EU and pro-Russia can be traced back to the will of belonging to the EU by a relevant percentage of the Ukrainian population. The EU has not simply backed western Ukraine’s will, but vehemently defended their right to choose democratically and the denunciation of the repression executed against many protesters during the Orange Revolution, Euromaidan and throughout Ukrainian political life in general. Ukraine, which is witnessing many tragedies day after day, now struggles to find a balance in responding to the different popular demands from both sides; resisting, at the same time, the Russian invasion.  The democratic nature of the internal political debate in Ukraine is being challenged by neverending attacks, which are preventing the Ukrainian population from seeking peace and prosperity, and from starting to heal the deep wound which this historical moment is inflicting.