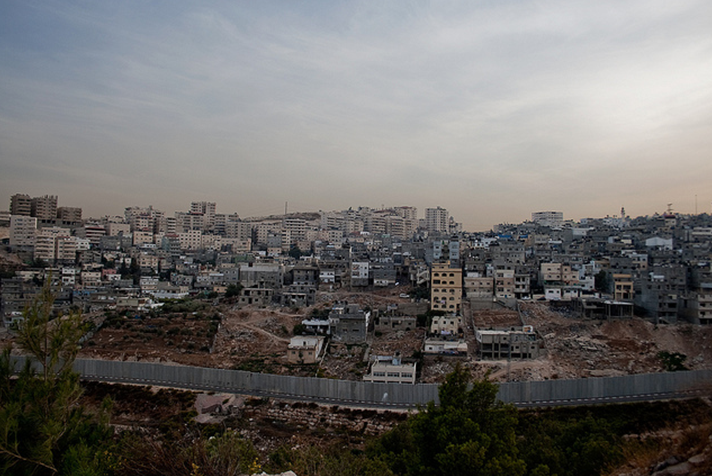 The chances of a two-state solution have rarely looked worse. In a recent open letterto European Union foreign policy chief Catherine Ashton, 19 former senior European officials, politicians and diplomats claimed, “the Oslo process has nothing more to offer” and that without immediate action, the window of opportunity for a viable two-state solution to the Israeli-Palestinian conflict would soon close. A number of analysts have disputed this and gone ever farther, claiming that the Oslo process, referring to the process of political negotiation for a Palestinian state that began with the 1993 Oslo Accords, is already dead.

These sentiments are increasingly shared across the political spectrum. The apparent death of the two-state solution has been celebrated among segments of the left and right always hostile to the plan, while being decried and lamented both by many members of the foreign policy establishment who supported the Oslo process through thick and thin, and by liberal elements of the Western Jewish establishment. As Israeli settlements continue to secure “facts on the ground” by gobbling up expropriated Palestinian farmland and blurring the Green Line, the 1967 armistice line separating occupied territory and Israel proper, a viable Palestinian state seems less and less likely.

This is compounded by political disunity and dysfunction on the Palestinian side. Division between Hamas, an Islamic extremist faction which rules Gaza, and the secular nationalist Fatah in the West Bank has made it impossible to create a united Palestinian representative in negotiations; this is only made harder by technocratic Prime Minister Salam Fayyed’s recent and abrupt resignation. Finally, both Israel and the Palestinians, with extremely difficult choices ahead, seem unable to come to a compromise of any type on any issue, let alone the gut-wrenching compromises over borders, refugees, religious sites and compensation that would entail a final agreement for a two-state solution.

What Alternatives to the Two-State Solution?

Over the years, a wide variety of solutions have been suggested to end the conflict, each with its own ideological grounding, advantages and disadvantages. One solution, commonly called the “one-state solution”, proposes a single, secular, democratic state including both Jews and Palestinian Arabs as equal citizens, stretching from the Jordan River to the Mediterranean. This solution has been proposed primarily from the left side of the political spectrum, and was the official policy of the Palestine Liberation Organization (PLO) from its inception until 1988.

A one-state solution has the advantage of simplicity. Issues like refugee flows and border tensions disappear when everything is united under a democratic framework. Critics rightfully point out that this state would be the end to a Jewish state. Others claim that it would be a recipe for disaster, with ethno-religious violence and civil breakdown inevitable. This is borne out by public opinion both in Israel and Palestine, which broadly rejects a one-state solution.

Another solution, partway between a one and two-state solution, is a bi-national or confederal state. Under this framework, Palestinian Arabs and Jews would be largely self-governing, with some shared institutions responsible for trade, borders, security and potentially foreign affairs in a sort of confederation. A variety of outlines exist within the confederal or bi-national framework, from a patchwork of partially segregated cantons to a consociational system like Lebanon to a loose, EU-style union.

The advantage of this framework is that it seems to be able to reconcile the goals of Zionism, a homeland for the Jews, with the goals of Palestinian nationalism, the return of refugees and self-determination. Palestinian refugees would be able to return to what is now Israel, while remaining Palestinian citizens and not overwhelming a Jewish state demographically, while the larger Israeli settlement blocks could be left in place. The main disadvantages to this framework are in its inherent complexity; any system built on an ethnic and political balancing act would be delicate and prone to sudden collapse in the face of crisis or political opportunism; the civil wars of Yugoslavia and Lebanon offer a cautionary tale.

Another solution, prominently advocated by the far-right settler-dominated party, The Jewish Home, calls for the annexation of Area C, the sparsely-populated majority of the West Bank controlled directly by the Israeli military under the Oslo Accords, with its residents given Israeli citizenship. People living in the rest of the West Bank would be allowed “self-rule”, while being holed up in overcrowded enclaves cut off from one another and the outside world by a sea of Israeli territory. This would effectively end any hope for real Palestinian self-determination, and would lead to a situation resembling apartheid South Africa’s Bantustan system, inevitably leading to cycles of violence, retaliation and human rights catastrophe.

To paraphrase Winston Churchill, the two-state solution is the worst solution available, other than all of the other options. It is the only solution that will not result in inevitable ethno-religious violence or massive human rights abuses, while also ending a running sore on the world’s body politic, and allowing real self-determination for Israelis and Palestinians. If the two-state solution is well and truly dead, hope for a tolerable future for Israelis and Palestinians may be dying with it.

Dis­claimer: This art­icle was ori­gin­ally pub­lished as “The Green Line Blurs: Fading Hope for a Two-State Solution” on April 23, 2013 on The Polit­ical Bouil­lon, EST cooper­a­tion partner.