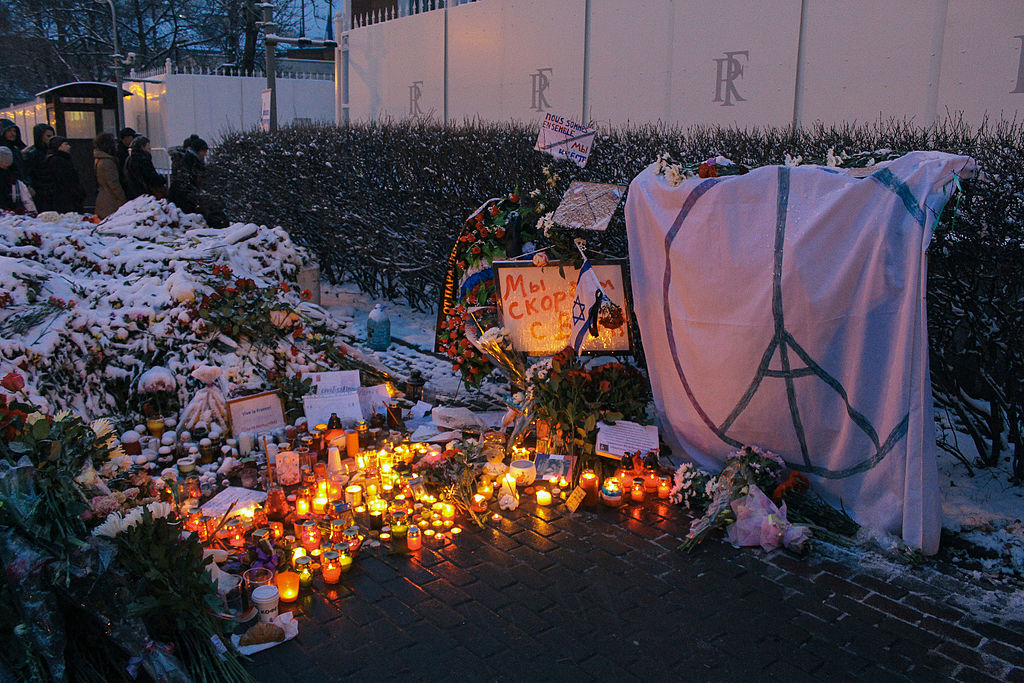 By Strahinja Subotic, graduate student at the Central European University

Recently, terrorist attacks occurred in Paris and Beirut, resulting in a great number of victims. In Paris, a series of coordinated terrorist attacks resulted in killing 130 people, while 360 were injured.[1] Just one day before the attacks in Paris occurred; around 40 people were killed in Beirut by two suicide attacks, leaving more than 200 people injured. Islamic State claimed responsibility for attacks on both cities[2].

On one hand, immediately after the attacks occurred in Paris, there was an extensive media attention, public support and international solidarity. World leaders expressed their condolences and supported France in fighting terrorism. The U.S. president Obama even associated the Paris attacks as an “attack on all humanity”[3]. On the other hand, the Beirut attacks – despite happening just one day before Paris – went almost completely unnoticed by people, media and world’s governments.

The aim of the article is to show that being biased does not have to be necessarily bad or morally wrong. Actually, the bias that was present in this context can be justified, and that is why people that showed more solidarity for the victims of Paris are not blameworthy and should not be criticized. The following four reasons will try to explain this position.

People have a limited amount of information and limited time to acquire information. Obtaining information can also be costly, as when people are informing themselves, they are doing so at an opportunity cost. This means that they spend time on getting informed, instead of doing something else that could have been more beneficial for them. That is why people tend to “pick-and-choose” the kind of information they acquire.

People acting like this could be described as being “rationally ignorant”[5]. It means that it is rational for people not to invest too much time getting informed. The more we want to get informed, the more time and energy it will consume, which means that getting informed entails costs which would probably exceed the benefits that it provides. If we assume that this is true, we would end up having people informing themselves mostly about the most covered news in the media and showing more interest in the news that has to do with their community or with the communities close to them.  The end result is that people will be asymmetrically informed about different events. This is evident in the case of the Beirut attacks, of which many people from the West have not been informed of.

Related to the previous argument, media bias was an additional factor on why people were not expressing solidarity equally – they had limited information. We cannot expect people to show solidarity with something that they have not heard about.

Social media like Facebook was also biased. Facebook created a temporary French flag watermark for users to add to their profile pictures in commemoration and solidarity for Paris, and there was widespread use of the hashtag #PrayForParis. Facebook even enabled the option “safety check”[6], in order to help its users that were located in Paris to indicate that they are safe.  That option was originally envisioned to be used during natural disasters, but it was used for the first time during the Paris attacks to indicate a non-natural disaster.

All of the previous media outputs enabled all of the people to get informed about Paris, while leaving Beirut behind. Media enabled people to see the crime scenes, victim’s families and friends gathering to commemorate their fallen bellowed ones, politicians expressing their condolences and they could listen to the stories of survivors. All of these elements of the media coverage additionally added to the emotional impact of the Paris attacks. None of this was present in covering the Beirut attacks.

The shock effect can be seen as an element of surprise. It catches people off guard, and that is why it plays a big role of garnering more attention from people. People will tend to be more interested in finding out more about something that happens unexpectedly.

On one hand, the Paris attacks shocked many people since that kind of scenario does not regularly occur in Europe. Notable cases in the past were the Madrid 2004, London 2005 attacks and Charlie Hebdo earlier this year. Similarly, these attacks drew a lot of media, public and governmental attention. As an example worldwide governmental solidarity, we can take the case of Spain, when the U.S. president Bush expressed the condolences by saying that they “weep for the families”[7] and the UN Security Council unanimously passed a resolution condemning the attack[8]. While the Charlie Hebdo event stands as a case that had its own hashtag on Facebook #JeSuisCharlie; people even stated changing their profile pictures in order to commemorate the tragic event.

On the other hand, terrorist attacks in the Middle East are more common, or at least more common than in Europe. While it is an unfortunate fact of the world, people do tend to become accustomed to bad things happening in certain places. The case of the Beirut attacks is a fitting example of this. Additionally, the media knows that people need new and “fresh” news that gets their attention easily. Therefore tragic stories in the Middle East are not really covered extensively. It is quite understandable that people tend to show more interest, or as in this case, more solidarity, for cases where the shock effect is larger.

Easier to Relate to

For many people around the globe, Paris represents a unique city, with rich culture and history. It also holds a spot in popular culture as being the city of romance and love. Paris is the 3rd most visited city in the world[9] with over 22 million visitors in 2014[10]. It is generally more known to people throughout the world and that is why more people can relate to Paris than to Beirut. The West shares with France similar ideas, values and belief in a democracy. It could be argued that people from the West who expressed solidarity felt personally attacked, and felt as though the threat was actually directed towards them and their own countries as well. It should not be surprising that people do tend react emotionally and care more about things they can relate to. For example, people primarily show the most solidarity in horrific events that happen to their fellow citizens within their country. People usually do not question this and do not argue that it is morally wrong. If we use the same idea and transfer it to a global level, we can conclude that we can actually expect people to show more solidarity with countries that share certain cultural, historical or political values. Paris is more relatable for people, which is why we can expect more solidarity to be expressed for Paris globally.

These four major considerations demonstrate how being biased in the face of terror attacks is, in some cases, a justified response. The bias that existed following the Paris attacks is not as simple as critics want to depict it. When people paid more attention to Paris that did not mean that people tended to favor one victim over another. All victims are equal, but all victims do not equally affect people.