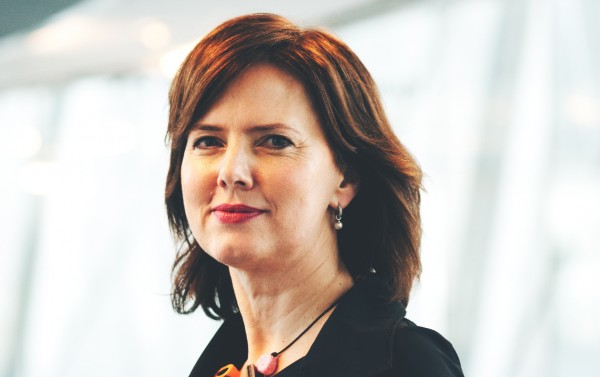 Cora van Nieuwenhuizen (1963) is a member of the European Parliament from the Alliance of Liberals and Democrats. Within the European Parliament, van Nieuwenhuizen is Vice-Chair of the Delegation for relations with India, and a member of the Committee on Economic and Monetary Affairs, as well as the Special Committee on Tax Rulings.

Before representing the Netherlands in the European Parliament, Cora was a member of the National Parliament for the People’s Party for Freedom and Democracy (Volkspartij voor Vrijheid en Democratie) until she was elected MEP. Today she chats to the EST about the European Parliament, reinforcing European Governance, and building a career in Politics and International Relations.

Q. From what point on in your life did your political aspirations begin?
A. I never really specifically chose to be a politician. Years ago, I read in the local newspaper in my hometown, that the VVD, the Liberal Party, wanted people to give their input on local issues. I went to the meeting and before I knew it, I was a City Councilor. From then on, things started to roll. I am now the only Dutch Member of European Parliament who went through all stages of politics in The Netherlands. From the city council, regional council, regional representative, Member of National Parliament to Member of the European Parliament.

Q. Do you use a lot of what you learned during your studies of social geography in your day to day work?
A. In general, I profit from the academic way of thinking every day. It serves as a good basis. My motto is: lifelong learning during your career. I do not daily recall what I learned during my studies, because the world has significantly changed in the meantime. Though I will always keep studying, because I want to keep my knowledge up-to-date at all times.

Q. What would you advise young Europeans who are interested in working for the European Parliament?
A. I would advise them to experience it themselves: just go there and visit the Parliament! And follow the EP son social media, of course.

Q. What differences do you experience between your work in the Dutch municipal Council of Oisterwijk?
A. There is the difference in scale. Oisterwijk, where I live, only has 25.000 inhabitants whereas the European Union has 500 million! In a small village, like Oisterwijk, you meet the people you represent in the streets when shopping. That’s different if you work as a Member of the European Parliament.

Q. What differences do you experience between your work in the Dutch House of Representatives and your work as a MEP?
A. Again, there is a difference in scale. Here in Brussels, the VVD is only part of a larger liberal group, the Alliance of Liberals and Democrats in the European Parliament. I’m confronted with lots of different languages and cultural differences. Furthermore, I travel a lot over larger distances: to Brussels, Strasbourg, London, India…

Q. In which of the two do you believe you could achieve the most?
A. In every position, on every level, that completely depends on personal efforts.
Q. How does the coordination take place with the Dutch People’s Party for Freedom and Democracy?
A. I regularly visit the Dutch House of Representatives in The Hague. Furthermore, I stay in contact with different Dutch experts from inside and outside the party.

Q. Do you believe Brussels should go back to basis (wealth and security)?
A. I think that things should only be done at a European level if this has added value, such as is often the case when it comes to trade and security.

Q. In what way are you, or is your party, attempting to achieve this strive to get Brussels back to basis?
A. I keep on stressing this at all times: during debates, in interviews. Every initiative should be assessed along this line.

Q. Do you believe the EU as a whole should shrink, or just some institutions? (Which do, which don’t?)
A. Europe should be big in big things, small in small things. It should do the right things in a right way without wasting money. It should be lean and mean, effective and efficient, like all layers of government.