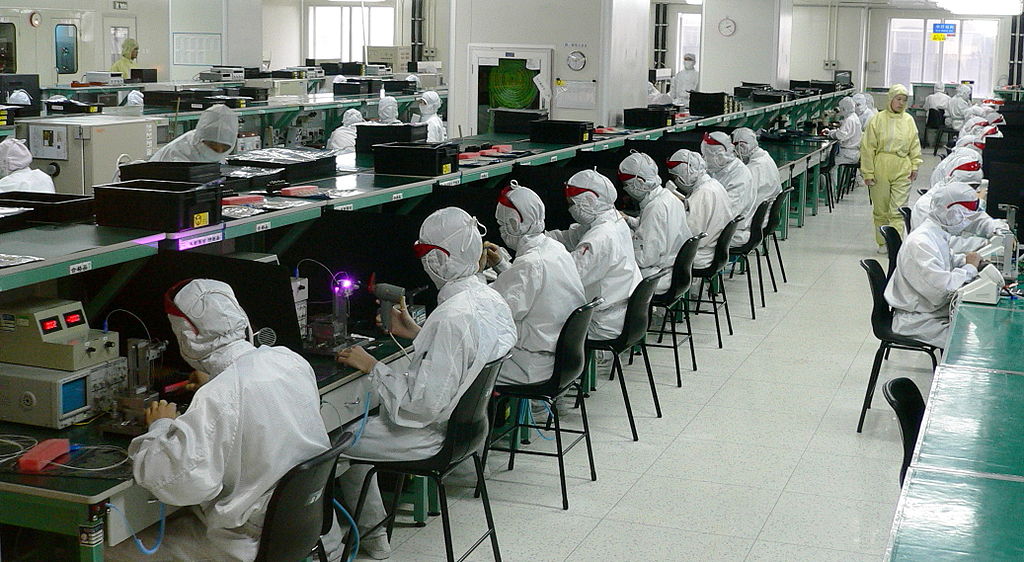 On 18 January the Appellate Body of the World Trade Organization (WTO) made its final decision in a long legal dispute between the EU and China. It concluded that the anti-dumping duties imposed by the European Union on certain iron or steel fasteners of Chinese origin are incompatible with the EU’s commitments under WTO law.[1] This ruling might have an impact on the debate whether China is to be granted market economy status by the EU, which in turn would require the EU to permanently modify the current anti-dumping rules applied against Chinese products. A recent study has suggested that designating China as a market economy under international trade law would result in an increase of 25 to 50 per cent in imports of goods from China from their base level in 2011 and eliminate 2.4 to 4.8 per cent of the jobs in the manufacturing industry of the EU. [2] Hence solving this legal issue can have enormous economic repercussions.

In the first section, this article outlines the concept of dumping and anti-dumping measures under international trade law. The second part will elaborate on the specific anti-dumping rules applied against dumped Chinese products and the core findings of the rulings by the WTO tribunal. In the final part some implications of the rulings are briefly addressed.

Dumping is a form of trade behavior which occurs when ‘products of one country are introduced into the commerce of another country at less than the normal value of the products’[3]. In principal, ‘dumping in and of itself is not regulated by WTO rules’[4] and WTO trade law only addresses the actions of Member States, not private companies. However, on an aggregate level selling below-market prices to undercut competition is not condoned if this practice is injurious to the respective domestic industry.[5] Such unfair trade practices by exporters do not fall under the protection of the principle of WTO’s non-discriminatory treatment of products originating in or destined for other WTO members. While dumping is not outright prohibited under WTO law, counter-measures are explicitly permitted when the domestic industry is affected by material injury. The remedies against dumping are regulated in the so-called ‘Anti-Dumping-Agreement’[6].

Three key determinations have to be made in order to impose counter-measures. The domestic investigating authority needs to establish that dumping does indeed occur, material injury exists and finally a causal relationship between those two elements has to be proven.[7] One pivotal question concerning the establishment of dumping relates to the determination of the normal value of a product, which needs to be compared to the export price. Usually, the export price of the presumably dumped product is contrasted with the price the product would have had if it had been introduced into the home market of the exporting country in the ordinary course of trade, i.e. in the ‘normal commercial practice for sales of the like product, in the market in question, at the relevant time’[8].

There are two alternative methodologies of calculating the normal value, which are used when certain circumstances prevail in the exporting country that do not allow for a proper comparison. Either the normal value is constructed by using the cost of production including additional costs or a representative third country price forms the basis for determining the normal value.[9] In the case of China, the third country referred to is usually India or Brazil. Pursuant to the Accession Protocol of China to the WTO, the EU in general regards China as a non-market economy.[10] WTO law stipulates that the prices of non-market economies do not have to be accepted as an appropriate benchmark for identifying the normal value of the exported product since such prices are not subject to market forces in the home market but rather under substantial state control.[11]

Where a causal link between dumping and the threat of material injury to domestic producers has been identified by national authorities, anti-dumping duties may be imposed.[12] The anti-dumping duty is a penalty imposed on imported products which should offset injurious dumping. It serves as an additional tariff, which unlike other tariffs only applies to specific suppliers.

The recent WTO-ruling has ended a years-long legal battle between the EU and China. After the anti-dumping duties were imposed in 2009, China challenged them under WTO law. A WTO-Panel adjudicated that the‘Basic Anti-dumping Regulation’[13] of the European Union and the particular measures[14] taken against the importation of Chinese fasteners are inconsistent with the WTO obligations. Both China and EU appealed certain issues of law and in 2011 the Appellate Body of the WTO essentially upheld the ruling of the Panel. The EU adapted its anti-dumping measures[15], but China argued that the EU had not fully complied with the recommendations and rulings. A compliance panel was set up whose report was appealed by the EU. The final verdict came on 18 January 2016, when the Appellate Body circulated its report, which principally confirmed the findings of the compliance panel.

Recently, a Reuters-analysis has stated that ‘value of China’s exports of the products to the EU peaked at over $1 billion in 2008, but averaged about $200 million after the EU imposed punitive tariffs on the Chinese exports in 2009’[16]. Besides the economic perspective, significant legal questions were touched upon by the WTO verdict. In EC-Fasteners the Appellate Body outlined its stance on the issue of non-market economy treatment towards Chinese imports for the first time. The EU’s rules permitted Chinese exporters to be treated like producers of market economies if they manage to prove that they operate under market economy conditions in their sector. Not only did this matter with respect to the determination of the normal value, but also concerned the question whether an individual duty rate could be imposed on a Chinese exporter or a country-wide duty rate that did not take into account the individual circumstances of the respective Chinese supplier.[17]

The legal foundation of this treatment can be found in Section 15 of the Accession Protocol of China to the WTO. The clause includes the presumption of Chinese non-market economy status and options for deviating from that presumption (Section 15 (a)) as well as the situation under which China must be granted market economy status (Section 15 (d)).[18] China can be awarded market economy status if so decided by the domestic laws of the importing country, in this case the EU. Furthermore, alternative methods of calculating the normal value of a dumped product as explained in Section 15 are due to expire by the end of 2016. The latter provision of Section 15 (d) in the context of other necessities under WTO law has led to controversial debates whether China is automatically to be classified as a market economy and if not what consequences the expiration would have.[19]

The interpretation of Section 15 in the light of the core WTO provisions and the Anti-Dumping Agreement had never been explicitly addressed during dispute settlement. In EC-Fasteners the Appellate Body adjudicated on the question of non-market economy status, but only focused on individual aspects raised in the dispute settlement process by China.  The Appellate Body pointed out that the scope of Section 15 is limited and certainly does not permit the EU to treat China overall differently from other WTO members in anti-dumping proceedings: ‘We consider that, while section 15 of China’s Accession Protocol establishes special rules regarding the domestic price aspect of price comparability, it does not contain an open-ended exception that allows WTO Members to treat China differently for other purposes under the Anti–Dumping Agreement and the GATT 1994, such as the determination of export prices or individual versus country-wide margins and duties’[20].  In other words, Section 15 only relates to the determination of the normal value in anti-dumping investigations. In addition, it was adjudicated that these ‘special rules for the determination of normal value in anti-dumping investigations involving China (…) will expire in 2016’[21]. A country-wide duty under the EU anti-dumping regime has been condemned by the Appellate Body as there were no specific exceptions in the Accession Protocol permitting such actions. Only individual duty rates can be determined and imposed on Chinese exporters. Hence, Section 15 has to be interpreted rather narrowly.[22]

The decision of the Appellate Body seems to implicitly indicate that Section 15 in general no longer applies after 2016, in effect classifying China as a market economy.[23] However, the Appellate Body has not explicitly ruled on the question whether China will automatically become a market economy, leaving the issue still open to debate. From China’s point of view, it has to be unconditionally and automatically treated like all other WTO members by the end of 2016. The EU believes that Section 15 still renders it clear that it is within the discretion of importing WTO member states to classify China as a market economy.[24] This seemingly technical matter is significant as it involves the trade with the EU’s second largest trading partner. Classification as a non-market economy leads to invariably higher anti-dumping duties as the methodologies of calculating the normal value of a product differ. Considering that China is the primary target of anti-dumping investigations[25], recognition as a market economy by other WTO members has been its primary trade policy objective. Currently, there are 52 anti-dumping measures of the EU in force against Chinese products, covering approximately 1.4% of imports from China.[26]

Following the recent ruling by the WTO- Appellate Body, China feels vindicated in its assumption that it will automatically receive market economy status. However, the European Commission still maintains that it rests on the EU to decide whether China is treated as a market economy. Given the economic implications and the potential loss of jobs in the European manufacturing industry, consensus among the EU member states does not exist.[27]

In conclusion, the WTO tribunals have rendered it clear that the EU’s anti-dumping rules applied against Chinese product were inconsistent with WTO obligations as such and in their application. The special rules of the China’s Accession Protocol cannot be a basis to discriminate against Chinese goods outside the strict limitations of these rules. A specific provision of these rules is expiring in 2016, but whether this implies that China is automatically entitled to receive market economy status remains uncertain. Most likely the negative economic outlook could trump legal arguments in reaching a common EU position. At the end of 2016 it might very well be a WTO panel and the Appellate Body that will be called upon by China to clarify the issue.

[5]Art VI GATT 1994: Dumping ‘is to be condemned if it causes or threatens material injury to an established industry in the territory of a contracting party or materially retards the establishment of a domestic industry’

[6]Agreement on Implementation of Article VI of the General Agreement on Tariffs and Trade 1994 (Anti-Dumping Agreement), 1868 U.N.T.S. 201

[10] Protocol on the Accession of the People’s Republic of China, WT/L/432

[11] Second Supplementary Provision to paragraph 1 of Article VI GATT 1947: ‘It is recognised that, in the case of imports from a country which has a complete or substantially complete monopoly of its trade and where all domestic prices are fixed by the State, (…)  a strict comparison with domestic prices in such a country may not always be appropriate.’

A Vision of European Green Diplomacy