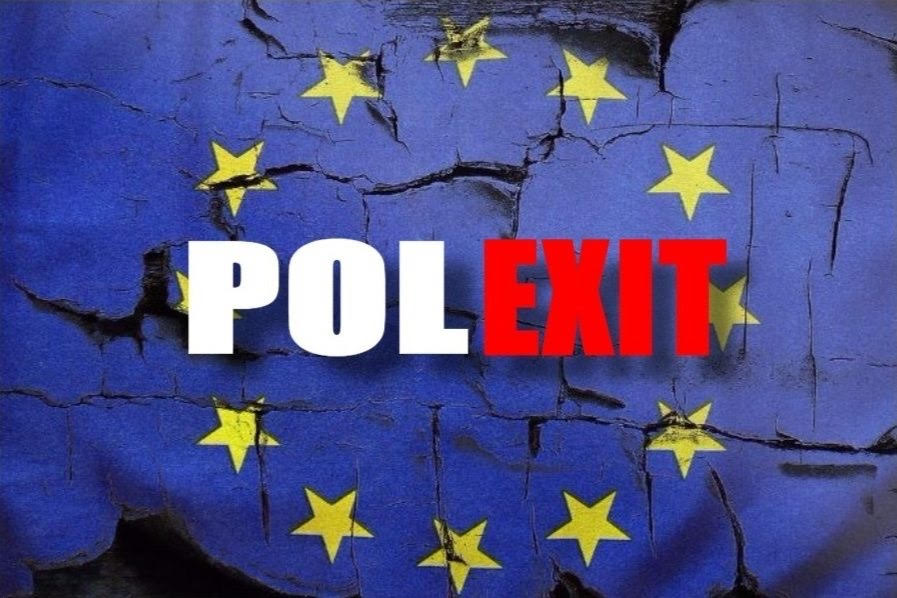 Nobody believed in the possibility of Brexit until it actually happened last year. It was out of the blue, and pundits on every continent were shocked. Now in 2017, the uncertainty of the future is felt everywhere. It seems as if the values of the last century on which the modern European order was built have been expiring. My generation has not experienced any wars or dictatorships in Western Europe, so abstract concepts such as peace, freedom of speech, and unity are natural to us. We are used to these concepts and cannot imagine our lives without them. But when these freedoms are taken away from us, we don’t know how to fight in order to ensure their protection. We have become unconcerned. It is often said that Poland’s departure from the European Union is likely to be next after Brexit. Though the majority of rich Poles still support the EU, there is a chance that it will happen. However, in this article I would like to try to prove that the possibility of Polexit is not as certain as it may seem.

Firstly, Poland and the EU have different energy policies. The EU is focused on developing green energy. Poland is going against these principles. This country consequently does not take part in solving these important matters for Europe. While the EU’s states are weaning their energy securities away from coal, the government in Warsaw is supporting the construction of new power plants based on this energy source. For now, development of renewable energy in Poland is being blocked (Ministry of Energy, 2017).

A more important issue than differences in energy policy, however, is the fact that Poland does not want to participate in solving the migration crisis, because it is afraid of accepting refugees from the Middle East. Although Muslims are not a large minority in our country (trust me, a lot of Poles do not even know how to distinguish Arabs from Latinos), politicians’ propaganda and terroristic attacks have suppressed the idea of allowing refugees to pass Poland’s borders. This fear has affected Poles’ attitudes towards other nations. My countrymen have started to distrust all foreigners because of mass hysteria incited by the politicians. This atmosphere has led to racist attacks on foreigners and even Poles who speak in foreign languages while on the phone in public. We can see that the Polish government’s aim is a destruction of  partnership between my country and the rest of Europe. The EU is only seen as an institution which gives money for free. Polish politicians do not share any values with their European equivalents.

Not only is the Polish government instilling its citizens with animosity towards refugees in Europe, but it is also trying to depict Germany in a bad light. After more than 70 years since the end of the Second World War, Poland has started to demand significant war reparations from its western neighbor. Although international lawyers claim that such a demand is ludicrous, our government has been sitting tight. These actions are aimed to embroil Germans and Poles. Poor and uneducated members of Polish society are really prone to patriotic propaganda, so they will follow this anti-German rhetoric. They support conservative politicians’ delusions of leaving the commonwealth.

Poland is the first country to ignore the European Court of Justice’s resolution (Stur, 2017). It is a precedence, so nobody knows how to act. I agree with EU officials that European law must be obeyed without exception, just as democracy and rule of law must be upheld. Nevertheless, it can be argued that some of the charges against Poland are rather dubious. For example, in the case of judicial reform, the European Commission (EC) considers different retirement ages for male and female judges to be a violation of gender equality rules. However, such legislation already exists in other EU member states. In Poland, different retirement ages for men and women has been considered the norm for many years and was never questioned by the EC before. Additionally, the Polish Constitutional Court ruled in 2010 that the privilege of women to retire earlier is constitutional.

Values which are being popularized now by conservative Polish politicians are not similar to the Union’s. This fact does not lead to strengthening bonds between my country and the Union. This dispute might be seen as a conflict between social conservatism and liberalism. Law and Justice, Poland’s right-wing populist party, considers the Christian roots of Europe to be the basis for any further EU integration. According to them, the integration should be limited to European nations and their respective values and traditions. They are skeptical when it comes to opening Europe to non-European immigration, and  they criticize the idea of multiculturalism. Conservative Polish politicians also advocate for strengthening the role of the traditional family (that is consisting of a husband, a wife, and children) in society. Consequently, they are against the legalization of homosexual relationships and deny homosexual couples the right to adopt children. They also oppose the easing of abortion laws, believing that unborn children have the right to live and their rights are equal to the rights of their potential mothers. Almost all of the above mentioned Polish values are either against the political correctness or against the interests of key EU member states.

The obstacles which Poland faces in the process of integration are in part caused by history. The society has been kept in a state of passivity by recent historical events, namely socialism, which  implemented  paternalistic demoralization within the country. But there is another factor which has favored the passivity of society, from the more distant, 19th century history. It is the idea of seeing Poland as a “Christ among Nations,” suffering on behalf of others. This messianic idea, which was introduced by the Polish Poet-Prophet Adam Mickiewicz 200 years ago, exhibited a cult of suffering and the sanctification of victimhood in order to elevate the country’s morale in the times of occupation. This cultural phenomenon created a dangerous element in the national consciousness through uplifting that the Providence itself has chosen Poles to fight against the evil of history. Throughout the 19th century, when Poland — partitioned by the three neighboring empires — had lost its statehood, Messianism provided a source of collective self-confidence. However, the same Messianism played a demobilizing and disarming role. It was not through one’s own daily efforts and labors, but through divine Providence, that Poland’s position among other states was to be established. The phantom of the civilizational and messianic mission carries with it a variety of consequences in many different spheres of social life. In my opinion it serves as an instigator for populistic demonstration of national superiority, an idea which cannot be reconciled with the vision of the state associated with broader European structures. A lot of Poles who are convinced of their country’s uniqueness consider themselves better Europeans. This belief deteriorates Polish integration with the rest of continent because in modern Europe, every state and every nationality is equal.

However, as I have mentioned before, I do not believe that Poland’s government will have courage to trigger the procedure of leaving the Union because  the consequences would be too high. Since 2004, Poland has really benefited from the EU’s budget, while the economy has been flourishing.  Removal of tariff barriers with other member states has boosted Polish exports, which has led to quality of life improvements. I would like to add that the EU helped to finance the erection of LNG terminal in Świnoujście by donating 839 million zlotys for this investment. This donation increased Poland’s chances of finishing the project while emancipating itself from dependence on Russian gas.

There is also an issue of national security. Poland’s departure from the EU would equate to a  return to the Russian sphere of influence, because Poland has always been considered by Russia’s military strategists as a key to Europe. I suppose that Putin would be thrilled to subjugate Poland. Poles are afraid of Russia’s strength, so they will not leave the structures of international organization which guarantee their state’s independence. Security and economic benefits of being in the EU are too important for Poland to simply throw them away. On the other hand, the EU is a voluntary, international organization, so every state which has joined should respect common rules and laws. If Poland does not follow them, why should it benefit from the EU’s financial contributions?

I do not want to imply that Polexit is unavoidable.  I presume that Poland is going to stay in the EU and its position in the commonwealth is going to decrease. From the poster child of economic and political transformation, this post-communist country will become a pariah, with whom nobody would like to interact. This scenario is sullen, but its likelihood is high.

Bartłomiej Kupiec is the 2017-18 EST Ambassador to Poland.