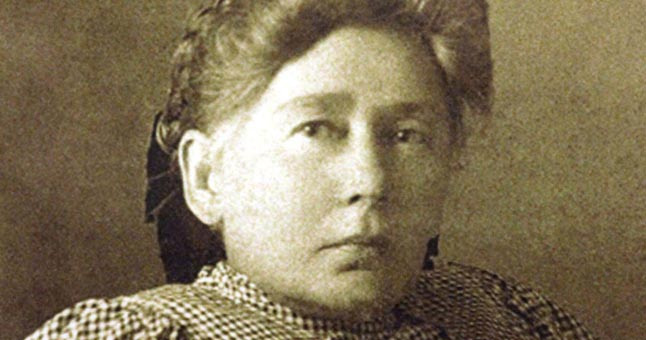 Feminism is a somewhat infamous term. One of the primary reasons is lack of public awareness what this word stands for. Many Conservatives in Lithuania would align it with Valerie Solanas adherents, while some might even thing it is just an invention of the recent times. In fact, very few famous people have vocally supported feminism here. On the contrary, there is the opposite tendency, – for instance, a female lead-singer of a Lithuanian band „Liūdni slibinai“ has to the disappointment of Lithuanian feminists fiercely denied “allegations of feminism” that were incited by her satirical song critical of rooted patriarchalism ”I‘m A Woman”. This is all too bad for a country whose statehood (and not limited to it) has always been linked with social and gender equity, where equal rights for men and women were fought together with the fights for Independence in early 1900s to late 1910s. This is a statehood where no one had even dared to seriously challenge the presence of women‘s rights once the Republic came into existence – after 150 years of absence on the map. This article is going to portray one of the most well-known people who played a major role empowering women and participating in national politics, Gabrielė Petkevičaitė-Bitė.

This name is not often, if ever, associated with feminism, apart from the fact that Gabrielė Petkevičaitė-Bitė and the other Lithuanian writer Žemaitė should hold the titles as first Lithuanian feminists, according to contemporary feminist academicians. However, her tireless life-long struggle to improve social conditions for women and economically unprivileged pupils, as well as a successful career in politics would align her on a par with other prominent statesmen of that time. It is not clear what were her motives when chose “Bee” as her pen name. The bees is highly perceived as a symbol of tireless and hard work and Gabrielė has certainly lived up to it. Not limited to her work during the Independence period, she was an influential member of the Lithuanian Democratic Party, the 2nd underground Lithuanian political party established in 1902. Her activities distributing illegal literature (Lithuanian language usage in public was prohibited and only books in Cyrilic were allowed) cost her persecution by the Tsarist authorities. Throughout 1890s to early 1900s she was involved in teaching children from poor families. She was a co-director of the first play in Lithuanian “America in the Sauna” which was staged in a private building in Palanga town, 1899. A year later she and a fellow feminist author Žemaitė wrote yet another play, titled “The Happiness Sold Out”.

Consequently she was also among a few female delegates to the Great Seimas of Vilnius, organised 1905. This quite spontaneous assembly was inspired by the Russian Revolution of 1905, resulting in democratisation of Russia and hopes to gain autonomy for Lithuania. It was during the Great Seimas of Vilnius that the universal suffrage, not excluding women, was concluded, thus making Lithuania one of the first countries to grant women’s rights to vote. The “only” obstacle for a proper implementation of such a progressive provision was that Lithuania was geopolitically a non-existent entity, so this provision was first exercised only in 1919 when Lithuania organised its first ever election, 1 year after the Independence from the Russian Empire. Bitė was also among the leading figures in numerous women organisations, including the first Lithuanian women gathering in 1907, Lithuanian women’s unions formed in 1908 and 1922. It is obvious Bitė was certainly among the ones responsible for the progressive provision during the Great Seimas of Vilnius. Some traditionalists would ridicule women’s involvement in politics even in 1920s, but no serious discussions whether to reconsider the principles of suffrage took place (universal suffrage had already been guaranteed by the Constitution). However, it does not mean that women had no challenges, now that they were supposed to have equal civil rights with men. Both Vilnius Conference and the succeeding Council of Lithuania which would sign an act of independence were comprised solely of men. Furthermore, all 20 delegates, but one, were ethnic Lithuanians. As a result women activists staged a protest, demanding delegates representing women and ethnic minorities. Even though 3 Jewish and 1 Belarusian Jewish delegate were invited to join the Council, it remained 100% masculine right until the end of 1918.

One of the first female parliamentarians and presidential candidates

Despite having been ignored in 1917-1918, Lithuanian women had a good chance to exercise their political rights during the first election in 1919. 5 women out of some 30 candidates were elected, including Bitė. She was the only left-wing woman candidate elected, the other 4 being members of the Lithuanian Christian Democratic Party. 5 women delegates (or almost 5%) in the Parliament was quite an achievement, not only for agrarian Lithuania with embedded patriarchal values, but also in the European and North American context where many women had to either keep fighting for their right to vote or had no representation in the Parliament. Some delegates left the Assembly over time and another feminist candidate Felicija Bortkevičienė took her place in 1921. Even more surprisingly, Bitė chaired the first session of The Constituent Assembly of Lithuania, a predecessor of the Parliament of Lithuania as one of the oldest Lithuanian delegates (the oldest one, Simonas Rozenbaumas, could not speak Lithuanian). The situation was quite unprecedented, as the first session was chaired by Gabrielė, with a secretary also being a fellow female parliamentarian Ona Muraškaitė-Račiukaitienė. Here is an excerpt from a passionate speech by Bitė.

“[…] I am happy to be able to chair [the Constituent Assembly] as an old independence fighter of my nation, as a woman who has acquired equal rights that we had been craving so much, as a member of the society who ceaselessly fought against all sorts of enslavement, either by other nations, social class or capital. Our nation’s journey to freedom was long and particularly exhausting. It was not easy for us either, who find themselves in this precious manor of Independence brought by the will of the people. We have been suffering various kinds of oppressions for over a hundred years after all.[…] Let us behave in a cultured manner wherever we go and let our nation take a gun only if our enemy is about to attack us. We understand well that our fate is in our hands and that all we have to trust in is ourselves; it is by our strength that we have to heal our old wounds and throughout tireless and organized labour can we rebuild our country which had suffered tremendous damage caused by war. We, the delegates, should not even for a moment forget that we are only here to fulfil the people’s will, when exercising our great work. Let us work here according to the expectations of those who have sent us here.”

She would later resign and come back to the city of Panevėžys where her primary activity was teaching and being a patron for talented young people from the poor background. Bitė became the first female presidential candidate in 1926. According to the Constitution of Lithuania, a president was elected by the members of the Parliament. Nobody knew the term “gender balance” at that time, but this election was famously the only perfectly gender-balanced presidential election in Lithuania. She stood against Socialist Kazys Grinius, Antanas Smetona (Nationalist Union) and another fellow left-wing woman candidate Felicija Bortkevičienė. However, she lost to Kazys Grinius who received 93% of the delegate votes.

Bitė remained loyal to her ideals and continued teaching and supporting individuals from poor families, publishing articles, writing novels and maintaining women’s movement. However, the coup d’état by the Nationalists in December 1926 made her involvement in politics more complicated. The new government dissolved the Parliament the following year and was uninterested in either democracy or women emancipation. Even when the new Parliament consisting of one party was finally elected 11 years ago, it was 100% masculine. Furthermore, taking the United States as exemplary, the Nationalist government adopted a law which forbade working for both spouses in a state sector, unless their salaries did not exceed a certain amount of money, on the excuse of the Great Depression. This resulted in most middle-class women forcibly turned into housewives.

Most pro-feminist organisations were unwelcome over time and only women’s gatherings, sanctioned by the Lithuanian Nationalist Union (such as the one led by Sofija Smetonienė, a wife of the president and – surprisingly – a goddaughter of Bitė) were ultimately allowed. On the other hand women’s gatherings were not targeted as long as they did not seem overly political, partly because president Smetona appreciated women‘s contribution to independence. It is not known to what extent Bitė was involved in women‘s clubs and organisations after 1927. Already in her late 60s she extensively wrote publicistic articles and novels, many of which resembled her life-long struggle and ideals. She was an outspoken preacher of tolerance and humanist values, as well as a critic of a socially unequal society. Her devoted work as a teacher and patron for poorer pupils, as well as her former contributions to the Independence were recognized by the state. Two state orders were appointed to her from the president himself, despite the two technically being political rivals, in 1929 and 1936.

Bitė passed away during the most chaotic and tragic times for Lithuania (Soviet occupation 1940-41, followed by Nazi occupation in 1941-1944) in 1943, aged 82, in the city of Panevėžys. The future of women‘s organisations became more unfavourable than ever, with many former women activists becoming victims of political repressions or being forced to flee to the West before the 2nd advancement of the Red Army and a consequent re-occupation. The legacy of women involved in establishing Lithuanian statehood and fighting for women‘s rights, including Bitė, was attempted to have been forcibly erased during the upcoming period. Such attempts, however, have proved to be fruitless. The works of Bitė advocating social justice and tolerance, as well as her enormous contribution to Lithuanian statehood, live in the hearts of many Lithuanian people and continue to influence even the youngest activists.

Podcast: Eastern Enlargement: what does it mean for the future of the EU?

As war keeps raging at Europe’s doorstep, the new membership...