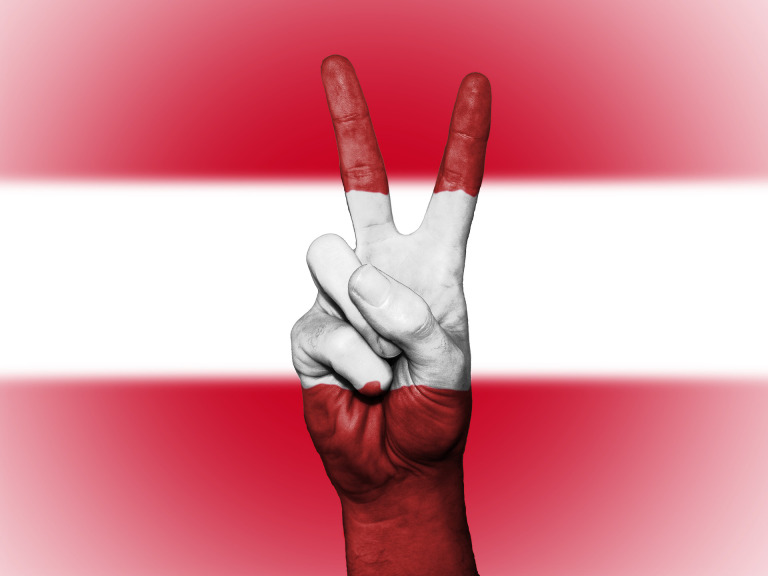 Among all the political earthquakes that shook the world in 2016, the Austrian presidential elections stand out from such events. This is definitely neither due to the country’s impact on global affairs nor to the powers associated to the position of president in Austria, as its role is mainly ceremonial. It is much rather about the symbolic value these elections hold for the future of Europe.

On December 4th 2016, Austria elected Alexander Van der Bellen, an independent candidate and a former member of the Green party, as its new head of State, therefore preventing his opponent in the second ballot, Norbert Hofer, from becoming the first far-right president in Europe since the end of the Second World War. It is therefore not surprising that liberals across the entire continent breathed a sigh of relief when the results on the country’s longest election campaign in history were revealed. However, this win raises the question of whether the controversial events such as the Brexit referendum or Donald Trump’s electoral victory had any influence on the population’s voting behavior, and if so, could these elections be considered somewhat of a turning point in global politics?

The Austrian presidential election in 2016 was unique in its nature not only because of its protracted length but also due to a variety of other reasons. First and foremost, it is the first time in the country’s history that a candidate not coming from the ranks of the two current government parties, the Social Democratic Party of Austria (SPÖ) and the Austrian People’s Party (ÖVP), won the elections.  To make things worse for the ruling parties, their nominated candidates together did not even receive 25% of the casted votes, and were therefore eliminated in the first ballot. Norbert Hofer from the far-right Austrian Freedom Party (FPÖ) clearly won the first election round with a majority of 35.5%. Second in place and therefore to become Hofer’s opponent in the second ballot was Alexander Van der Bellen with 21.34% of the casted votes. The second ballot, which took place a month later on May 22, developed into a true nail-biting event with Alexander Van der Bellen emerging victorious by a narrow margin of merely 0.7%.

However, the FPÖ disputed these results, claiming that there had been a number of irregularities in the counting process, and challenged the vote at Austria’s constitutional court. The latter then ruled on July 1st in favor of this notion, and decided that the entire vote as such would have to be repeated. Decisive for the court’s decision were irregularities found in 14 constituencies as well as the premature disclosure of information on the election’s results to the press. The rerun for the second ballot was initially scheduled for October 2nd but had to be postponed for another two months due to dissolving glue used on polling cards. This action represented, according to the interior ministry, a necessary measure since the secrecy of the ballot could otherwise not be guaranteed. After nearly an entire year of campaigning, on December 4th, Austria eventually held its final round of voting at which Van der Bellen emerged victorious. However, this this time with a much more advanced lead of 53.8% compared to Hofer’s 46.2%.

The perhaps most pressing question about the result is how Alexander Van der Bellen managed to increase his lead to such an extent within just a few months, and more specifically if events such as Brexit and Trump’s victory may have had any impact on the population’s voting behavior? There seems to be a consensus among observers that these may have influenced the election process. However, as Stephan Löwenstein from the “Frankfurter Allgemeine Zeitung” depicts, incorrect predictions on the outcome of Brexit and the U.S. elections had made these same observers wary of making a statement on what effects these events might have.

Given the results of a poll conducted in July by the Austrian Society for European Politics, stating that merely 23% of surveyed Austrians are in favor of EU-withdrawal, it would be safe to assume that Britain’s decision to leave the EU rather benefitted Van der Bellen who, in complete contrast to his opponent, stood as a firm supporter of the European integration project throughout his campaign. Löwenstein makes the same argument on Brexit but finds it much more difficult to find a clear answer on the so-called “Trump-effect.” According to Löwenstein, most observers believed that the effects of Trump’s electoral victory would benefit both sides equally as Hofer-supporters could have felt encouraged by the win of a fellow anti-establishment candidate while Van der Bellen-supporters could have felt vindicated in their desire to avoid a similar outcome in Europe.

This argument coincides with the findings of a survey conducted by the SORA Institute for Social Research and Consulting, which analyzed the voters’ main motives behind their candidate choice. The survey found that for 67% of those voting for Van der Bellen the main argument was that he could represent Austria abroad well, and 65% stated that his pro-European stance was a decisive factor. 55% of those who voted for Hofer on the other hand indicated his understanding of the people’s issues as their main motive while 54% stated that his stance against the political establishment was the main reason for their choice in candidate.

After analyzing these numbers, it is likely to say that the outcome of the Brexit referendum and the “Trump-effect” might have contributed to Van der Bellen’s victory. However, can one victory in favor of a liberal candidate in a small country like Austria be considered a triumph for liberalism and the turning point in a year, which has seen the constant rise of populism? The answer to that question is most likely, no. Let us not forget that despite this impressive achievement, 46% of the population has voted for a far-right, Eurosceptic candidate raising concerns over the role of Islam in Austria’s society. Furthermore, current polls on the next parliamentary elections to be held in 2018, which hold significantly more importance to the country than presidential elections, show the FPÖ in the lead at around 34%. The rise of populism is anything but bound to national borders as we have seen in Britain, the U.S. and most recently in Italy when its people turned down former Prime Minister Renzi’s proposed constitutional reform via referendum. This move was to a large extent driven by the populist Five Star Movement and Northern League.  According to Matthew Goodwin, this struggle against populism dates back to a time before the current financial and refugee crises in Europe unfolded, and he sees the fault of its rise to a large extent lying with the liberal establishment itself. “Rather than setting out a positive case for their ideas and genuinely exciting voters, liberals too often fall back on the less impressive strategy of having to point out flaws in their rivals.”

So, while representing an impressive win for liberals in Europe, the outcome of Austria’s presidential elections should not be viewed as a fundamental turning point. It has shown that a broad coalition of centrist and left-leaning parties can make a difference in the fight against right-wing populism but with crucial elections to be held over the course of the next year, it becomes even more important for established liberal parties to realize that all segments of society must feel acknowledged and heard by those leading them.

Dominik Draxler is currently enrolled in his final year at the Diplomatic Academy of Vienna, pursuing a Master’s Degree in Advanced International Studies. Alongside his studies, and activities as an EST-Ambassador to Austria, he is completing a traineeship at the Bruno Kreisky Forum, a European think-tank based in Vienna. This acts as a center for dialogue where politicians, scientists and intellectuals analyze complex international issues and take a public stand on political events.