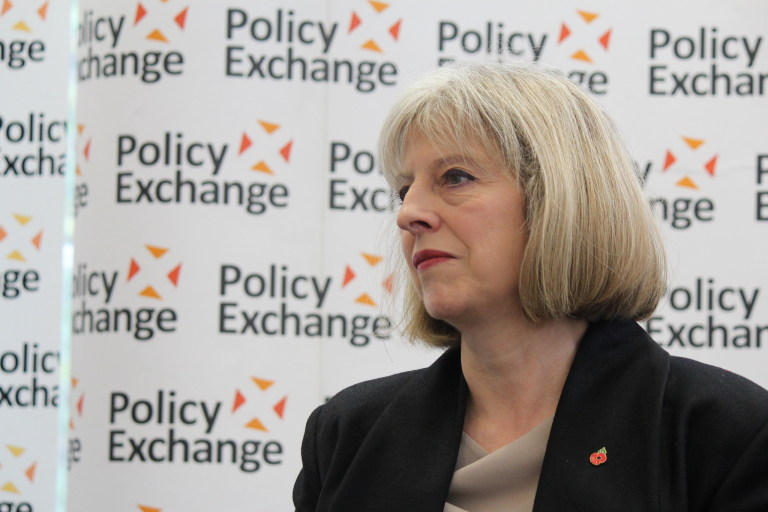 Although a decent deal on Brexit is in the interests of both, Britain deserves a run for its money in the forthcoming negotiations. Reasons for this may not be immediately obvious to the British observers, nor to the many in the British political classes.

The potential for breakdown is very high. Prime Minister Theresa May sent a letter to trigger Article 50, the mechanism for leaving the EU, on Wednesday 29 March 2017. By the following Sunday 2 April, previous Conservative party leader Michael Howard alluded to going to war with Spain over Gibraltar, because the EU’s response highlighted that Spain would have the right to agree to any Britain-EU deal. And this is only the beginning.

On two separate occasions this year, two former British prime Ministers, from different political parties, made major speeches, voicing concern on the government’s over-optimistic expectations of Brexit and general handling of the affair. These were Tony Blair, and John Major, on 17 February and 27 February. I include their comments in my separate piece on citations on this subject: ‘Mother of all divorces’.

Many pro-Europeans in Britain may feel that the country, on the whole, deeply misunderstands the European project and Britain’s relationship to it. They may also feel that in many ways Britain has mistreated its European partners: Back in the 1970s, it was poor Britain who knocked on the door of rich Europe to get in. When Britain did get in, it pushed for expansion of the club to include eastern European countries. Britain later complained incessantly about the EU’s overbearing nature, and immigration coming from the countries which Britain wished to be included.

I could write much on the historical ironies of Brexit. I challenge a mainstream belief in Britain that the Europeans should come to heel and be nice to Britain and give seven reasons for this.

1. Britain did not apply transitional caps to free movement

The EU allows for existing member states to put caps on immigration from new or entering member states, for up to nine years. Crucially, Britain, was one of the few Member States that did not do this when 10 eastern-European countries entered the EU in 2004.

Given that Britain was the first and one of only three countries to open the doors from the beginning, this lead to a huge influx – 1 million arrivals in the period immediately after 2004. Two reasons explain why Britain did not utilise these caps: 1) Projections by the Blair government at the time of the numbers that would come were vastly inaccurate; 2) Britain had genuine labour shortages.

As such, mechanisms were available within the EU to have a better approach. Transitional caps on free movement would likely have meant Eastern European immigration to Britain would have been considerably more manageable.

Indeed, the influx marked the beginning of the rise in mass-Euroscepticism. Chancellor Philip Hammond, on 20 January of this year blamed Blairfor Brexit for this reason. It is one of the many reasons which led to the outcome of the referendum.

Now, Brexit is forced upon EU leaders. It seems reasonable that other EU leaders draw a redline on free movement, given Britain did not apply these caps which was within their rights, whilst they did.

2. Was Brexit an invalid vote? Misinformation

The EU allows for Member States to leave, if they democratically wish to do so. There is no problem with this. One of Brexit’s causes, however, was a plethora of misinformation about Brussels on that part of the Leave campaign.

It would be without problem then, if the result had been procured on the basis of correct information. So, the result of a dishonest campaign has been foisted upon the EU and its Member States, to deal with, disrupting the political landscape across the continent and distracting attention from more pressing problems. Mrs Merkel expects to be dedicating very little time to the affair for this reason.

Brussels bashing may soon reach an ugly climax. So be it. What Brexiters promised, was never possible, in any case.

A prominent professor of law, Michael Dougan, recently told me that when such inconsistencies of the leave-campaign are exposed, that the reaction of many right-wing politicians in Britain will be predictable – to blame any negative consequences on the European Union:

The rules of the club were already bent for Britain. Commonly touted was that Britain never participated in the Euro and the Schengen border-free zone. Britain’s exceptional positon in reality went further than this: Special budgetary provisions; opt-outs from Justice and Home affairs regulations; Cameron’s reform negotiation.

Instead of bashing the Euro or the Schengen/refugee-crisis, during the campaign, then, it might have been more fitting to see Britain’s opt-outs as positives. The EU was prepared to bend the rules and give Britain such a deal, meaning that the country was sheltered entirely from the Euro and Schengen/refugee crisis.

Britain was the only member to have such a bespoke, favourable deal. The EU can certainly survive a Brexit for these reasons – there is much less to be extricated from. It is acceptable that the rules are bent for a member. They should not be bent for a non-member.

And so, is a firm reaction from the Europeans punishment or reciprocity? Is it protecting one’s interest? Is a firm reaction a normal reaction to a seismic event? The Maltese P.M. Jospeh Muscat, said on 11 January of this year that Britain’s deal must be:

“Inferior to membership … otherwise would indicate a detachment from reality.”

It is for this reason, I believe that the idea such as put forward by Hans-Werner Sinn – that the EU shouldn’t punish those that wish to leave, to make a point – is not quite right: It seems unreasonable that the EU should not be labelled as spiteful for protecting itself against free-riding. It is hard to deny Guy Verhofstadt’s statement that it would be perverse to have a situation whereby non-members have a better deal than members. Otherwise, what would be the point of a club?

For all Europe’s disunity, they appear to agree with Mr Verhofstadt and Mr Muscat, across the board. They should continue to be coordinated and disciplined on the issue.

Mrs May’s threat to turn Britain into a low-tax, floating Singapore, if she does not get a good deal, is hollow. Britain’s corporate tax, (soon to be 17%), is already very low compared to the OECD average. A model of reduced regulation, lax labour market, etc is contrary to the more socially cohesive, less globalised vision she holds for the country.

What works for Singapore or the Caribbean does not work for Britain: The high earners of the Caribbean do not require a publicly-funded NHS; Caribbean states have stubbornly high budget and trade deficits, financed by borrowing.

When drawing up the Brexit deal, then, EU leaders should not fear that commerce would flood out of the EU and into low-tax Britain. If Britain successfully turned itself into a bargain basement economy, it would be the first large country ever to do so.

It is easy for Mrs May to say that trade deals will be won the world over, when the practicalities and political realities of doing so, lie in the distance.

Britain’s cosying up to the US is more a sign of weakness than strength. Britain feels obliged to prove to the EU that we have other allies. A rushed deal with an economy 7 times larger will be on the US’ terms. A large loss of British sovereignty.

Britain’s claim that it has other options in the world beyond Europe, is not clear cut. Britain will also discover three harsh realities about free-trade deals in Brexit land: 1) Our deal with the EU will remain most important – Britain trades more with the Netherlands than we do with the entire commonwealth (see graphs in next section); 2) Open economies require open immigration systems, as the leaders of Australia and India made clear to Mrs May; 3) such deals will not cover services – the mainstay of the British economy.

If Britain became wholly sovereign and reduced immigration, and at the same time became a bastion of free trade in services, it would be the first country ever to do so.

The British empire in 1886: Many believe Britain joined the European Community at the expense of its global ties.

6. “We need them more than they need us.” It’s the European Economy, stupid

Whilst British exports to the EU are worth some 12% of British GDP, EU exports to Britain make up just 3% of the EU’s GDP.

Yet, Britain is disproportionately important to the EU economy. It is the single largest market for the Eurozone. A sensible deal is in the interest of all.Britain’s financial and economic systems are highly integrated. A sudden break could become a car crash and bring down the continental economy.

Take finance, the City of London’s financial services are very mature and sophisticated, but that is not to say they do not need single market access: Clearing houses and securities trading have high EU exposure. Yet, it seems reasonable that EU politicians do not allow sectoral carve outs for Britain’s financial services.

“In regards to the City’s banks… many will continue to move… London’s services are vast, but we are inevitably going to lose certain bits of it. It is like going from a 9/10, to a 7 or 6/10.”

When giving Britain the ‘freest possible access’ to the single market (mostly for financial services), its rules of observing the free movement of people should apply no less to Britain. The inability to entirely cherry-pick EU membership, at least, appears to be understood by the British administration. Insiders inform me that the mood is not particularly hostile. However, Europeans have electorates too. Wouldn’t a cherry-picking Britain play into the hands of Marine Le Pen?

EU leaders should not fret on May’s threat to walk away from no deal. Appearing desperate would be a bad tactic. The below figures demonstrate the situation well.

7.The EU is stronger than it thinks it is

The European project lacks confidence. At the same time, Europe looks to be increasingly on its own. It is certainly fair to say that an element preventing the EU states holding their own as a unit, is the belief that they can’t.

Previous US secretary of state John Kerry messagefor Europeans at the Davos summit on 17 January of this year:

“Europe has got to believe in itself … no assembly of countries has grown as powerfully as Europe has.”

Perhaps it takes an outsider to remind Europeans of their fine achievement.

Nowadays it is the ‘sensible’ Anglophone countries that seem to be behaving rather oddly. The new US administration, now dangerously, for the first time, seems to be joining some Britons in longing for the demise of the European project. In that regard, Britons have been proven wrong, every step of the way.

There is certainly no doubting the gravity of its current trials. However, building the peace and prosperity that Europe has done, since 1945, was certainly much more of a challenge than overcoming the problems it faces today, including Britain’s departure.

It may be that the British government’s tough rhetoric is only that – rhetoric. Recently, the government seems to have softened its line. Insiders also inform me that meetings take place regularly between London and Brussels to arrange a soft Brexit, away from the cameras. We can only hope that this is reality sinking in.

This article was written by Sean McLaughlin

Citations on the topic are compiled by the author in a piece named ‘Mother of all divorces’, available here.