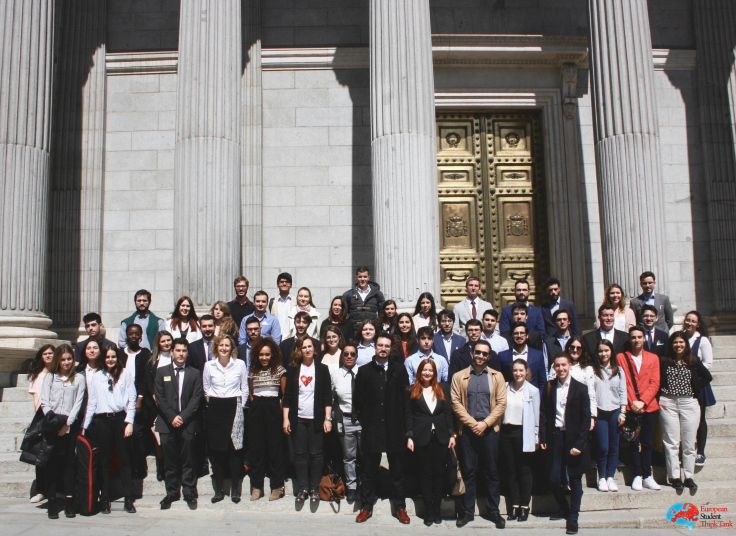 In the wake of the 60th anniversary of the European Union, the European Student Think Tank hosted a debate in Spanish Congress on the future of Europe in which 90 students, experts and international and national politicians participated.

The year the European Union turns sixty, Europe is possibly facing its most critical moment since the end of World War Two. The nationalisms that threw Europe into the last world war have resurged in a political scape that is more and more polarized. We are also facing a crisis of confidence in our institutions and the effects of unsustainable globalization. Now more that ever it is imperative to reform the European Union upon the pillars of social justice in order to preserve longest peace project in history.

With the participation of our panel of experts together with the generation of young people that will inherit the European project, we debated the future of the European Union, analysing from the refugee crisis, to the Monetary Union, to terrorism, journalism and the post-truth era, gender equality in Europe and our common European History.

Estrella Galán, Secretary General of the Spanish Commission of Aid to Refugees

Carlota Merchán, Member of Spanish Congress for Madrid, Secretary of cooperation and migration of the PSOE

Read the article about the European Student Think Tank Spanish Parliament debate in the website of the King Juan Carlos University here.