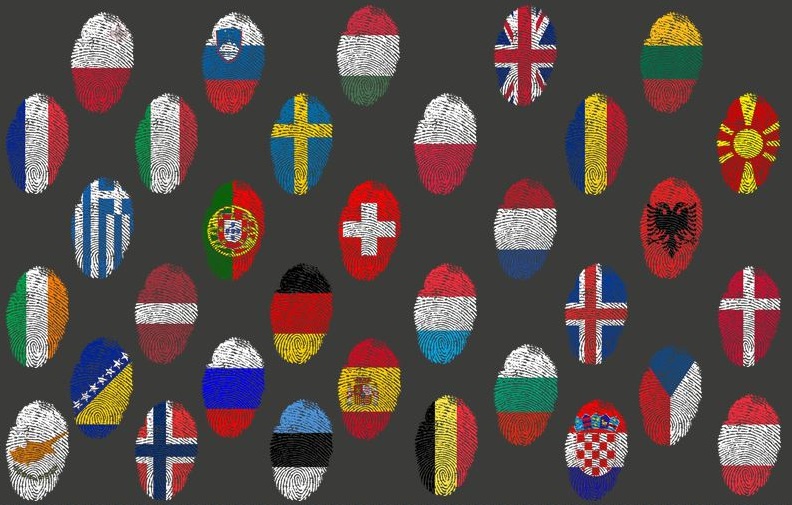 How would you capture Europe? Or a European identity? Our Ambassadors of the European Student Think Tank have made up their minds about what European identity means to them. Not surprisingly, their views differs from country to country and from person to person; which, more than anything, shows that Europe is a continent united in diversity. The following articles are therefore a first step to establish how we can all be part of the same continent, with possibly a common identity regardless of our different definitions of it. As such, these articles should be read as an inspiration by and testimony to this diversity of the European continent.

Reclaiming our European identity in the New International World Order

Our European identity can be traced back to the most successful peace project in recent history: a project that rebuilt a continent that had been torn by war. Our European identity can be identified in the concept of solidarity by Schuman and Spinelli, and the legacy of solidarity which young people follow when volunteering across Europe and shaping our local communities. Our European identity originates from the strength of a continent that focused on re-building our economies and our societies, during a time when at either side of our borders, an arms race escalated following the Cold War. This experience is formative who we, the younger generations, are in Europe and about how our identity is forged on the realization of a peace that not only aims at excluding war: now more than ever, in a “post-truth” era where nationalisms are howling, what Europe stands for could be the greatest hope for the future of humanity.

By Bartłomiej Kupiec, Ambassador to Poland

Although nations in Europe have different historical experience and mentality, they have been able to cooperate in the EU. How has this been possible for such a long time? In my opinion the so-called European identity is the best answer to this question. It manifests itself in common values the citizens of Europe share. For instance, although I was born in Poland and have this country’s citizenship, I have never described myself as Polish. Maybe it was the effect of my addiction to learning English, German and reading literature from all European writers. Someone’s nationality has never been important to me. I think that when we master a foreign language, we develop specific connection between ourselves and the nation which uses it. We start to adopt their culture and customs; we do not consider ourselves as for instance German any more. We can visit foreign lands and feel as though we were born there.

I think that those of us, who are aware of the existence of a European identity, should try to promulgate it by organizing events with the aim to integrate nationalities with one another. There needs to be stronger emphasis on learning various languages in the education systems of the Member States. We all appreciate masterpieces of the Renaissance and contemporary artists from every corner of our continent, which proves that culture that was created by many nations of Europe does not have any borders. European identity means abandoning national prejudices because we all cultivate and admire the same values. We are all equal, we are all Europeans.

Does the European identity stretch beyond actual borders?

By Hélène Richard, Ambassador to Russia

It is pretty difficult to talk about a common European identity when dealing with Russia. While the concept of European identity is often being questioned, its definition goes with the willingness to be part of a collective identity based on a personal choice[1], and more importantly, with perceiving the sense of belonging, not at least expressed by the concept of EU citizenship. Yet, even if one cannot share a common identity, one can still share “affinities”[2] or “similarities” echoing a common history, social behaviours or long-term goals.

At first sight, it appears that Russia and the European Union do not have anything in common, because of their nature itself. The organisation now known as the European Union was built based on the initiative of states, a will. Conversely, Russia is a sovereign country, with its own story and its own Eurasian perspectives, often appearing opposed to “European values”, which Russia peculiarly qualifies as being “Occidental values”.

If we have a look at other regions formerly part of the former Soviet Union, we notice that the implementation of political and economic instruments contributes to the creation of a form of shared European identity. The Eastern Partnership[3], a European Union instrument, aims at creating cooperation through shared values and shared goals, of which Armenia is a striking example.

Thus, a European identity can exist beyond actual borders, but still needs to be defined as part of an ongoing process.

One continent in this world

By Marco Vento, Ambassador to Italy

How you feel – your identity – is a very personal thing, in particular for us young Europeans who are living Europe at its best. Personally, I can say that the first time I felt really European was in a city of the South of England, Truro, in Cornwall. There I met young Europeans, thanks to the Comenius Project, which is organized by the European Commission.

This experience truly changed my life. I had the great opportunity to work with students from the UK, Finland, Germany, Poland, Spain and other European countries. The way we worked together, this European mix of cultures, ideas, ways of doing our tasks amazed me. Even more so, when I compared this situation with seventy years ago, when we were fighting each other mercilessly. I realized how close I felt to strangers who came from the opposite side of Europe as well as how we could benefit from each other when we overcame our preconceptions and worked together, as brothers and sisters. There are no words that can help me explaining the common spirit of those days, the happiness and the joy we had working, playing and eating together.

What makes us so close, even with our differences, is the European identity, that comes from a common culture, similar religions, common habits, shared values but above all from our history: the European continent has seen the bloodiest wars, and this experience has taught us to put aside our differences and face difficulties together. This common identity is something that other continents cannot have. As Europeans, we have to make sure that we can reap all the benefits of this unique characteristic of Europe.

By Borana Resulaj, Ambassador to Albania.

It is indisputable that the European Union emerged as the most important and difficult attempt for creating a supranational entity: The European continent was destroyed after WWII, and more than 60 languages (excluding dialects), hundreds of traditions and various cultural groups were and still are prevalent.
I believe that the road the Union has undertaken was possible due to a common European identity, which was firmly based on a set of values the founders trusted in and the members of the big family still trust in set out, as mentioned in the Article 2 of the Treaty on the European Union: “The Union is founded on the values of respect for human dignity, freedom, democracy, equality, the rule of law….”.
However, these values have been jeopardized time and time again due to recent crises, exemplified with the YES vote of the British for leaving EU. Personally, I felt these doubts myself more than one year ago in Brussels when everyone around the building of the European Commission was seriously doubting the common European Union. Nevertheless, I also felt the contrary in Rome at the 60th anniversary of the Rome Treaty. Celebrations on the streets of the capital allowed me to breathe the real European Spirit. And I feel the European identity even more; with the regret of British, the possible Scottish referendum, the French elections and the extensive attempts of small Western Balkans countries to be part of the Union.
The idea behind a European identity is not to abolish diversity, but mental restrictions; not to forget about national values but to strengthen them by mixing with common European ones; not to “destroy” nation states but their physical and mental borders. And then people will hopefully soon identify as European German, French, Czech or Albanian.

[2] Robert Schuman himself said that “a true community require at least some specific affinities” in, SCHUMAN Robert, Pour l’Europe, 1964, page 195