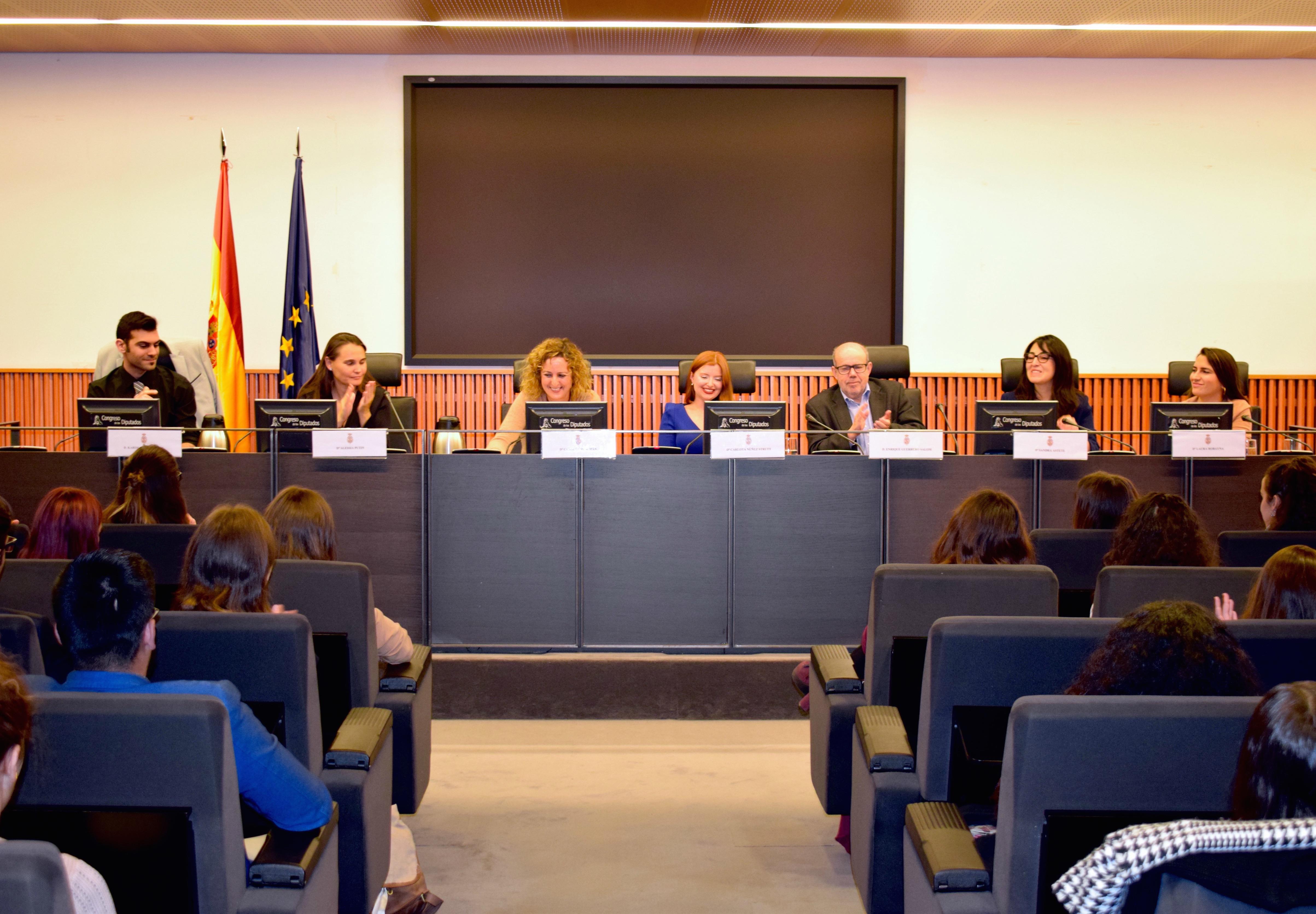 On Monday November 27 the European Student Think Tank hosted a Youth Session in Spanish Parliament on the United Nations and the European Union.

The event, hosted by our Ambassador Carlota Núñez Strutt, brought together more than a hundred young people and representatives of UN agencies, the EU, journalists and politicians. Given the emergence of a new polarized international order, the debate addressed the political reform of the UN and the EU to face the challenges of globalization. We highlighted how investing in young people is essential to strengthen the role of international cooperation and the SDGs.

The more than a hundred students that participated were able to exchange their views with our panel The event was hosted with the support of Spanish Member of Parliament Carlota Merchán, who is the social-democratic spokesperson for International Cooperation & the UN.