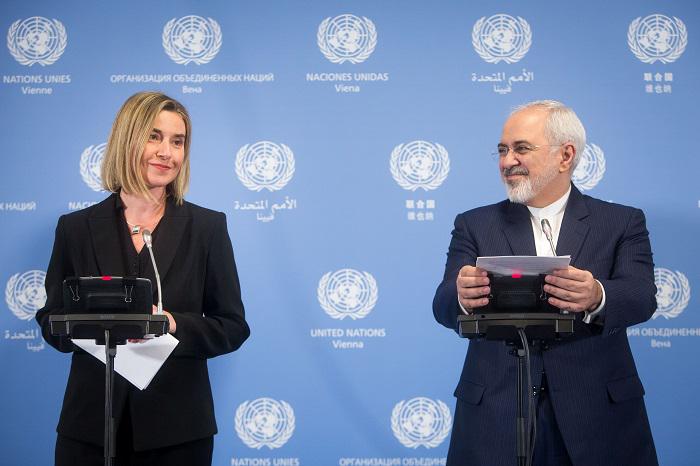 The Joint Comprehensive Plan of Action (JCPOA), also known as the Iran nuclear deal had been signed in Vienna in 2014 by the so-called P5+1, which refers to the five permanent members of the United Nations Security Council and Germany. The deal has been considered a major achievement of the Obama administration as it prevents Iran for a certain amount of time from acquiring nuclear weapons. After so many years of disputes and sanctions over Iran’s nuclear programme, it was considered to be a historic moment.The article’s main core is the EU commitment under the Iran nuclear deal.

During the first decade of 21st century, the United Nations Security Council (UNSC) has adopted a number of resolutions condemning Iran’s proliferation of nuclear weapons. Resolutions 1929 (2010), 1803 (2008), 1747 (2007) and 1737 (2006) ban any activity related to it. The EU implemented the UN sanctions  through its legislation. Restrictions included the economic-financial sectors, trade, transport and travel.

In November 2013, the agreement reached between Iran, the European Union and the P5+1 led to the suspension of the sanctions against Iran. The agreement has been extended until 2016 by the Council in order to implement the JCPOA  (European Council, 2017).

The EU High Representative, Federica Mogherini, stated that the nuclear agreement is working, delivering and functioning underlining the full commitment of the EU and its Member States to the agreement (EEAS, 2017). However, President Donald Trump has threatened to terminate the agreement if the amendments  proposed by the U.S would not be accepted (The Guardian, 2017). More specifically, Trump stated that US participation can be cancelled at any time. Taking into account the commitments fulfilled by the Iranian side with no violations so far, the EU Foreign and Security Policy chief declared clearly that “It is not a bilateral agreement. It does not belong to any single country. And it is not up to any single country to terminate it » (Politico, 2017). Verifications of the smooth functioning of the agreement have been conducted by the International Atomic Energy Agency (IAEA) without reporting any violations on the commitments so far.

Donald Trump requested the US Congress to reimpose the sanctions on Iran. According Mogherini, this decision has an impact on the domestic level of the U.S and not directly to the JCPOA as the agreement concerns the UN (Politico, 2017).  It seems that the attempts made by the Trump administration aiming at the isolation of Iran did not succeed this time.

Andri Stavrou is the 2017-18 EST Ambassador to Belgium.