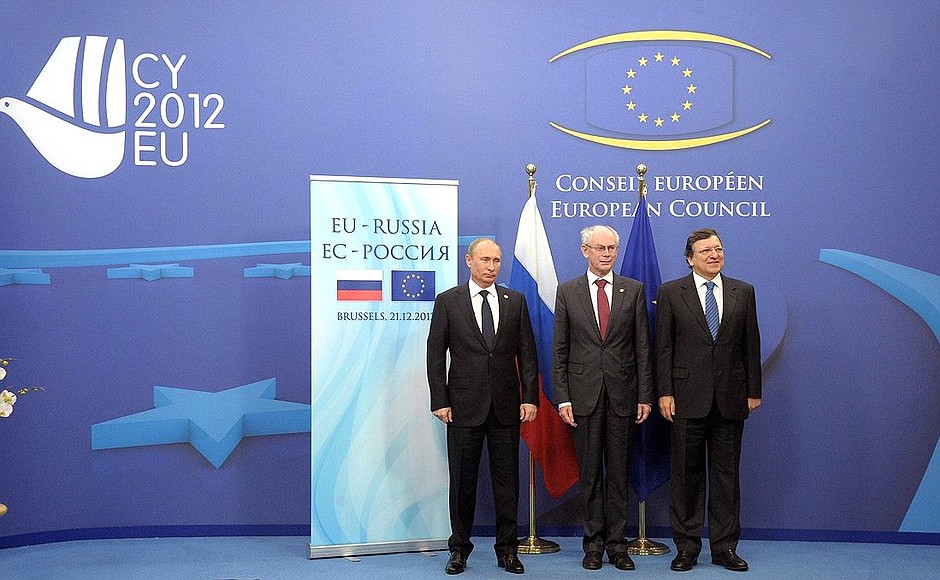 For the past decades, Russia has been facing this powerful (political) instrument the economic sanctions are. In 2014, the European Union decided to implement economic sanctions towards Russia, adopted[1] in response to the “illegal annexation of Crimea[2] and the deliberate destabilization of Ukraine” and since then, the situation has not improved. This paper aims at analyzing the effectiveness of ineffectiveness of the sanctions towards Russia.

Context and background of Russia’s sanctions

The cause behind the EU’s implementation of sanctions was the Ukrainian crisis, namely when Russia annexed Crimean and Sevastopol on March 2014. This action was considered by Ukraine and the European Union as a violation of international law, while Crimean people and Russia keep saying this was only an agreement that relied on a democratic expression. Indeed, the vote that occurred on March 16th 2014 showed that 96,77% of Crimean people (and 95,6% of Sevastopol people) were in favor of adhering to Russia.

However, Crimea and Sevastopol are part of the Ukrainian territory and achieved their referendum without the authorization of Ukrainian’s government. At that time, the situation was particularly tense in Ukraine, with the new authorities, the tense diplomatic atmosphere, and the country was therefore not considering territorial issues. Russia reminded all protagonists who opposed themselves to this referendum that most of Crimean people are either Russian or Russian speakers, meaning they have the right to demand to join the Russian territory. However, different parties have different opinions regarding it: as an illegal annexation from the international community and Ukraine, but also as a political move for the European Union. Regardless the considerations and what each party tries to advocate, both the European Union and the international community decided to implement sanctions towards Russia. Let us now focus on the content of these sanctions.

There are five kinds of measures[3] that were taken towards Russia:

To which we now refer as “economic sanctions”, or simply “sanctions” as a whole. The different natures of those sanctions have different impacts on the relation between the European Union and Russia. While the diplomatic and individual restrictive measures aim at targeting decisions makers, leaders and other representative of the Russian Federation, the three others aim at “targeting sectoral cooperation and exchanges with Russia”[4].

Sanctions have thus taken different natures: embargos, import bans, prohibitions, export bans, suspensions, all in accordance with the Minsk agreements. In this precise case, the sanctions have been implemented in 2014, and renewed every six months since then. It questions whether or not it is a functioning and sustainable attitude: what is the aim of the sanctions? Did they reach their goal? Is it a sufficient measure? We should keep in mind that sanctions are supported by the international community, including the United States and Canada that have also put Russia into embargo.

The question regarding the effectiveness of the sanctions, we will focus on Russia’s economy. Shortly after the European Union’s decisions, Russia faced new challenges: restrictions for importations, new deal to conclude for exportation. This has led the Russian central bank to increase the interest rates in December 2014, after the prices of several products were raised. We should also note that in August 2014 Russia has banned any importation of primary products from occidental countries, and this is still ongoing. The main consequence of this decision was to push the country on the verge of recession. In fact, since 2014, we have witnessed several factors of recession in Russia: devaluation of the ruble, decline of oil price, decrease of the salaries and raise of the prices in supermarkets.

On the other hand, countries of the European Union have also suffered from those sanctions. Indeed, we can highlight the massive loss that the exportations towards Russia represents (8 652 million euros[5]). However, despite this apparent loss-loss deal, we have to step back and analyze the whole picture. Still relying on Eurostat, it reads that the exportations towards other regions have increased to almost 50 billion euros, meaning that the loss from exportations to Russia has been compensated. Only the Baltic states, Greece and Sweden have failed in diversifying their exportations.

Although the sanctions have had negative repercussions on both European Union countries and Russia, the latter is in a worst position. Nonetheless, is reiterating the sanctions every six months the solution for dealing with Russia?

If we draw the conclusion that economic sanctions mostly affect Russia, we can consider even if the proper goal of sanctions, which is to bend someone’s position, has succeeded or not. Indeed, the European Union aims at sanctioning the attitude Russia had towards Ukraine. Considering that sanctions are a very ancient political move, it may succeed on the economic part, but it is never a guarantee of success regarding the political part, which would consist in a shift of the actual position. For example, if the sanctions succeeded in its whole definition, it would mean that Russia admitted this referendum was illegal.

In this precise case, there are two observations that can be made:

However, the EU is not the only one involved, the international community is too. The efficiency of this political instrument has been questioned for the past years, with the emergence of rogue states. Since the beginning of the 20th century, 174 actions considered to be “sanctions” were taken towards several states, among the United-States against Cuba (1972) or the European Union against Syria and Al-Assad regime (2011). These sanctions did not have the expected effects and it appears that only one third of sanctions have had the expected results.

In September 2017, the decision to extend the EU sanctions over actions against Ukraine’s territorial integrity was made, for the sixth time. That is why we may be facing a large-scale clash between the East and the West, where economic sanctions keeps being the only instrument to bend the concerned states. But, as summed up by different analysts and experts[6], sanctions can be either efficient (mostly towards allies or states involved in the international community), non-operant (for example, in North Korea), or counter-productive (as in Russia).

Then, the situation tends to be trivialized and has no real alternatives: neither Russia or the EU is ready to bend and shift their actual position. Reinforcing the dialogue between the different protagonists is the key for success. In fact, it appears that creating a hybrid diplomacy, involving Russian, Ukrainian and EU representative’s protagonists, seems to constitute the only way out to this conflict. It implies a real need of communication, dialogue and negotiations, that is to be a long-lasting process.

[2]  It occurred on March 18th 2014. While the Kremlin talks about an “agreement” (see : http://en.kremlin.ru/events/president/news/20604), Ukraine, the European Union and the international community calls it an “illegal annexation”.

[4] See the details of all measures on the “Guidance note on the implementation of certain provisions of Regulation (EU) n°833/2014 concerning restrictive measures”. See : http://ec.europa.eu/dgs/fpi/documents/russia_sanctions/1_act_part1_v2_en.pdf.

Hélène Richard is the 2017-18 EST Ambassador to Russia.