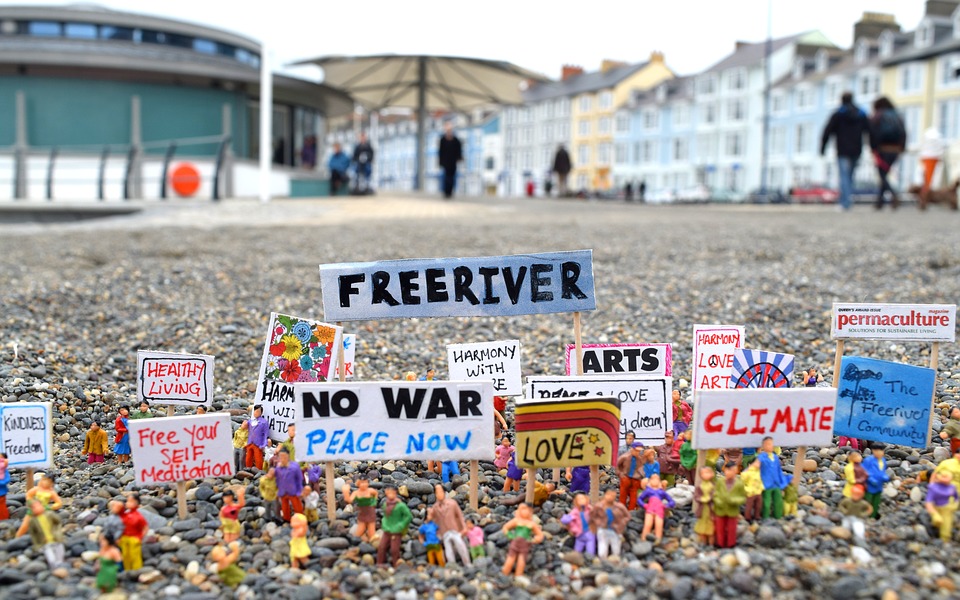 In or out? Open access to decision-making for all young Europeans

In the context of the EST’s participation in the European Youth Event, we asked our ambassador to reflect on the theme of the workshop we held at the European Parliament in the 2nd of June 2018.

Decision-making is arguably the most important element of politics. The decisions made in parliaments and institutions all over Europe, at all levels, define both the surroundings that we live in as well as the rules we as individuals live by. The decision-making process is closely connected to legitimacy, a concept that is not seldom contested at a European Union level (see European democratic deficit). After all, if those the EU represents are not part of the decision-making process, how can the decisions made be legitimate?

By Maria Ellul, Ambassador to Malta

European youths should be in control of their future and thus be a catalyst for change in tomorrow’s world. However, in order to be able to do so I believe that having access to decision-making is imperative. In fact, I was pleased when earlier this year, the Maltese Parliament voted in favour of lowering the voting age from 18 to 16 for all upcoming elections. This had already been tested a few years ago when voting rights were granted in the local council elections and has now been given the green light for general and European elections in the country. Malta already has a very high turnout when it comes to voting in elections but this news would result in a larger segment of youths having more of a say in what is being discussed.

Moreover, due to the numerous youth organisations present in the country, there is a safe space for youths to voice their concerns and make themselves heard. This is a very pertinent issue – youths should not just be motivated to speak up but should also have the safe place where this could be done. After all, if young European citizens are not proactive in voicing their opinions, who will make sure that their concerns are being heard in order for them to contribute to their future?

By Magdalena Jacyna, Ambassador to the Netherlands

In the Netherlands, the term youth refers specifically to individuals between 0 –  25 years of age. An important concept therewithin, namely, youth participation, has no specific definition. Generally, though, youth participation can be described as 1) encompassing young people’s opportunities to influence decision-making process; and 2) promoting young people’s opportunities to take initiatives so as to be actively engaged in society.

Currently, according to EACEA National Policies Platform,  there is no national strategy on increasing the political participation of youth in the Netherlands. Moreover, the social policy domain — under which the youth participation falls — is decentralised. Therefore, governmental bodies at the local municipal level are responsible for youth consultation. At the municipal level, the youth can take part in the municipal council meetings and debates on topics of their interest. However, according to the director of the National Youth Council, the degree of attention paid to youth participation in decision-making differs per municipality. At the same time, young people often participate less, making the outcome unrepresentative for that social group.

The National Youth Council (NJR), an independent umbrella organisation of national youth organisations in the Netherlands, made its objective clear:  to support youth participation at national and local levels. Currently, the NJR is cooperating with municipalities to design a consultation structure to tackle the above-described problems. The collaborative force is also attempting to aide those municipalities struggling to interest youth in participating in decision-making process. Finally, at the national level, there are actors such as, the Ministry of Health, Welfare and Sport, which involves youth in consultations on topics that concern them.

It is vital for citizens to actively participate in politics. More crucially,  European policy-makers need to give voices to those young people who are preparing to build their future. The youths’ participation and contribution in the world are essential in dealing with the European political trends in upcoming times.

When promoting events such as the European Youth Event, the EU ensures that an engaging debate offering open information is accessible to the EU youth. These information are essential to the development of any legal EU citizens.  However, there is still much to improve on. This is especially true considering that the European Parliament elections are due to take place next year.  The EU must show her pride on a multicultural youth: one that expresses ideas and addresses issues democratically with the right to vote — a right which each and every one of us possesses.

Regarding the electoral process in my country, Spain, until a while ago, I was satisfied with the process to vote. A few years ago, I have been able to exercise the right to vote by joining electoral democratic elections. But today’s, the political background in Spain has become polarized and  processes such as the open-debate and youth participation in politics have been strictly controlled. This is because Spain is suffering a critical time in which political instability is blurring its democratic values.

The youth of the digital generation is becoming more and more skeptical when developing their own critical thinking, due to the free access they have to different sources of information. Spanish youths are no exception. They have become more interested in changing and modernizing the traditional institutional frameworks . A nation-state like Spain cannot prevent its citizens from raising their voices if they request so. The first changing step any state should take in critical times is to listen to what people want and tackle the root of the problem directly; then it should do so by trying to find a reasonable solution so as to satisfy its inhabitants. Only by doing so would a country truly achieve inclusive decision-making.

Youth participation in politics is one of the most crucial issues in European member states. This brings up the question whether today’s young Europeans are more involved in political affairs than ever. Certainly, they are more educated compared to previous generations, but that does not automatically mean that they are more involved. In fact, there seems to be a lack of youth participation in the European decision-making process. A great number of reasons may be responsible for this deficit such as lack of interest, unemployment or the location. In particular, living in the countryside and  having to travel long distances to reach a political activity can marginalize and discourage the youth, leaving them without any opportunities for political engagement; in particular the minors who do not have many transportation options. So, what can be done to bridge the gap between the youth and politics? I believe there are three ways. First, given that the youth (16-24 ages) comprises the largest number of user of social media (Eurostat, 2016), politicians should improve their communication capabilities in order to become open to the public and exchange points of views with them. Second, instead of supporting bureaucratic and complex systems, governments should publish more simplified documents that are easily explained and accessible to all citizens. Last but not least, political education should be implemented in the school curriculum in order to educate young people from the early age. While this policy has already been implemented in many European States, others such as the United Kingdom are far from the implementation of such an idea. Our world is constantly changing and thus the political decision-making process should do the same. Empowering the youth today will result in more experienced, democratic and responsible leaders tomorrow.

By Hélène Richard, Ambassador to Russia

In Russia, the notion of accessing political decision-making processes has an entirely different meaning than the one we have in Europe. Indeed, I would even say that young generations from Russia could only admire this notion that goes along with the one of Occidental democracy. Russia is not involved in European decision-making processes, nor are Russian people involved in domestic policies and processes.

Less than 30 years ago, Russia experienced a political shift due to the collapse of the USSR. As for today, any of its processes are strong enough to permit collective participation. Only young Russian generations can create an impulse that would help raise consciousness in Russia about the need for populations to take part in decision-making processes. However, at this point in time, cultural differences remain too high.

Lowering the voting age could be a way of fostering interests in politics and ensure the involvement of young people in all matters that affect them. It would give a strong signal to youngsters that they are taken seriously and that their voice does matter. Combined with educational programmes that help them to understand the different aspects of politics, it could be a solution to bridge the gap between youth access and decision-making.

Some might argue that youngsters lack interest in politics. Research in Austria, the only European country with a general voting age of  16, however, found that there is no substantial difference in turnout between the voters aged 16 or 17 and other voting groups (Zeglovits & Aichholzer, 2014). Therefore, lowering the voting age could give young people the chance to make their voice heard. Besides that, politics is simply way too important to be left solely to adults.