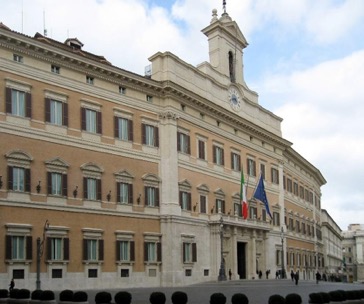 On Monday, 7th May 2018, the Italian President, Sergio Mattarella, called on parliament to form a neutral government to govern the country until the end of the year or, failing that, to hold new elections either in June or in October (Zampano, 2018). After the general elections in March 2018, no party coalition has been able to form a government, resulting in a hung parliament. This situation alludes to the mixed track-record of the creation of stable government coalitions in the Italian Republic, as well as to the long way of democratic transition and stabilisation of the political system (Pasquino, 2008). The italian political system has undergone several changes in the past 20 years, in which some specific trends can be discerned (see De Giorgi and Grimaldi, 2015). One of them concerns the constant attempts to  reform the electoral system. The latest attempt to do so was first in connection to a constitutional reform proposed by the then Prime minister, Matteo Renzi. The reform was subject to a popular referendum, which in 2016 rejected the proposal. In 2017, however, a new electoral law was adopted by the parliament.

This position paper argues that, although recently having adopted a new electoral law, current developments might create the impetus needed for similar reforms in the future. In other words, it seems possible that the current deadlock might provide reasons for the political parties in Italy to – to a larger degree – accept that such reforms are needed. There is, thus, a possibility to get out of the loop of electoral reforms. It is not being argued that it would be easy: one important critique of the reform proposal of 2016 was that it was a product of the coalition around the Democratic Party, and not a result of political consensus among more political parties in the parliament (cf. Newell and Carbone, 2015). Considering that the 2018 general elections shifted the political map – the biggest party now being the Five Star Movement, and the Lega Nord being the biggest party in the right-wing coalition – new types of compromises between more actors would have to be made.

In the recent history of the Italian Republic, four major electoral reforms have taken place. The first one, in 1993, introduced a mixed electoral system and abandoned the proportional representation (PR) system which had been in use since the establishment of the Italian Republic (Chiaramonte, 2015). The second reform was approved in 2005 and the mixed electoral system of 1993 was replaced by a new mixed electoral system: this time with a PR formula with a premium for majorities. In 2014, the Constitutional Court ruled that elements of the 2005 reform were unconstitutional, which led to a de facto PR system, therefore viewed as a reform in itself (Stradella, 2017; Chiaramonte, 2015). The background of the constitutional reform, proposed and rejected in 2016, stems from the unconstitutionality of the 2005 reform. It would have re-introduced a mixed system formula, this time making the majority bonus constitutional (see Chiaramonte, 2015). Technically, an electoral law was passed in the parliament in 2015 to remedy this, but this electoral reform was dependent on the passing of the constitutional reform. Thus, after the latter’s rejection, and after being struck down by the Constitutional Court in January 2017, it has not been used (Delledonne and Martinico, 2017).

It deserves to be mentioned that the constitutional reform would have altered the role of the upper house of the Italian parliament, and the nature of bicameralism. However, we shall not go into further detail, as our primary interest here lies in the discussion of the electoral reform. In October 2017, the Italian parliament passed yet another electoral law, which, again, introduces a mixed system of PR and first-past-the-post, encouraging parties to form pre-election coalitions. Although it was passed with the support of the Democratic Party, Forza Italia, and the Lega Nord, it was heavily contested by the Five Star Movement (Zampano, 2017). The new political landscape, thus, raises the question whether the system and the process of institutional stabilisation are in limbo: should a new constitutional and/or electoral reform be attempted, or should the system continue to operate within its existing framework?

As mentioned in the introduction, it is possible that the current inability to form a stable government coalition might provide motivation for political actors to see the need for reform. Indeed, this situation is hardly unique in the history of Italy and it is not at all obvious that this would lead to any significant institutional reforms – there seems to be a consensus, even, that any attempt of future constitutional reform in the medium term is unlikely, due to the risk for political actors to be punished in elections (cf. Franco Ferrari, 2017). With the ascent of new political forces, there is need for broader political consensus than what was achieved in the latest reform attempt (Franco Ferrari, 2017). Although widely recognised as a populist movement, the Five Star Movement has risen to a position of prominence and, at the same time, the coalition around Lega Nord is now the biggest one in the parliament. This could force one of these parties to take on a leadership role and take on responsibility. They cannot simply act as opposition parties, when the electorate has put them in a leading position. If any of these two were to  follow this logic, it would seem more likely for such an adjustment to be made by the Five Star Movement, by showing flexibility in, for example, its policies on the EU, and in financial and economic policies (see Eder, 2018). In essence, the current show of ungovernability and the new position of the Five Star Movement might force broader political consensus towards an electoral and/or constitutional reform. It is however, not unlikely that the Five Star Movement adapts to the current framework and political landscape it is in, and start forming pre-election coalitions itself.