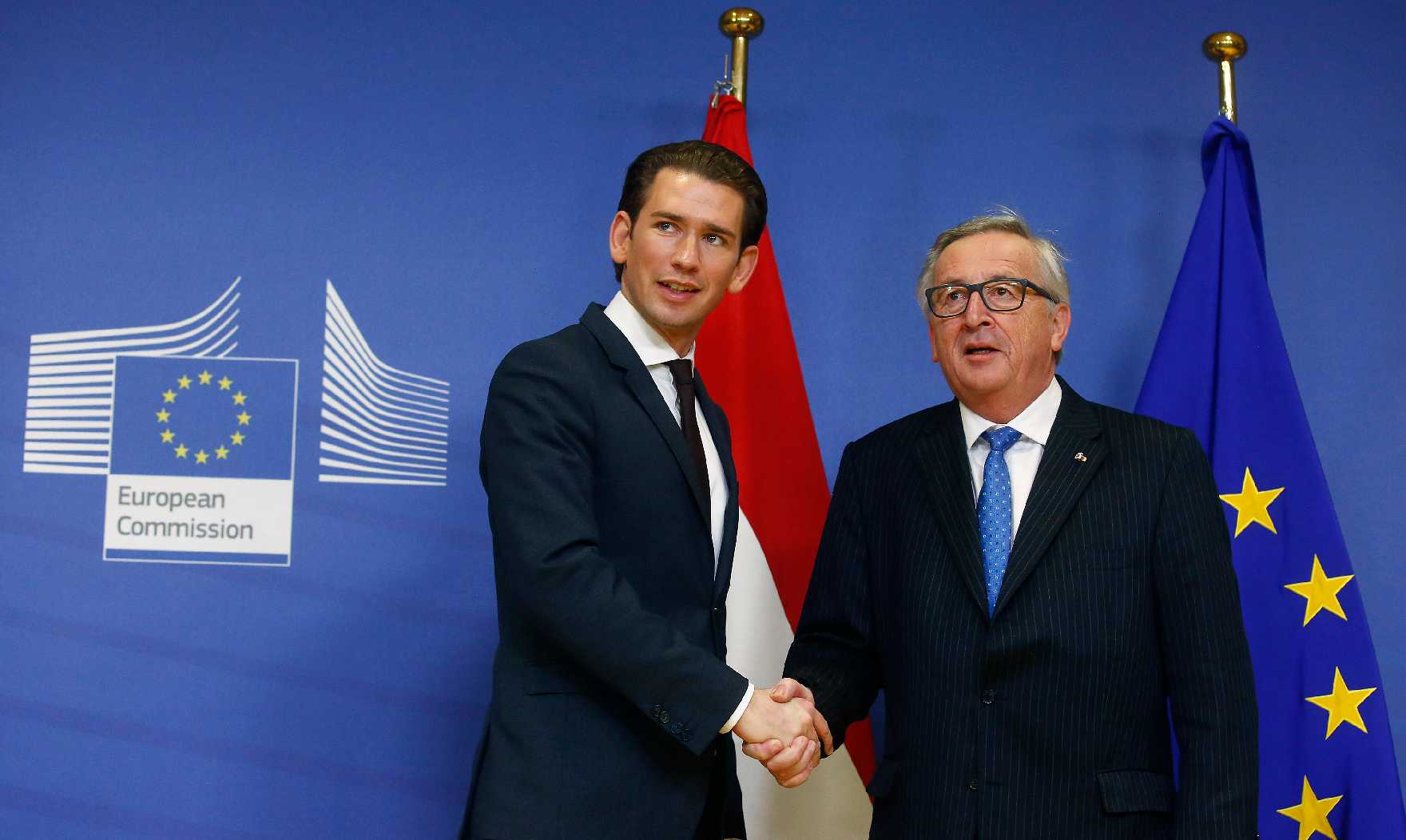 The last time Austria assumed the EU Presidency in the first semester of 2006, the European Union had recently suffered a heavy defeat: The ideal of a constitutionally based ever closer union had been rejected by by referenda in both the Netherlands and France on the Constitutional Treaty in mid-May 2005 (The Guardian, 2005). As such, during its Presidency Austria had to pick up the pieces, glue them together and thereby lay the foundation for the work of the subsequent Presidencies of Finland, Germany, and Portugal, during which the Treaty of Lisbon was eventually signed on 13 December 2007.

Fast forward to 2018. Once again, the EU finds itself in a moment of crisis. With Brexit looming, individual Member States defiant of the Union’s foundational principles, and the need for a budgetary agreement and legislative reforms, Austria will have its hands full again this time.

What Austria needs to get done during its EU Presidency

First of all, it is important to note that the Austrian Presidency of the Council will be the last full Presidency before the elections to the European Parliament (EP) in May 2019. This has important implications for the issues Austria will have to take care of during its Presidency from July to December 2018 as will subsequently be outlined.

Agreeing on the EU’s future budget

One such important task is the Multiannual Financial Framework (MFF, read EU Budget) for the years 2021-2027, which needs to be agreed upon. The Presidency leads the negotiations within the Council which eventually has to adopt the MFF unanimously under consent of the European Parliament (Council of the European Union, 2018). Now, you may say that there is still some time until the new budgetary period begins, but given that after the political agreement, it will take some time to agree on the legal bases of the budget programmes, it will most likely have to happen during Austria’s Presidency (Commission, 2011). Since the following EU Presidency (Romania) will be busy with the EP elections, that is to say: the end of the term for both the present EP and Commission, these two institutions will not be able to devote all of their time and resources to the MFF negotiations with the Council. Afterwards during the second Presidency in 2019 (Finland), most focus will lie on the appointment of the new Commission.

So, what is the current state of MFF negotiations? The Commission presented its proposal in early May 2018 (Commission, 2018). The budget proposal suggests an increase in spending for research, Erasmus+, digital economy, border management as well as security and defence (Council, 2018). It also proposes a reduction of Common Agricultural Policy (CAP) and Cohesion Policy funding (ibid.). And then there is the €13bn-a-year-hole left by the UK leaving the EU.

While Bulgaria, Croatia, the Czech Republic, France, Germany, Hungary, Poland, Romania, Slovenia and Slovakia have signaled their willingness to increase their contributions to help close the Brexit hole, the Austrian government would like to see the gap compensated by administrative savings and reforms as well as an increase of net receivers’ contributions (Herszenhorn, 2018). Come July, however, Austria will have to try to broker an agreement among the Member States instead of standing up for their own bargaining position.

Brexit will be another pressing issue during Austria’s Presidency. There will have to be an agreement on Brexit by the end of October 2018 since the UK will leave the EU two years after activating Article 50, i.e. on 29 March 2019. If no agreement can be reached, we would see what has been called a hard Brexit, e.g. a future trade relation hampered by tariffs and customs checks (Hunt & Wheeler, 2018). Speaking in Dublin in mid-June 2018, President of the Commission Jean-Claude Juncker said that, while he thought a no-deal scenario was not likely, the Commission was getting ready for such a scenario (Boffey, 2018). Contentious issues yet to be agreed on are how the UK’s border to the Republic of Ireland will be managed, how disputes in the post-Brexit era will be settled and whether the European Court of Justice’s jurisdiction will apply to the UK well beyond the two-year transition period (Barker & Hughes, 2018).

As the incoming Presidency, Austria is awaiting the UK government’s White Paper on its Brexit Positions which was announced to be published in late-June 2018. Once again, it is important to note that this will leave only four months of negotiations until an agreement will have to be reached and subsequently ratified by the European Parliament, the Council (by qualified majority) as well as the UK (European Commission Press Release Database, 2018).

Furthermore, the Austrian Presidency will to lead trilogue negotiations with the European Parliament and the Commission on the plethora of legislative proposals currently in progress.  They cover issues ranging from e-privacy, the posting of workers, emissions trading, defence industrial development and smart borders (Here is a comprehensive list of all current proposals).

Mediating in the Article 7 procedure

Moreover, Austria will have to organise hearings in the Article 7 procedure that could lead to Poland being sanctioned for recent developments that saw the independence of the Polish Constitutional Court threatened, according to the Commission (European Commission Press Release Database, 2017). In regard to Austria’s role during the Presidency, it has repeatedly underlined the importance of dialogue and has vowed to listen to all conflicting parties in recent months.

What Austria wants to get done during its EU Presidency

Having dealt with all the challenges the Austrian Presidency must deal with, here is what Austria wants to work on. In general, Austria prefers “Doing less more efficiently”, scenario four of the White Paper on the Future of Europe. The current centre-right Austrian government has frequently emphasised that it wants more subsidiarity, i.e. more competences for Member States for areas such as consumer protection, health and social policy (Austrian Parliament, 2018). This corresponds to Austria’s MFF negotiating position of demanding a “slimmer, more economical and more efficient EU” (Herszenhorn & Bayer, 2018). The Austrian government does not support the proposed increase of the EU’s administrative budget and opposes proposed cuts of Common Agricultural Policy funds, which currently make up approximately 38% of the EU budget (European Commission, 2015).

A Europe that protects

Standard Eurobarometer 89 (Spring 2018): What do you think are the two most important issues facing the EU at the moment? (European Commission, 2018)

However, the Austrian government welcomed the proposed increase of MFF funds for border security. Fittingly,  Austria has chosen “A Europe that protects” as its Presidency slogan (Federal Chancellery of Austria, 2018). Looking at the latest Eurobarometer results on which two issues Europeans perceive to be most important, two answers stand out: Immigration and Terrorism. It is interesting to note how public perception of important issues in the EU has shifted throughout the last decade. From the post-crisis 2008 to roughly 2015, the two-issue question has been dominated by the answers Economic Situation and Unemployment (European Commission, 2018). In this respect, Austria has chosen a slogan which is in touch with the perceptions and prevalent sentiments among a large part of European citizens. The centre-right government has pursued a securitisation of the political discourse in the domestic arena and along these lines, it has declared the protection of external borders one of its highest priorities for the EU.

In general, much emphasis is put on the realm of security and defence by the Presidency programme. Austria has stated its aim to protect the EU from illegal immigration and from prosperity losses as well as to create stability in the neighbourhood, the latter referring to a credible accession perspective for the Western Balkans (termed “South East Europe” by the Austrian government in an effort to signal a more inclusive approach towards the region). While the first two measures enjoy broad domestic support, it is interesting to note that opinion polls in Austria show that most Austrians object to the accession of the Western Balkan states, a discrepancy the government will try to remedy (Austrian Society for European Politics, 2018).

Regarding immigration, there has been some controversy around Austria rejecting EU resettlement programs as well as its support of a recent proposal by the Danish Prime Minister to create camps outside of the EU to keep migrants from entering (Rettman, 2018).

Austria would support an increase of border guards and more competences for FRONTEX, the European Border and Coast Guard Agency, which has been labelled as a smuggler’s organisation by the current Austrian Vice-Chancellor. The latter criticised the FRONTEX for bringing migrants to the EU (Grimm, 2018). A recent effort to agree on a reform of the Dublin system failed. Going into the Presidency, Austria has expressed its preference for a system which would create fewer incentives to come to the EU.

At the beginning of the Austrian Presidency, the EU finds itself at a crossroad. The UK is leaving the EU. The German government seems to be entangled in internal conflicts. Some states are refusing to commit to deeper integration and respect the rule of law. Stalemate on migration policy endures amidst far-right parties dominating the political discourse in various European capitals and there does not seem to be any clear vision shared by all Member States of what the future of the EU should look like. The ongoing discourse may have proven adequate to exploit the fears of the electorate for political gain. However, it pushes a more constructive and necessary debate about where the EU should go from here off the agenda.

Finally, the Franco-German engine’s cylinders are firing one-sidedly at present, with France struggling to hold on to the steering wheel and keep the European project moving forward. The Austrian Presidency will have to smoothen the path and put its own preferences aside. It will have to provide a constructive platform and give impetus in order to find answers to the most pressing issues of the contemporary Union.