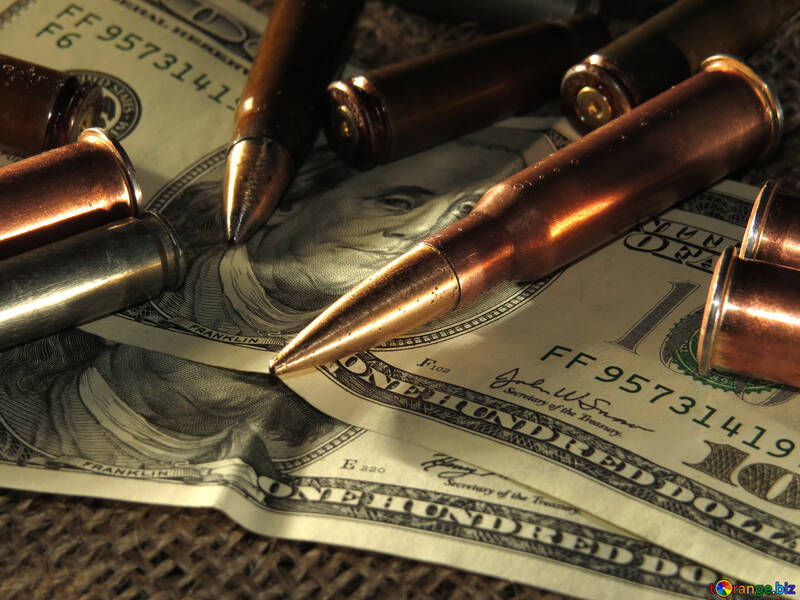 On 26 March 2015, Saudi Arabia launched a military intervention (BBC, 2018) with 8 other Sunni Arab countries against the Houthis, a militant Shia minority in Yemen. The aim of the intervention was to restore the government of Sunni president Abdrabbuh Mansour Hadi, in power since 2011. Fearing that the Houthis’ growing hold over the territory would increase the influence of their regional and Shia-majority rival Iran in Yemen, the Saudi-led coalition began airstrikes in March, taking the Yemen civil war to another level of destruction.

Since March 2015, the coalition has carried out 24,000 airstrikes (Destal and Livolsi, 2019), causing the  death of more than 11,700 civilians and 85,000 children (Sulz, 2019), who died of hunger or illness. Saudi Arabia has carried on this war for five years, with the military and logistical support of the US and many EU member states, including France, the UK, and Italy who have provided the coalition with military equipment and training. Despite strong international, European, and national legislations against the exports of arms that might be used to harm or kill civilians, as well as public pressure to suspend exports, some EU member states continue to sell arms to Saudi Arabia while knowing that these weapons are used to target civilians in Yemen.

Considerations for civilians are undeniably present in their arms exports policies, and if practice matched policy, they should be putting more consideration into what is being sold to Saudi Arabia and how it is being used in Yemen. However, the reality in Yemen depicts a stark contrast between these normative aspirations and the economic, political, and strategic realities that drive the European arms trade in the Middle East and prevent true restrictions on arms exports. This situation is not only limited to European arms transfers to Saudi Arabia but is reflective of the global arms trade (Johnson and Willardson, 2018), which remains largely unaffected by human rights considerations.

European arms exports are regulated by three layers of law: international, European, and national. At the international level, arms transfers are regulated by international humanitarian law and the Arms Trade Treaty signed in 2013 by all EU member states. According to article 6 of the ATT (UN, 2013), “a state shall not authorize any transfer of conventional arms if it has knowledge at the time of authorization that the arms would be used in the commission of genocide, crimes against humanity, grave breaches of the Geneva Conventions of 1949, or attacks directed against civilian objects or civilians.”

This obligation is similar to the EU common position signed in 2008, the EU’s arms exports treaty which can be summarized in 2 points. Under article 2 of the common position (Council of the European Union, 2008), member states should take into account “the respect for human rights in the country of final destination as well as respect by that country of international humanitarian law” and “deny an export licence if there is a clear risk that the military technology or equipment to be exported might be used in the commission of serious violations of international humanitarian law.”

These 2 obligations detailed in the EU common position are also present in member states’ domestic legislations, notably the UK and France which are the 2nd and 3rd largest exporters to Saudi Arabia. France (French Ministry of Europe and Foreign Affairs, 2020) “bases its export decisions on criteria determined within the international treaties, conventions, instruments and forums to which it belongs, including the Common Position defining common rules governing control of exports of military technology and equipment and the Arms Trade Treaty.” With Brexit, there is more uncertainty regarding the UK, but its arms export policy (Lunn, 2017) is nonetheless founded on the Common Position, the ATT, and considerations regarding the quality of the recipient country and the end use of its weapons.

Policy in practice, the use of European weapons in Yemen

Given the legal restrictions, what do the EU arms exports look like in practice and how have EU member states implemented or not these provisions regarding arms transfers to the Saudi coalition in Yemen? Saudi Arabia is the world’s largest importer (SIPRI, 2019) of major conventional arms, and it imports most of its arms from the US, the UK, and France, the 3 biggest exporters to Saudi Arab (SIPRI, 2019), but also from Italy, Germany, or Spain. A lot of these European weapons have been used by Saudi Arabia to fight the Iran-backed Houthis in Yemen. British weapons have been deployed in Yemen since 2015, such as the Storm Shadow long-range cruise missile (Chuter, 2016) used by the Royal Saudi Air Force, the most powerful missile in the British RAF inventory, and the BL-755 cluster bomb (Chuter, 2016) whose fragments were found in a village in Northern Yemen in 2016. In 2018, Italy sold up to US$108m of arms (Disarmo, 2019) to Saudi Arabia.

However, the largest and longest European contribution can be attributed to France. French investigative journalism NGO, “Disclose” released on April 15 2019 what they called “the Yemen papers” (Destal and Livolsi, 2019)- leaked documents from the French Military Intelligence Directorate (DRM), which detail the use of French weapons in the ongoing war in Yemen. The first weapon on the line is the Caesar gun, an artillery gun mounted on a truck chassis and one of the most powerful weapons sold by France to Saudi Arabia. These guns are produced by Nexter, a leading entirely state-owned arms manufacturer. 132 have been sold from 2010 to 2019, and 129 are due to be delivered from 2019 to 2023 in a contract denied by French minister of defence Florence Parly (Parly, 2018).

The leaked DRM report shows clear evidence that the Caesar guns have harmed civilians in Yemen. In November 2018, they were responsible for the deaths of 55 civilians, and have been consistently used in the Saudi airstrikes that have killed 11,700 civilians since 2015. The report itself is evidence that the government is aware of this, but has chosen to continue selling arms to Saudi Arabia with the now public contract ARTIS (Destal and Livolsi, 2019) that the French Government signed with Saudi Arabia in December 2018 and which should last until 2023.

According to Disclose, 30% of the bombing raids (Destal and Livolsi, 2019) conducted by Saudi Arabia partly with the use of European weapons were against civilian targets. The DRM reports shows that the Saudi coalition has bombed 659 farms in Yemen since 2015, and 91 sites supplying drinking water (Destal and Livolsi, 2019), largely contributing to the rampant food and water insecurity in Yemen. From 2015 to 2019, 85,000 Yemeni children have died from hunger or illness caused by the lack of drinking water. While it is impossible to calculate the exact number of civilian deaths that resulted from operations using European weapons, it is undeniable that European weapons have contributed to the suffering of the Yemeni population.

This information puts forward a gap between the commitments taken on by European countries and their implementation. In Yemen, “the respect for human rights in the country of final destination” (Council of the European Union, 2008) or evidence that these weapons were “used in the commission of serious violations of international humanitarian law including endangering protected persons or objects (civilians and civilian infrastructure)” (ICRC, 2020) have not been taken into account until recently and not by all. In the face of growing condemnation from NGOs over civilian deaths in Yemen, certain EU members including Germany, the Netherlands, Belgium, and Denmark have suspended exports to Saudi Arabia. On 24 March 2020 Germany extended its arms embargo (Bisaccio, 2020) on Saudi Arabia to 31 December 2020.

In the UK and Italy, NGOs have also attempted to bridge the gap by challenging the lawfulness of these arms exports in court. In 2016, NGO CAAT issued a legal complaint against the British Secretary of State for International Trade’s decision to continue exporting arms to Saudi Arabia and in June 2019, the court ruled that these arms sales were unlawful (CAAT, 2020), and that the government would need to review any ongoing and future licenses. However, it does not mean that exports to Saudi Arabia will automatically be suspended. On the contrary, this is unlikely to have a significant impact, as the significant exporters to Saudi Arabia, France and Italy have not stopped drawing arms contracts. In Italy and France, the issue was also challenged in court but with little success. Italian NGOs issued a complaint (SIPRI, 2019) against the Italian public prosecutor’s office and the Italian export licensing authority, and against Italian arms manufacturers UAMA and RWM Italia in April 2018 after parts of its MK80 bombs were found in a destroyed village in Yemen. French NGO “ASER” brought the matter to court in May 2018 but its appeal was immediately rejected (ASER, 2019).

EU member states have struggled to find a common approach to the growing evidence that European weapons sold to Saudi Arabia have been used to target civilians in the ongoing war in Yemen. Some countries have suspended exports after NGOs called for more restrictive export policies on the basis of international humanitarian law and the EU common position. The use of legal tools has proven a successful first step in bridging the gap between policies and their implementation and it would be inaccurate to say that human rights have no importance. However, it has not fully stopped the European arms trade in Yemen.

On 6 February 2020 (ASER, 2020), a Saoudi cargo charged with French arms left the Cherbourg port in France. So if not entirely the rule of law, what drives the European arms trade in the Middle East? The arms market is a large and profitable market that generates jobs and tax revenues. Since 2015, EU governments have collectively sold 95bn euros worth of arms (SIPRI, 2019) to Saoudi Arabia and to the UAE. France has sold 6bn euros worth of arms to Saudi Arabia (Guibert, 2019) and BAE systems, the UK ‘s leading arms company has made more than £15bn since 2015 (Sabbagh, 2020).

Many strategic defence companies are dependent on access to foreign markets for survival. Exporting to third countries allows them to have a sufficient customer base (Besch and Oppenheim, 2019) to cover the costs of production and allows governments to pay for their own domestic defence industry. The arms industry is a large industry that employs a lot of people and whose costs the domestic or European arms market does not cover. Suspending exports would have important economic and strategic implications, such as increased unemployment or incapacity for a country to protect its domestic defence industry (Besch and Oppenheim, 2019).

The arms trade and the question of holding governments and corporate actors accountable is a multidimensional problem that does not only involve understanding the legal obligations that countries are held to. It requires us to understand the economic, political, and strategic aspects if we are to prevent the export of weapons that do extensive damage to civilians.

ICRC. (2020). What are “serious violations of international humanitarian law”? Explanatory Note. Icrc.org. Retrieved 3 May 2020, from https://www.icrc.org/en/doc/assets/files/2012/att-what-are-serious-violations-of-ihl-icrc.pdf.

Lunn, J. (2017). The legal and regulatory framework for UK arms exports. House of Commons Library. Retrieved 3 May 2020, from https://commonslibrary.parliament.uk/research-briefings/sn02729/.

Sabbagh, D. (2020). BAE Systems sold £15bn worth of arms to Saudis during Yemen assault. the Guardian. Retrieved 3 May 2020, from https://www.theguardian.com/business/2020/apr/14/bae-systems-sold-15bn-arms-to-saudis-during-yemen-assault.