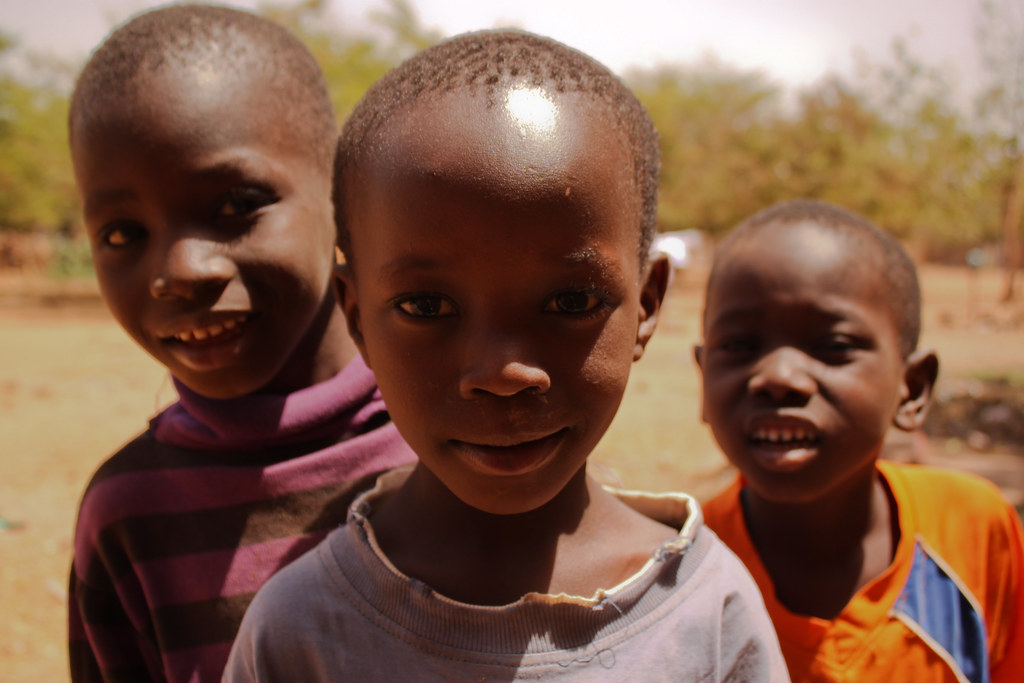 Mali and Niger have faced many of the same challenges in the past decades since their independence in 1960. Most importantly, they have confronted the same security threats. Both have dealt with Tuareg rebellions and currently fight jihadist terrorist groups. Nonetheless, Mali was on the brink of collapse in 2012 and is currently home to the deadliest contemporary UN mission. Niger, on the other hand, is considered to be comparatively stable. This paper explores some factors explaining the different paths of two strikingly similar neighbours.

Both former French colonies, the two countries became independent states in 1960. Today, both have a relatively low Human Development Index (Mali 0,427) and Niger (0,377)[8]. Both were ruled autocratically until the early 1990s, before making transitions to democracy (Mali in 1992 and Niger in 1993)[6]. Moreover, they are strikingly similar in their demographic make-up. While Mali counts 19 million inhabitants, Niger stands at 22 million[9]. Both countries have remarkably young populations with median ages of 16 years (Mali) and 14,8 years (Niger)[2]. Both countries’ territories are to large extents desert or semi-desert[7].

Crucially, both countries exert very little control over their territory and borders. Porous borders have allowed violent actors to enter both Mali and Niger and continue to pose a threat to their civilian populations. All of these factors contribute to weak governance and state presence which have left space for violent actors to emerge, compensate some state functions, and establish alternative administrative structures.

Mali and Niger have both faced similar shocks, e.g. the Tuareg rebellions in their northern regions as well as the creation of Islamist and jihadist groups. In both cases, these shocks’ origins are difficult to classify as domestic or foreign. Mostly, they are border-transcending phenomena that found their entry into Mali and Niger from their neighbouring country and then took root in the countries’ northern regions. For example, the overthrow of Gaddafi in Libya in October 2011 led to the expulsion of Tuareg fighters from southern Libya which subsequently returned to northern Niger and northern Mali[4]. The vacuum of territorial control that followed gave rise to Islamist and jihadist groups.

It is important to point out that Tuareg, Islamist, and jihadist identities are not separate, but often overlap. Alliances between them are fluid and form ad-hoc, based on shared interests and common enemies. Following the Tuareg uprising in northern Mali in 2012, Tuareg and jihadist armed groups took control of Malian regions such as Gao, even despite the French military intervention of Operation Serval in January 2013. Furthermore, the jihadist threats in both Mali and Niger are the result of cross-border incursions of jihadist groups that have their base in one of their neighbouring countries.

Structural flaws of the Algiers Agreement

The 2015 Algiers Agreement on Peace and Reconciliation was signed between the Malian government and the umbrella group of ex-jihadists and northern secessionist Tuareg and Arab rebels (the Coordination of Movements of Azawad – CMA) as well as the platform of pro-unity militias. It came as the fifth agreement since 1990 but failed to remedy the shortcomings of prior agreements. Chief among the flaws of the 2015 Peace Agreement is that it replicates many of the provisions that can already be found in its predecessors and that have not been implemented sufficiently thus far, such as decentralization and better regional development for the north. The peace process which began with the signature of the 2015 Peace Agreement has been undermined by a persistent lack of trust among the signatures. The CMA initially boycotted the signing session and only joined the Accord one month later. The CMA and the government have accused each other of bad faith and a lack of sincerity in implementing the Agreement[7]. Furthermore, the relationship between CMA and the Platform continues to be undermined by a long history of violence[7].

Moreover, as Thurston (2018) notes, the Agreement’s has two major structural flaws: First, by having excluded those jihadist groups which the government perceived to be hostile to a solution, these excluded groups are incentivized to undermine the Agreement. Second, by inviting armed groups to the negotiation table, new groups are incentivized to take up arms and perpetuate the conflict, therefore making the implementation, and peace, less likely. Clearly, it is difficult to strike a balance between these two points. There is a number of reasons why Niger has been more resilient to rebellions than Mali.

It can be argued that Niger’s societal structure and geography makes it less prone to armed rebellion carried out by minorities. While Niger may have a larger percentage of Tuareg in its population (10%), its Tuareg are better integrated into its society: they are part of multiethnic communities and seldomly represent the majority in the regions and cities they inhabit[6]. By contrast, Mali’s northern cities like Kidal have Tuareg majorities which hold grievances against the south. Furthermore, Mali’s Tuareg perceives integration into the Malian state to be degrading and moving downwards in society[4]. Niger does not have as strong a north-south divide as Mali. Agadez and Niamey are better connected than Goa and Bamako. Moreover, although there is a cross-border cooperation between Tuareg in Mali and Niger, the solidarity with Tuareg groups in the neighbouring country may be too weak to provoke spill-overs from Mali to Niger. Moreover, after the disintegration of Libya and in the wake of the 2012 Tuareg rebellion in Mali, Niger began operation Mali-Bero, deploying soldiers to its western border, doubling their salaries and paying local groups to disarm returning Tuareg fighters[6]. These factors are vital when explaining why Niger has not been uprooted by Tuareg insurgencies as often as Mali.

Mali can be said to frequently resort to peacemaking efforts while failing to deliver on peacebuilding[6]. That is to say that Mali has ended its recurrent rebellions by drafting hybrid short-term arrangements to end hostilities but fails to implement measures that would consolidate peace and prevent a recurrence of conflict. For the reasons mentioned above, Mali does not dispose of the institutions that would lead to peacebuilding. Regional development initiatives like the Special Programme for Peace, Security, and Development in Northern Mali have not delivered the economic development in northern Mali, but instead provoked resentment and suspicion of Mali’s Tuareg groups.

Niger, by contrast, has laid the foundations for more sustainable peace by two primary procedures: efficient decentralization and reintegration policies on the one hand, and a long-term format to prevent conflict: the High Authority for the Consolidation of Peace (HACP).

First, after the Ouagadougou Accord of 1994, Niger gave Tuareg communities a key stake in the country’s stability by decentralizing political power and appointing Tuareg (and other non-Hausa and non-Djerma) leaders to high offices and political positions of power[6]. A majority of cities in Niger’s Agadez region have Tuareg mayors[6]. Since the 2007-09 rebellion, Niger has even begun including rebellion leaders in government cabinets and leading business roles.

In addition to these integration and decentralization measures, Niger has boosted local development by reforming its Mining Code in 2013, thereby dedicating 15% of mining revenues to local development[6]. Not only does this policy encourage economic growth, thereby reducing tension and inequalities between wealthier and poorer regions, but it also gives Tuareg leaders a stake in Niger’s stability: conflict and hostilities would make mining impossible and thereby hurt their own prosperity.

Secondly, the HACP has given Niger’s a “lasting institutional architecture” for building peace regardless of who serves as president[4]. Therefore, the HACP has depoliticized the reconciliation process and given continuity to the peace process since the 1990s. It plays an early warning-function for the National Security Council[3]. It aims to facilitate dialogue between Niger’s various communities and prevent conflicts by building confidence, and by offering a forum to address socio-economic problems[5]. Efforts to establish a similar authority in Mali have failed in the past because their frameworks were not inclusive enough and eventually broke down.

Challenges for the EU

EU engagement in the Sahel has long been focused on capacity-building. The EU Training Mission in Mali and the EU Capacity Building Missions in Mali and Niger have aimed to better prepare regional forces for the security threats they face. A lack of trust, discipline, and strategic culture within the Malian forces, have complicated these efforts[1].

Since Operation Serval was replaced by Operation Barkhane in 2014, France has tried to back up its bilateral counter-terrorism effort with wider support, in effect shaping the EU’s response alongside MINUSMA. As part of this endeavour, the responsibility for the security of the Sahel is gradually regionalized, i.e. handed over to regional forces like the G5 Sahel Joint Force and the Multinational Joint Task Force. These transnational counter-terrorism coalitions were initially created outside the African Peace and Security Architecture, although later endorsed by the African Union’s Peace and Security Council. The downside of this more flexible nature of these forces is that they are heavily reliant on donor support—which also impacts their priorities. Money for these forces partially comes from the Sahel Alliance, a Franco-German initiative which has rallied the EU, AU, and some European countries behind the counter-terrorism and development effort. The need to achieve tangible improvements in the security environment tends to overemphasize short-term security responses to the detriment of more sustainable development projects. While minilateral frameworks like the Sahel Alliance have managed to mobilize the needed support to tackle the challenges in Europe’s strategic neighbourhood, it has also effectively reduced the EU’s ability to set the agenda. Whether this divergence of the EU’s decision-making principles can be remedied by a stabilization of the Sahel remains to be seen.

Niger’s relative stability can largely be attributed to its success in making peace sustainable by building inclusive societal structures. This has led to the integration of minorities, economic development of rural areas, and decentralization of political power. Crucially, these measures have given included former combatants in the solution. Mali, on the other hand, is caught in a vicious cycle where state weakness begets violence and vice versa.

The main difference between Niger and Mali is therefore that Niger managed to supplement its top-down peacemaking process with a bottom-up peacebuilding process. It has rooted reconciliation efforts in society and giving former combatants a stake in the peace they signed up for.

It remains to be seen if EU capacity-building efforts in the Sahel can endow regional forces with the needed operational ability to stabilize the region and respect human rights. Moreover, while new minilateral formats like the Sahel Alliance may reduce the EU’s overall ability to draft the policy response to security threats, they will have to prove that they can alter the interventionist trap. Backed and partially financed by European countries, regional forces will thus gradually be given more responsibility.

Another version of this article will be available at our partners’ site in the Shabka Journal.

Stefan Pfalzer is currently pursuing a Double Master’s Degree in International Security and Political Economy at Sciences Po Paris and London School of Economics. He has previously worked in European affairs in Brussels & Vienna, in conflict research in Tunis, Rabat and Vienna, as well as at the United Nations in New York. He serves as President of the European Student Think Tank 2019-2020.

[6] Pezard, S. & M. Shurkin (2015): Is there a Nigerien Model of Resilience? in: Achieving Peace in Northern Mali: Past Agreements, Local Conflicts, and the Prospect for a Durable Settlement. Rand Corporation, p. 63.