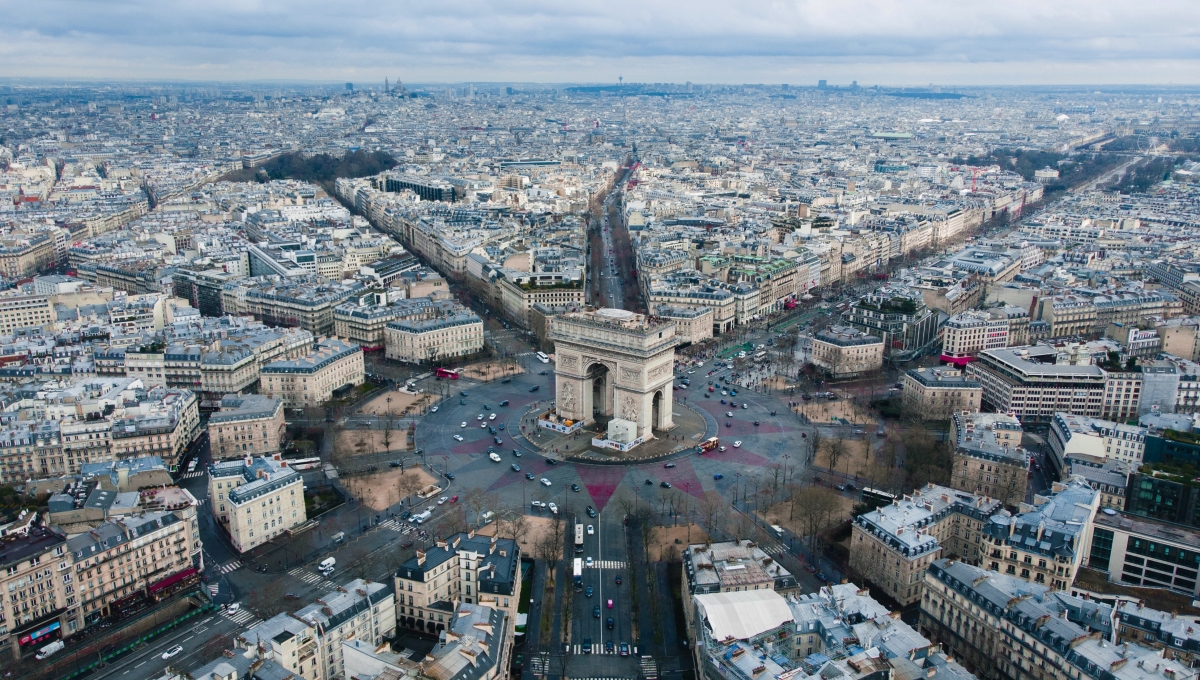 COVID-19 has renewed the tenor of our times. The many assumptions and complacencies we purported have been subverted, as a single virus brought global society to its knees in a matter of months. While discussions of global environmental and socio-economic megatrends has proven salient in recent years, such discourse has been discursive and fleeting, until the manifestations of such reared its ugly head in 2020 (Declan, 2020). Admittedly, COVID-19 is the backbone of our contemporary trepidations, yet the emergence of record breaking bushfires in Australia and California, the riots in the wake of George Floyd’s murder, populist politics and the worst global recession since the 1930s underscore the precarious knife’s edge our modern societal systems are predicated upon. Such precariousness derives from a multitude of global issues, including climate change, socio-economic inequality, justice & rights, economic disruption and globalisation, including the intersection of these fields and others (see Bohland et. al, 2018; Alibasic, 2018).

Underpinning this realisation is the concept of ‘resilience’. Having been widely propagated since the early 2010s, the idea is to create societies capable of withstanding shocks and stresses to their various facets, mitigating disparate and temporal impacts in the process (Bohland et. al, 2018). There is little doubt the current zeitgeist is unsustainable, in political, socio-economic and environmental manners. Resultantly, nascent yet accelerating evidence highlights the opportunity for 2020 to be a figurative ‘reset’ button (Declan, 2020). Is it possible we can create a more just, ethical and sustainable world than the one we left behind?

The recent announcement of Emmanuel Macron’s ‘Green Recovery Plan’ for France underscores an example of this (see BBC News 2020). In particular, its economic predications counteract the Neoliberal consensus so pertinent in the global economy since the 1980s. With this philosophy’s origins grounded in Reaganism and Thatcherism, denigrating the efficacy of Keynesian economic principles, perhaps it is time for a return to Keynesian ideologies? In particular, the palpability of the Anthropocene and environmental matters beckons not simply a socio-economic reform in the post-COVID era, but the intertwinement of such with positive environmental outcomes (Newell & Mulvaney, 2013; Byrne & Glover, 2002). Could Green Keynesianism be the school of thought underpinning such, and to what extent does Macron’s proposal demonstrate the characteristics of this prospective economic paradigm?

Neoliberalism and ‘The Torque of Apathy’

The Neoliberal consensus underpinning contemporary zeitgeist has proven delible and inadequate for our complex world (Glassman, 2001; Kelly, 1999; Stiglitz, 2019). The manifestations of 2020 are purported as an unpredictable shock, yet the white elephant of precariousness was palpable for decades. Since the introduction of excessive globalisation and deregulation, global environmental and socio-economic conditions have slowly yet steadily degraded. Inequality, and the maxim of ‘Wall St vs Main St’, has become a pillar of our times, in conjunction with the various concerns of the environmental commons (Wanner, 2014; Declan, 2020; Stiglitz, 2019). In particular, the post GFC world has seen consistent volatility in the form of austerity, unemployment, inequities and towards the mid 2010s, political populism (Krugman, 2015). The Neoliberal mindset that ultimately caused the GFC was applied in the recovery phase, ultimately leading to a ‘K Shaped’ recovery, whereby the wealthy investment class and firms grew wealthier, and everyday people suffered the prolonged consequences (Mazzucato, 2020). Growth across the Western world has proven lacklustre at best, and societally scathing at worst, as demonstrated by the fiscal trepidations of countries such as Greece, Italy and Portugal in the 2010s (Stiglitz, 2014; Emmott, 2016; Krugman, 2015). Most notably, intergenerational inequities, across social, economic and environmental facets have been incredibly pervasive, and will continue to be so unless systemic change is initiated (Stiglitz, 2014; Baldwin & Giavazzi, 2015).

Accompanying the Neoliberal paradigm was unprecedented economic growth, global interactions, innovations and poverty alleviation. It is hard to refute the efficiency and effectiveness of this paradigm in driving short term growth, yet it is equally obvious such thinking leads to powerful troughs and volatility (Glassman, 2001; Kelly, 1999). Additionally, the issues derived from Neoliberal thought largely forego scalar and systems thinking, along with long term stability and equity across numerous societal fronts (Glassman 2001; Kelly, 1999). These include the 4 propagated pillars of sustainable development, namely, the environment, economy, society and governance (Alibasic, 2018). While it is an incredibly efficient, lean and formidable economic powerhouse, it is largely apathetic, leaving little room for societal resilience and sustainability in the pursuit of 3 month growth intervals and short-term shareholder demands (Alibasic, 2018; Bohland et. al, 2018). Such attributes can be thought of as torque, predicated on an apathetic contentment that is asleep at the wheel.

2020 was simply the wakeup call for such thinking.

Apprehensively, one must admit COVID-19 is somewhat of an opportunity. Without discounting the pain, tragedy, and fear it has generated, it has created a ‘pattern disruption’ for the pernicious ‘path dependency our planet has found ourselves on (Declan, 2020). Is a return to pre-Neoliberal ideals the way of the future, or even a necessary pursuit?

Prior to the pertinence of Neoliberalism, Keynesian economic thought was the seminal policy discourse. Put simply, it advocates for less lucrative, yet more stable economic growth, also leading to stronger social equality and long term predictability and stability (Heertum, 2013). The activity allowing for such is strong government intervention in fiscal policies, especially regarding progressive taxation and moderated public spending (Heertum, 2013; Yueh, 2019). It antagonises neo-classical assumptions of market self-regulation, perceiving the government as a key intermediary to ensure sustainable and equitable growth (Yueh, 2019).

The scale of intervention and reform Emmanuel Macron’s plan seeks to instil is reflective of such thinking. His policy is what some would term ‘Green Keynesianism’.

Macron’s plan is a 100 billion Euro investment to stimulate the French economy, predicted  to decline in economic output by 11% for 2020 (BBC News, 2020). This is one of the worst economic downturns of any European economy this calendar year. The plan is termed the “France re-launch”, and is set to significantly reduce unemployment, increase national economic competitiveness, improve public housing, provide new training opportunities, and invest in new green industries, such as hydrogen. This investment is equal to 4% of France’s GDP and is four times larger than France’s fiscal response to the GFC in 2008-2009 (BBC News, 2020). The Macron administration hopes to create 160’000 new jobs next year through the fund, and will allow the economy to reach its pre-pandemic levels by 2022 (BBC News, 2020).

As previously mentioned, In the wake of the GFC, many European countries turned to austerity measures to restore their economic efficacy (Baldwin & Giavazzi, 2015). However, these policies caused notable socio-economic perturbations and inequities, arguably leading to socio-political disruption that the rise of European political populism has been somewhat attributed to (Baldwin & Giavazzi, 2015; Emmott, 2016; Stiglitz, 2014). Hence, Macron seeks to not repeat the mistakes of the past, instead turning to what, just a decade ago, was considered an extreme and highly delible economic policy. However, perhaps this time, such a policy may prove successful and sustainable. It is somewhat akin to propagations of the ‘Green New Deal’, as well as the original ‘New Deal’ implemented by Theodore Roosevelt in the 1930s; a response to the Great Depression, thus reminiscent to the situation the world currently faces. Conjunctionally, can the short-term, profit driven and Neoliberal framework for society be nullified in the wake of policies similar to Macron’s?

It is hard to tell if Macron’s policies will eventuate into sustained systemic change. It has a clear confluence of socio-economic and environmental outcomes in theory, but in practice, driving such policy outcomes is much more dubious. While the policy appears to cover social, economic and environmental policy pillars, one must question the resilient and equitable nature of it. For example, are the new infrastructure projects going to be purely technocentric pursuits, ignoring social equities and impacts in the process? Will the new projects be a ‘sugar rush’ of green excitement, only for society to fall back into its pre-COVID complacency? How can new green projects ensure sustained socio-economic co-benefits to society, alongside its environmental ones?

It is a bold policy, but only time will tell if it is viable and influential. In the brave new era we find ourselves in, the public and private sector must reconsider their role and priorities in creating a better world, and a more resilient operating environment.

Many economists and policy makers look forward to assessing the efficacy and equitability of the strategy, and perhaps the rest of the world also should.

Baldwin, R., Giavazzi, F. (2015). The Eurozone Crisis: A Consensus View of the Causes and a Few Possible Solutions, VoxEU.org,

Byrne, J., Glover, L. (2002). A Common Future or Towards a Future Commons: Globalisation and sustainable development since UNCED, International Review for Environmental Strategies, 3(1), 5-25.

Delcan, P. (2020, July 25). The COVID-19 pandemic is forcing a rethink in macroeconomics, TheEconomist,<https://www.economist.com/briefing/2020/07/25/the-covid-19-pandemic-is-forcing-a-rethink-in-macroeconomics>.

Krugman, P. (2015, April 29). The case for cuts was a lie: why does Britain still believe it: The austerity delusion, The Guardian,

Stiglitz, J. (2019, June 3), If the neoliberal agenda has failed, what should come after it?, World Economic Forum, https://www.weforum.org/agenda/2019/06/after-neoliberalism-joseph-stiglitz/