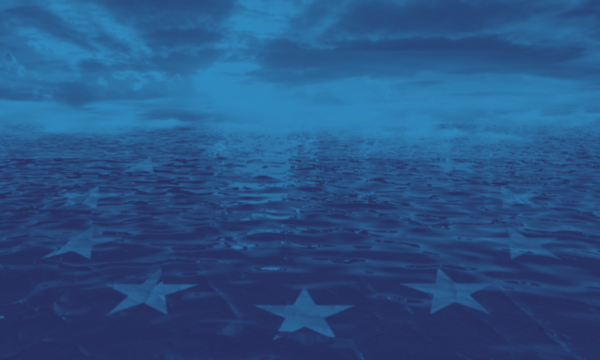 During the last two decades, the EU saw itself confronted by an increasing influx of migrants, which culminated in the so-called “migration crisis” in 2015 marked by the arrival of more than 1 million refugees to the EU (UNHCR 2015). To deal with the growing number of refugees crossing the external borders of the EU and enable fair and humane treatment to those most in need, the EU focuses, in its migration and asylum policy, on the return of irregular migrants to their state of origin or transit (Migration and Home Affairs 2020). Hence, the Return Directive 2008/115/EC frames common rules for return procedures in all EU Member States. However, the return of irregular migrants, especially of third-country nationals (TCNs), to a state of transit bears severe risks for infringement of the migrants’ human and fundamental rights. Indeed, the EU itself might be held responsible for not respecting international conventions of human rights through readmission agreements on TCNs with third states which have not signed those conventions and are prone to knowingly violate international human rights principles. Hence, the conclusion of EU readmission agreements (EURAs) with a TCNs clause poses a major risk for the compliance of the EU with international human rights obligations.

Since 2004, the EU concluded 18 formal EURAs and 6 non-binding EURAs with third states to facilitate the return and implement procedures and legal obligations (Migration and Home Affairs n.d.). The formal EURAs include a legal obligation for both parties’ compliance with international conventions such as the Geneva Convention on the status of refugees 1951. However, some readmission agreements have been concluded with third countries that are non-signatory to those international conventions, e.g., Pakistan, hence increasing the risk for an infringement of human rights principles by the third state, such as the non-refoulement principle enshrined in Art.33 Geneva Convention concerning TCNs.

The human rights principle of non-refoulement states that “[n]o Contracting State shall expel or return (‘refouler’) a refugee in any manner whatsoever to the frontiers of territories where his life or freedom would be threatened on account of his race, religion, nationality, membership of a particular social group or political opinion” (Art. 33 Refugee Convention, United Nations 1951). Moreover, non-refoulement is a crucial principle of Art.3 of the Convention against Torture and Other Cruel, Inhuman or Degrading Treatment or Punishment (CAT) and Art.19 of the Charter of Fundamental Rights of the European Union 2012/C 326/02. Thus, the EU needs to comply with the principle of non-refoulement in its return policy. However, the inclusion of returning TCNs to a state of transit in the readmission agreements opens a possibility for infringement of non-refoulement by the contractual third state. Here, the EU might be held accountable for chain infringement. Chain infringement will be the case if the EU returns a migrant to its state of transit on behalf of a EURA and this migrant is then expelled by the transit country, regardless of the non-refoulement principle, to their state of origin, where the migrant faces one or more of the aforementioned threats to their life or freedom.

One of the prevailing examples concerning the danger for the TCNs’ human rights is the formal EURA signed with Pakistan on October 26, 2009, which has again gained significance with the takeover of power by the Taliban in Afghanistan in August 2021. According to data from the Pakistani Ministry of Foreign Affairs, there are currently 2.8 million Afghan refugees residing in Pakistan (Ministry of Foreign Affairs of Pakistan 2022). Since the Soviet occupation of Afghanistan in 1979 and the increasing migration of Afghans to Pakistan, the neighbouring country became one of the biggest host countries for refugees in the world (IOM 2019, 12). Up to this date, Pakistan has still refused to sign major international conventions protecting the fundamental rights of refugees, including the non-refoulement principle. Most notably these include the 1951 Geneva Convention on the Status of refugees and the 1967 Protocols following the Convention (UNHCR 2022).

Even though parts of the European Parliament, international organisations e.g. United Nations High Commissioner for Refugees (UNHCR), and the civil society raised vivid concerns regarding the protection of the non-refoulement principle and other fundamental refugee rights by Pakistan, the EURA came into force in 2010 including the possibility to return TCNs to the third state (Parliamentary Debate 2010, UNHCR 2010). Current reports by human rights organisations reinforce the initial concerns by illustrating forced returns of Afghan refugees from Pakistan. In its report “Pakistan coercion, un complicity” (2017) Human Rights Watch shows how in the light of rising political tensions between Afghanistan and Pakistan, hundreds of Afghans have been forced to return to Afghanistan since the year 2016. Indeed, Afghan migrants decided to leave Pakistan despite the dangers for their physical and psychological safety in their state of origin after facing severe new risks and threats in Pakistan. Those new risks include the unsecured status of Afghan refugees in Pakistan, a constant threat of deportation, police detentions and violence (Human Rights Watch 2017).

In light of the uncertain and volatile human rights situation, particularly regarding Afghan refugees in Pakistan, and with the critical human rights situation in Afghanistan in the last several years, the EURA should never have included TCNs. Indeed, the readmission agreement followed recommendations of the EU 1999 High-Level Working Group Action Plan on Afghanistan, which proposed closer cooperation with Pakistan in the strand of preoccupying developments in Afghanistan (Council of the European Union 1999). Thus, the EURA with Pakistan including TCNs seemingly aimed in one part at controlling and handling Afghan migration to the EU through Pakistan. However, concluding a EURA with a third state non-signatory of international human and fundamental rights conventions, despite reasonable concerns of the infringement of the non-refoulement principle by the contractual state, equally calls into question the compliance of the EU with its international human right’s obligations. This is due to the partly negligent transfer of human rights responsibilities of the EU to Pakistan without a real sanctioning mechanism to guarantee the third state’s compliance with international conventions.

Apart from Pakistan, other EURAs equally bear severe risks of non-compliance with international conventions for the protection of refugees and migrants. For instance, Belarus has continuously violated the human rights of migrants on the external borders to the EU since 2020 by violently forcing their displacement toward the EU, thus leading to an increased state-sponsored instrumentalization of migrants against the EU (European Commission 2021). Neither in the case of Pakistan nor the one of Belarus, could the EU oblige the third state to respect international human rights conventions referred to in the formal EURAs. This divergence between the reference to human rights obligations and their practical adherence is even more critical when it comes to informal readmission agreements, which do not include formal legal obligations for the parties involved.

In conclusion, the TCNs clause in EURAs is one of the greatest risks for the respect of migrants’ human and fundamental rights. Depending on the third state, the EU often lacks the ability or will to control the third state’s compliance with the norms or misses effective legal tools to challenge an infringement of the international conventions by contractual states. Thus, the exclusion of TCNs from all EURAs seems to be the only effective solution for the protection of the human rights of migrants and for acting in accordance with the EU’s normative base of Art.6 TEU and its human rights responsibilities deriving from the Charter of Fundamental Rights of the European Union. TCNs should not be included in future EURAs and ongoing EURAs might equally be subject to a revision. To exclude TCNs will equally allow a greater focus in EURAs on how to better protect the fundamental rights of irregular migrants returned to their state of origin, for instance through increased EU assistance for the economic and social integration linked to the respect of international conventions by the third state and new legal pathways for migration. In the end, the exclusion of TCNs and the enforcement of international human rights standards of EURAs regarding the return of irregular migrants to their state of origin would considerably improve the current human rights base of EURAs. It might even lead to a higher number of readmission agreements with states opposing EURAs due to the TCN clause, e.g., Morocco (Statewatch 2013), and hence lead to a more humanitarian EU return policy respecting both the human rights of returnees and the refugees in the EU most in need of international protection.

European Commission (2021). JOIN(2021) 32 final. Joint Communication to the European Parliament, the Council, the European Economic, and Social Committee, and the Committee of the regions. High Representative of the Union for Foreign Affairs and Security Policy. Strasbourg. Available at: https://ec.europa.eu/info/sites/default/files/communication_instrumentalisation_migrants.pdf

Parliamentary Debate (2010). CRE 20/09/2010: Agreement between the EC and Pakistan on readmission – Community readmission agreements with third countries (debate). Available at:

Statewatch (2013). EU-Morocco: Political agreement on Mobility Partnership – Towards the first readmission agreement with an African country? Available at: https://www.statewatch.org/news/2013/march/eu-morocco-political-agreement-on-mobility-partnership-towards-the-first-readmission-agreement-with-an-african-country/

United Nations (1984). Convention against Torture and Other Cruel, Inhuman or Degrading Treatment or Punishment. Available at: https://www.ohchr.org/EN/ProfessionalInterest/Pages/CAT.aspx