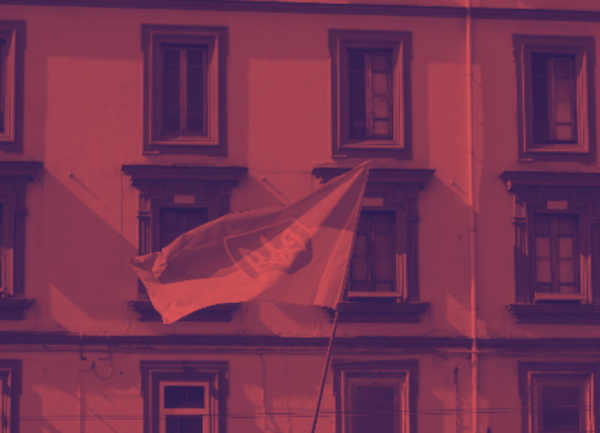 Russia’s full-scale invasion of Ukraine will have far-reaching consequences for the future of European security, whereas it is already provoking massive humanitarian sufferings (Al Jazeera, 2022). While the aggression bolstered European and Western unity in face of Russia, sparking rethinks on foreign and defence policy of countries such as Germany (Karnitschnig et al., 2022) Sweden, and Finland (McLoughlin, 2022), it is similarly likely to have substantial consequences on the internal politics of several European nations. Especially in France, where incumbent president Macron will face re-election in April. Similarly, the conflict will have important repercussions in the United Kingdom (UK), with Prime Minister Johnson who, before the outbreak of the conflict, was staggering due to a police investigation into a string of lockdown-breaking parties held in Downing Street premises. A third country where the effects of the crisis will be particularly meaningful is Poland, where the government, led by the right-wing Law and Justice (PiS) party, was in the middle of a showdown with the EU institutions over rule of law controversies.

With the first round of the French presidential election on April 10, the war in Ukraine has upended the campaign (Faye, 2022). Several presidential hopefuls put their campaign on hold or reduced their rallies because of the conflict. On February 28 the government organised a meeting with the main candidates to inform them over the unfolding situation and to show a picture of national unity (France 24, 2022). With regard to the effects of the crisis on the electoral campaign, the situation is likely to benefit Macron. This is due to two main reasons. To start with, Macron represents France on the international stage, thus it is more difficult for his challengers to attack him at such a sensitive time on the world scene. Moreover, as Macron has spent the last five years as president, he is more practised on international affairs compared to his relatively inexperienced adversaries.

The second explanation is tied to the fact that several of Macron’s fiercest competitors have often expressed pro-Putin stances (Caulcutt, 2022). This is most true for the two far-right contenders, Marine Le Pen and Eric Zemmour, who until before Russia’s invasion were staunchly supporting Russia, accusing NATO of being responsible for the increase of tensions in the region. That is true for Jean-Luc Mélenchon as well, the far-left firebrand, and the only left-wing candidate to poll currently in double digits, who has been criticized for his past complaisance of Putin’s regime (Darame, 2022). The candidate that adopted the toughest posture on Russia is the Green’s Jadot, yet he is currently polling at around 6%. The centre-right candidate, Valérie Pécresse, who is vying with Zemmour, Le Pen, and Mélenchon to reach the second round of the election later in April, is not in a much better position. Her party has been weakened by the fact that former centre-right Prime Minister, and presidential candidate, François Fillon, recently joined the board of two Russian energy companies close to Putin’s circle, before resigning after the start of the invasion (De Clerq & Kar-Gupta, 2022). Hence, due to the lack of a stronger anti-Kremlin candidate in French politics right now, Macron, despite not being an anti-Russia hawk, is expected to benefit from the proximity between some of his most serious opponents and Putin. To confirm this, the first polls after the beginning of the crisis show that Macron’s already considerable edge in the polls is widening (Mestre, 2022).

A premiership saved by the war?

In London, Prime Minister Johnson was seeing his government and popularity stumbling due to a Metropolitan Police investigation into a series of lockdown-busting parties held at Downing Street while the country was confined at home (Dickson, 2022). His polls ratings were falling, and the Labour Party was ahead of Johnson’s Conservative in the polls (Kellner, 2021). As such, Westminster was rife with talks of rebel Conservative Members of the parliament (MPs) determined to unseat him, fearing that the embattled prime minister would have been an electoral liability the next time the country goes to the polls (Helm, 2022). To dismiss Johnson, under Conservative Party rules, 15% of Tories MPs should file a letter to the chairman of the executive of the 1922 Committee, a group of backbench Conservative MPs who manage some internal party matters. If the 15% threshold is met, which today corresponds to 54 MPs, a vote of no-confidence in the Prime Minister can be called. If the party vote takes place, Johnson would need a simple majority to continue as a leader of the party and prime minister. If he loses, he serves as caretaker prime minister until the Conservative Party selects a new leader and prime minister (Dickson, 2021).

In the past months the British press reported of a dozen letters already sent, and once the result of the police investigation had been published, others could have followed, thus seriously endangering Johnson’s political future. Yet, the outbreak of the war changed the situation, as Russia’s aggression of Ukraine effectively buried the news regarding the ongoing police investigation (Goodman, 2022). As such, with the government engaged in supplying Ukraine with arms and aids, and working to foster Western’s unity in responding to the Russian onslaught (Haynes, 2022), the possibility of a no-confidence vote in the Prime Minister is effectively ruled out for the time being. Moreover, the current crisis could lend Johnson a pathway to recover its past standing in the polls if the government will maintain a strong stance toward Russia, something that is appealing to the wider electorate (Smith, 2022). Yet, if the day in which Johnson will be forced out will come before the next general election, it is likely that the best placed candidate to succeed him will be Liz Truss, the Foreign Secretary. This would happen due to the prominence that foreign and defence matters will have in the next months, as a consequence of Russia’s invasion. Truss could have the upper hand over the other potential contestants by virtue of her experience on issues of international politics. Conversely, the other main contender, Chancellor of the Exchequer Rishi Sunak, is the one who is responsible for economic and financial matters, which is why he could suffer a blow to his popularity due to the pain that the war will probably inflict to the economy (Webber and Casalicchio, 2022).

Meanwhile, also for Poland the war will have important political implications. On February 16, the Court of Justice of the European Union (CJEU) issued a landmark ruling with consequential implications on the clashes over the rule of law that have been plaguing the EU for years (Bayer, 2022). The EU’s top court dismissed a case brought by the Hungarian and Polish governments regarding a new rule of law conditionality regulation. As such, it upheld the new legal instrument that allows the EU to cut funding to countries deemed to be in breach of rule of law criteria in such a way to negatively affect the operation of the EU budget. This new conditionality mechanism was approved by EU countries in December 2020. Yet, as part of a political compromise with Hungary and Poland, EU leaders asked the Commission to refrain from implementing the mechanism until the CJEU had judged on its legality (Bayer, 2020).

However, a few days after the Court’s judgement the war broke out across the Polish border, in neighbouring Ukraine. Soon after the beginning of the hostilities, Poland became a crucial logistical hub from which to supply Ukraine with weapons and humanitarian aid to resist Russia’s advance. Moreover, the country has so far received the vast majority of Ukrainians fleeing the conflict, and the Polish government has been at the forefront of the push to impose harsh sanctions on Moscow. For these reasons, Poland is receiving praise from EU leaders, instead of the usual reprisals of the last years over the country’s democratic backsliding (Cienski, 2022). Accordingly, it is difficult to envisage that the European Commission will start to utilise the new rule of law mechanism to cut Poland’s funds in a moment in which the country is playing a crucial role in supporting Ukraine. Furthermore, Poland has not yet unlocked the €36 billion in grants and loans that it is supposed to receive under the Next Generation EU program, due to the rule of law disputes. Hence, the European Commission will probably refrain from using the new conditionality mechanism against Poland as long as the situation in Ukraine remains so critical, to avoid opening a new front in its row with Warsaw, in a moment in which European unity has never been so important. Though, on March 2, the European Commission issued a communication detailing the guidelines on the application of the aforementioned mechanism (European Commission, 2022). As such, the Commission paved the way to use the new instrument when the situation will be appropriate.

Heretofore the crisis in Ukraine seems to have strengthened the political status quo in favour of  the leaders of France, UK, and Poland. Yet, this is not a foregone conclusion. There are two factors that could negatively impact the governments of the three countries in the long-term: economy and the migration crisis. First and foremost, the sanctions imposed on Russia are likely to blowback, provoking economic pain that will risk undermining  support for European governments. Additionally, the massive wave of Ukrainians fleeing their nation could spark harsh disagreements among European countries over how to manage them. This could in the long-term fracture European unity, as it did at the peak of the migration crisis in 2015-2016. President Macron could be particularly damaged by a migration crisis, given the high level of support that far-right candidates enjoy in France when it comes to illegal immigration. Equally, the Polish government has in recent years strenuously opposed any redistribution of migrants arriving at Southern Europe’s shores, and could now struggle if there is no European solidarity in handling Ukrainians refugees. Thereby, if in the short-term Macron, Johnson and Polish Prime Minister Morawiecki will likely be favoured by the crisis in Eastern Europe, the long-term consequences are more unpredictable.