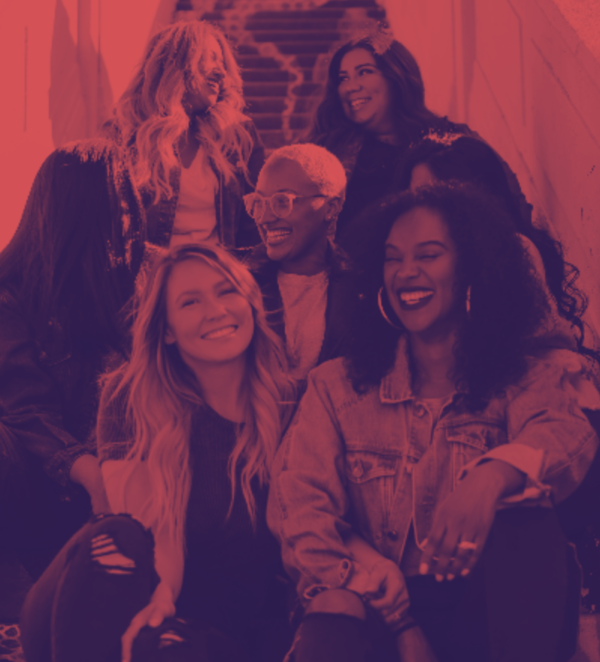 Intersectionality is concerned with the ways in which social categories such as gender, race, class, religion, and other identities overlap to create unique identities and experiences of discrimination. (CIJ) The Commission acknowledges that “Women are a heterogeneous group and may face intersectional discrimination based on several personal characteristics… EU law, policies and their implementation should therefore respond to the specific needs and circumstances of women and girls in different groups.” (EU Gender Equality Strategy)

Unfortunately, this commitment to intersectionality appears to be inconsistent. The glaring lack of intersectionality is perhaps most obvious in the case of discrimination against Muslim women who choose to cover their heads or face for religious reasons. Muslim women are often particularly vulnerable to discrimination because they are easily visibly identified in the public sphere. Muslim women’s bodies have therefore become a battleground, a space where so-called “European values” can be imposed or legislated. (Mirza)

Muslim women who choose to wear a hijab or other type of veil are often stereotyped as a homogenous group of oppressed women, lacking the freedom or self-determination to choose to cover their heads. (ENAR) The need for gender equality and female emancipation was ironically used as the rationale to legislate what women could and could not wear. (ENAR) This argument is based on the idea that it is oppressive and patriarchal to force a woman to comply with religious or cultural expectations and cover her head or face. Forcing a woman to wear the hijab or niqab is indeed oppressive, but legally forcing a woman to comply with European cultural expectations by unveiling is just as oppressive and patriarchal. (ENAR) Alternatively, Muslim women are stereotyped as a threat, an identifiable symptom of the “development of an Islamic counterculture”. (Mirza) Stereotypes categorize Muslim Women as either oppressed or dangerous. (Mirza)

The European Commission identifies gender stereotypes as a “root cause of gender inequality… often combined with other stereotypes such as those based on race or ethnic origin, religion”(Gender Equality Strategy). The Commission is correct in its assessment that stereotypes can overlap identities and that they are the root cause of inequality. However, nowhere in the EU Gender Equality Strategy does it mention tackling highly damaging racially and religiously based stereotypes. These deep-rooted stereotypes are very apparent in legislation and rhetoric surrounding the wearing of religious attire.

These stereotypes have consequences for Muslim women in the EU, particularly in the labor market. Statistics on Muslim women in the labor force are not easy to find, as many EU Member States do not collect data based on race or religious identity. (CIJ) However, studies completed in France and Germany compared positive response rates for identical CVs with different names and photos. In France, CVs with French names received a positive response rate of 72% while CVs with Arabic names only received a positive response rate of 49%. (Šeta) Most strikingly, CVs for women with Arabic names who wore a headscarf received a positive response rate of just 1%. In Germany, 18% of CVs with a German name were invited to interview, compared with only 13% of CVs with a Turkish name. (Šeta) Again a “headscarf penalty” was evident, as only 3% of CVs for women who had Turkish names and wore the headscarf were invited to interview. (Šeta) The challenges that Muslim women who wear the hijab face in the labor force are evident. There is a clear need for legislation that protects women who wear the hijab from additional discrimination. Unfortunately, key EU bodies have not taken the opportunity to reinforce anti-discrimination policy for Muslim women.

There is a concerning lack of consideration for intersectional discrimination against Muslim women in multiple EU bodies, but it is particularly obvious in the European Court of Justice. Intersectional discrimination occurs when a person or group of people are discriminated against based on grounds that stem from overlapping identities. (CIJ) This is precisely what is occurring in legislation banning the hijab (or banning large visible displays of religious affiliation). This legislation does not affect all Muslim people, nor does it affect all women, but it discriminates against Muslim women in particular.

The CJEU is guilty of intersectional discrimination in its July 2021 ruling that “a prohibition on wearing any visible form of expression of political, philosophical or religious beliefs in the workplace may be justified”(Press Release) in other words, an employee can be terminated for wearing a hijab, provided the employer has a legitimate need “to present a neutral image towards customers or to prevent social disputes”(Press Release).  The case was brought by two German women who had returned to work from parental leave and decided to wear the hijab. Both of their employers had instituted policies that prevented employees from wearing large, visible signs of their religious beliefs. Both women had been suspended from their positions on multiple occasions and issued disciplinary warnings for wearing the hijab at work. (Gutiérrez-Solana Journoud) Given that both cases have a religious and a gendered aspect, the Court should have considered both forms of discrimination when making their preliminary rulings. (Gutiérrez-Solana Journoud) Disappointingly, the court only considered religious discrimination when making their decisions, and completely ignored the gendered aspect of this case. The hijab is only worn by Muslim women, never by Muslim men. It is only Muslim women, then, who are at risk of discrimination in this case. The European Court of Justice case-law itself states that “discrimination involves the application of … the same rule to different situations”(Directive 2002) and EU law defines indirect discrimination as “[when] an apparently neutral provision, criterion or practice would put persons of one sex at a particular disadvantage compared to persons of the other sex”. (Directive 2002) The prohibition of wearing large visible statements of religious belief, while apparently neutral, very clearly puts Muslim women at a disadvantage compared to Muslim men and non-Muslims.

In this case, failure to consider an intersectional approach has put Muslim women in the EU at high risk of experiencing discrimination. The CJEU has set the precedent that discrimination against Muslim women by employers is acceptable. It is concerning that the EU has apparently failed to follow its own Directive that “any provisions contrary to the principle of equal treatment [of men and women] which are included in … internal rules of undertakings or rules governing the independent organizations… shall be, or may be declared, null and void or are amended” (Directive 2002). It has also reneged on its stated commitments in the Gender Equality Strategy 2020-2025 that “the intersectionality of gender with other grounds of discrimination will be addressed across all EU policies”(Integration) and by “all EU institutions, Member States … in partnership with … the private sector”. (Integration)