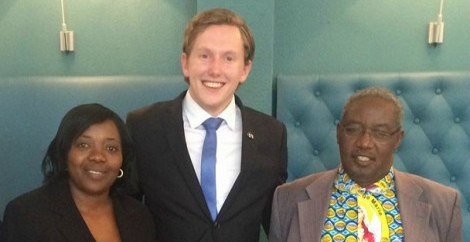 Secretary Sietse Blom writes about a meeting at The Hague Insitute for Global Justice on implementing Sustainable Development Goal 16 of the United Nations. The European External Action Service (EEAS) acquired firsthand accounts on how civil society implements this Global Goal and how the situation has developed during these turbulent months for Burundi. 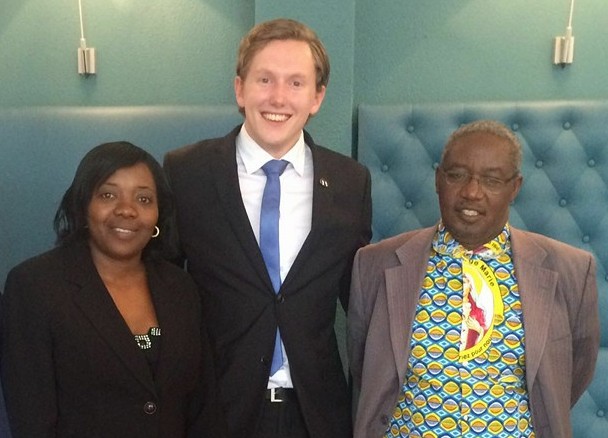 When attending to the agenda of two Burundian colleagues at Cordaid, you come across interesting situations. From accompanying them through The Hague to dusting off my French in rusty conversations. Or from receiving delicious Burundian coffee to hearing Triphonie Habonimana plea for more assistance to Burundi.

During their visit, many people within and outside of Cordaid wanted to inquire first hand how the situation in Burundi had developed. Their program was quite full. They attended a meeting at Parliament and at the Ministry of Foreign Affairs, went to the presentation of a Caritas report on Poverty in Europe and spoke at the Hague Institute for Global Justice. And after the plane from Nairobi arrived late, which is said to happen quite often, they only had two days for this.

My own role in most meetings was modest. Nevertheless, it allowed me to enter a set of fascinating discussions. At the Hague Institute for Global Justice they held two sessions on Sustainable Development Goal (SDG) 16, ‘Promote just, peaceful and inclusive societies’, and conflict-sensitive state building. Sitting at the high-level Round Table felt like being in Geneva in the West of Holland.

For this occasion, I had put on one of the pins I recently started wearing, of two hands breaking a gun. This pacifistic symbol seemed most suited for the occasion. Madeleine Albright, former Secretary of State in the United States and fervent wearer of pins, inspired me to include pins on my outfits as well. As she put it so strikingly: ‘Jewelry and pins have been worn throughout history as symbols of power, sending messages.’ I am not sure I really wanted to show power, but being a bit outspoken is always welcomed. In her recent piece The UN at 70: Confronting the Crisis of Global Governance, she introduces the concept ‘just security’ as the desired strive for a starting point to development. Meaning that, for effective global approaches to fragility and conflict, the start is to fulfill SDG16.

The discussion focused on security and justice as well. At this meeting, aimed at making recommendations to the EU and its member states on how to implement SDG16, the story on Burundi drew most of the attention. For months, the amount of violence in the country has grown immensely after Nkurunziza started his unconstitutional third term as President.

Cordaid’s Program Manager Triphonie vividly described the situation in Burundi, before making an emotional plea to the present civil society organizations, the EU and its member states to expand their help to and support of Burundi. She stated that the growing interconnectedness between states makes that crises in one state affect many others as well. Instability can disturb the whole region, cross-border violent extremism occurs more and more and a conflict can lead to even more refugees than the hundreds of thousands who have already left the country. This spilling over of fragility across borders emphasises our need to really make work of promoting the ‘just, peaceful and inclusive societies’ SDG16 aims at.

Peter van Sluijs, Senior Strategist at Cordaid, warned for cherry picking by member states of the different Goals. After having fought so hard for including SDG16 in the list of Goals, letting it be crowded out by the other 16 should be prevented at all cost. Strengthening institutions, peace and statebuilding can empower states in fulfilling the other Goals themselves. For lasting changes, we should start at the beginning and offer states the tools and skills to develop themselves. SDG16 will lay the foundation needed for this in the form of more open and stable institutions and access to rule of law for all, in a pathway towards peaceful and inclusive societies.