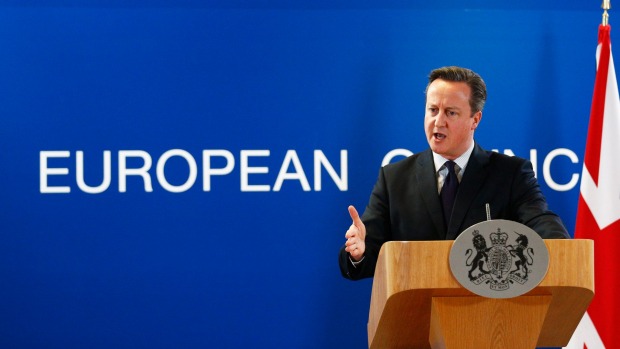 By Wiebke Junge, MSc. Candidate in EU Politics at the European Institute at LSE.

Jean-Claude Juncker did not even comment on the question whether the Brexit vote will mean the end of the EU. At the first press conference after the outcome of the UK referendum on 24 June, the President of the European Commission made clear that firstly, he still believes in the European project and that secondly, he expects the UK formalize the secession process as soon as possible.

The EU will surely not remain stronger after losing the UK as a member state, both, politically and economically. By now, we all know the facts and arguments from both sides on why Brexit would or would not and could or could not solve the UK’s internal problems and its issues with the EU. But the official decision is made and according to the voting rules, it would be undemocratic not to accept the outcome. Many may wish for a second referendum or the pure non-implementation and ignorance of the first one, but this will only fuel citizens anger against governments and politicians and make democratic participation less credible and attractive as it already is.

However, it is time to agree on one thing: This referendum was neither about the British people being tired of EU regulations nor about gaining back sovereignty, as Simon Hix stated at a post-Brexit event at the LSE last Tuesday. It was rather determined by the topic of migration and the desire of more than 17 million Leave voters to teach the political establishment in London and Brussels a lesson, even when totally aware of the fact that the UK, their own country, will lose a lot when leaving the EU. This is concerning news, because it shows, once again, that the tools of direct democracy are not the best fit for deciding on a crucial issue such as EU membership. Politicization and fear may have manipulated a decision that should have been taken with rational expertise, as it will affect too many lives to be dependent on personal emotions which may not last forever.

The outcome of the UK referendum was also the result of an anti-immigrant, anti-Islam and euro-sceptic rhetoric that is spreading all over Europe at the moment, causing a raise of nationalism and violence, as for example over 220 attacks on refugee camps in Germany in 2015, numerous violent anti-Islam hooligans protesting in Brussels and the murder of labour MP Jo Cox in northern England about two weeks ago. Without a doubt, we should all be shocked by these events. But after all, we simply cannot be surprised by the outcome of the UK referendum, as it sadly fits right into the puzzle of current right-wing tendencies in Europe and will probably not be the last of such events.

On the other hand, this must not mean that pro-EU citizens, students, academics and experts will do any good in simply denunciating 51.9% of the British population as stupid, uneducated xenophobes, as the reaction all over the social media the past days would suggest. This is not an accurate response and it will only make the situation graver. Years of political ignorance and lust for power within the political elites of European politics have caused disappointment and anger among people all over the continent, especially in rural areas, as outcomes of the recent presidential elections in Austria as well as the UK referendum show. People feel left out in a time where globalization and modernization have benefited mostly people living in the cities and forgot about the ‘common man’ elsewhere. Many of the frustrated will not, but some will listen, if politics would start reaching out to them again. To push these people further away will make them get lost in the right-wing mob completely and parties such as UKIP, AfD, FPÖ, Front National, Lega Nord and Vlaams Belang will be there to catch them and listen.

Especially because polls have shown that the most EU citizens feel that their voice doesn’t count in EU policy-making. This shows that their awareness of EU policy-making is rather low, which means that the outcome of Brexit as well as recent developments in Europe cannot be blamed on the EU or its citizens alone. It is rather the fault of national governments that chose not to listen and have used the EU as a scapegoat for their own mistakes for too long. The price they have to pay now is a mix of heavy losses in votes for the majoritarian parties, right-wing violence and political mistrust. A first step to change this situation is to take public concerns seriously and believe in the power of dialogue.