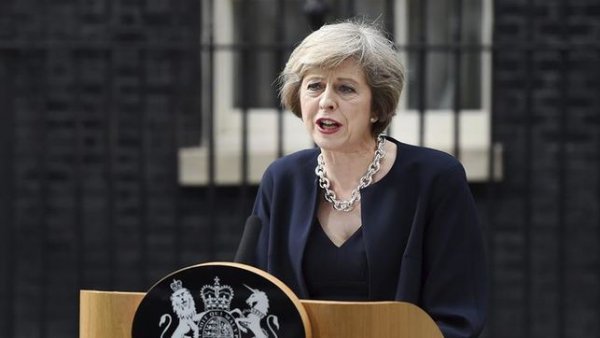 Sara Bundtzen is studying European Studies at the University of Southern Denmark. She is currently interning with the Committee on EU Affairs in the German Bundestag. She has previously been involved with Amnesty International and Anti-Corruption International, and is also a member of the Young European Federalists (JEF) in Denmark.

The question of European integration has long been one of the most divisive issues in British politics. Usually, the debate revolves around Britain’s relations with the EU and its membership terms. Britain’s historical resistance to the integration process led to special agreements such as the EU budget rebate, the permanent opt-out from joining the euro, and non-participation in Schengen.

However, the current political debate often extends the controversy of the EU. More frequently, political hostility from the Eurosceptic wing is directed towards the European Court of Human Rights (ECtHR) in Strasbourg.

The new Conservative Party leader and Prime Minister, Theresa May, criticised the Court arguing it ‘can bind the hands of Parliament, (…) makes us less secure by preventing the deportation of dangerous foreign nationals – and does nothing to change the attitudes of governments like Russia’s when it comes to human rights’.[1]

The 2010 Conservative manifesto proposed a new ‘British Bill of Rights’ to replace Labour’s Human Rights Act (HRA), and to dismantle the jurisdiction of the ECtHR.[2] In 2015, Tories reiterated this proposal saying, “We have stopped prisoners from having the vote, and have deported suspected terrorists such as Abu Qatada, despite all the problems created by Labour’s human rights laws”.[3] The political and judicial spectrum is deeply divided on the issue, as many fear the weakening of human rights protected by the HRA, and ultimately the European Convention on Human Rights (ECHR).

After World War II, Britain was one of the main architects of human rights law contributing to the establishment of the Council of Europe and its main body, the ECtHR. The Court enforces the ECHR, which came into force in 1953. The Convention was one of the first legally binding instruments that articulates a pan-European voice in the protection of human rights.

Through the Court, individuals living in one of 47 member states can bring complaints of human rights violations to the Court once all possibilities of appeal to the particular national courts have been exhausted.

The Conservative proposal of a ‘Bill of Rights’ lies at the core of Britain’s constant worry about national sovereignty. For instance, Priti Patel MP accused the Court of using ‘its powers to circumvent Parliamentary democracy in an unaccountable way’.[4] Is British sovereignty at stake?

The UK was one of the first countries to ratify the Convention, which binds its member states to “abide by the final judgment of the Court”. The parliament therefore has to comply with the Convention when debating, proposing and adjusting legislation.

In 1998, the HRA incorporated the ECHR into British law; ever since, domestic courts have to apply the Convention. Section 2 of the HRA explicitly states that courts “must take into account” any judgment, decision, declaration or advisory opinion of the ECtHR.[5] Moreover, section 3 protects parliamentary sovereignty by confirming the validity of primary legislation (i.e. Acts of Parliament) incompatible with the Convention.[6] In such cases, section 4 allows courts to issue a ‘declaration of incompatibility’,[7] which intends to trigger a political response. Therefore, the HRA neither gives up parliamentary sovereignty nor allows courts and the parliament to ignore the Convention. In fact, specific wording has been designed in order to give more power to domestic courts.

A new ‘British Bill of Rights’ would not be able to abolish the obligation to comply with the Convention. The ECtHR will hardly agree on a special settlement with Britain, and a withdrawal from the ECHR seems unjustifiable considering its negative effects on Brexit negotiations. Yet Theresa May, in line with previous Tory proposals, has threatened to leave the Convention.

Dominic Raab MP once proclaimed that ‘Britain is suffering a rights contagion’ arguing ‘endless novel grievances metamorphosised into human rights’.[8] Following this line of reasoning, a commonly used argument is the case of prisoners’ voting rights, which opponents of the Convention declare to be part of a “mission creep”.

In 2005, the ECtHR ruled that Britain’s blanket ban on prisoners’ voting rights violates Article 3, Protocol 1 of the Convention, which among others protects the right to vote. British law, however, considers losing the right to vote to be part of a convicted prisoner’s punishment – with no direct link between the offence committed by an individual and the withdrawal of his right to vote. At that time, the ban affected 48,000 prisoners, irrespective of their prison sentences, which varied from one day to life sentences, and their type of offences (from the most minor to the most serious). Contrary to British law, the Court ruled that prisoners generally continue to enjoy all the fundamental rights protected by the Convention, except for the right to liberty resulting in lawful detention.[9]

Until this day, the British parliament has resisted to implement the ruling. The case became a major controversy in British politics calling the entire pan-European human rights project into question. Moreover, the dispute reflects a central issue of the ECtHR: the continued increase of cases pending for more than five years. Since 1996, the total number of pending cases has increased from 709 to 10,652 cases in 2015.[10]

Another famous case used against the ECHR concerns the deportation of a terrorism suspect. Abu Qatada was a Jordanian born national residing in the UK. In 2002, he was detained under the Anti-Terrorism, Crime and Security Act. In 2005, then Home Secretary Theresa May served Qatada with a notice of deportation. However, in his absence, Qatada had been convicted in Jordan of involvement in two terrorist conspiracies. He appealed to the ECtHR arguing that, if deported, he would face the risk of torture and unfair trial.

Pending the Court’s decision, an interim measure requested the UK to refrain from returning Qatada to Jordan, which caused outrage among Tories. In 2012, the Court ruled that there would be a violation of Article 6 (the right to a fair trial), given the likely use of evidence obtained by torture at his retrial. Finally, Home Secretary May signed a mutual assistance treaty with Jordan guaranteeing a fair trial to ensure Qatada could be deported.[11]

While May criticised the ECtHR for its ‘crazy interpretation of our human rights laws’ during the affair, Amnesty International recognised the ‘positive stand against torture by preventing the deportation’, albeit the Court should not have accepted previous ‘diplomatic assurances’ made between the governments.[12]

Tories claimed the ECtHR misinterpreted the Convention as it failed to follow its original objectives. It is, however, the role of the ECtHR to evolve by means of interpretation of the Convention. As a living instrument, it applies and extends rights to situations that were not predictable when the Convention was adopted in the 1950s.

The unwillingness to accept the authority of pan-European standards sends a wrong signal to those member states that have very poor protection of human rights. In 2015, nearly a third of the judgments concerned three member states:  the Russian Federation (116), Turkey (87) and Romania (84).[13]

If an established democracy neglects its commitment to the ECHR, why should an illiberal democracy feel obligated to apply the Convention?

The case-law of the ECtHR provides its member states with a set of values that reflect the social progress occurring in society. Time and again, the ECtHR has protected human rights in modern-day issues concerning abortion, assisted suicide, adoption by homosexuals, the wearing of the Islamic headscarf in schools and universities, and the protection of journalists’ sources. The Court’s rule of law is a process intertwined with the contemporary narrative of society. Therefore, the ECHR and the HRA have played a critical role in bringing human rights standards into the UK constitutional order.

As one of its founding members, the British government should take the responsibility to address the challenges of the ECtHR by following its judgements. It should be noted that parliamentary sovereignty and the rule of law are equally important for a democracy. In times of emerging right-wing populist parties together with Eurosceptic movements, Brexit, and the appointment of Theresa May as Prime Minister, a new ‘Bill of Rights’ should be viewed critically.

[13] THE EUROPEAN COURT OF HUMAN RIGHTS IN FACTS & FIGURES http://www.echr.coe.int/Documents/Facts_Figures_2015_ENG.pdf