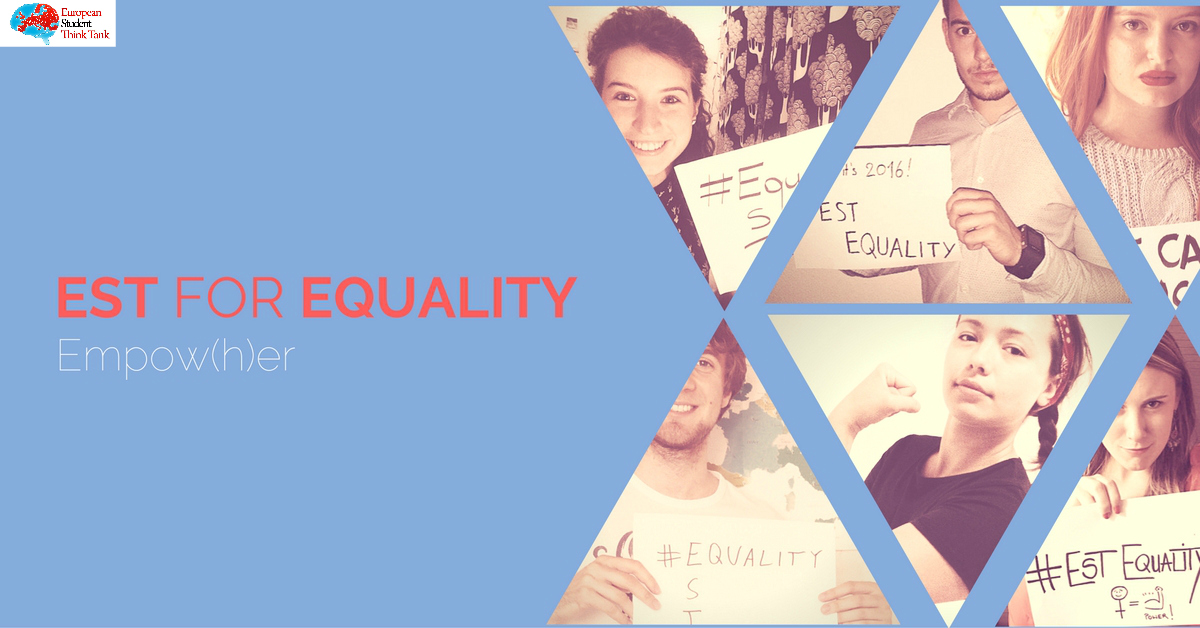 It is with great passion that the EST launches its first equality project “Empow(h)er”, to empower women’s rights across the world. Beginning with practices in our own organization, on August 31 2016 the EST Board voted in favour of the establishment of equality quotas in our organization and in in favour of a global, inclusive and inter-sectional campaign for women’s rights. We invite you to become involved in our thrilling project.

The EST Board of 2016 has committed to the progressive implementation of equality quotas in our organization beginning today (5 September 2016), and committing to achieve a 50/50 representation by the first day of 2017.

Our equality project will encompass:

-Research and policy papers on women’s rights, on achieving gender equality globally and in International Organizations like our own.

-Empowering women in leadership positions in our organization

-Creating awareness and denouncing any forms of violence against women across the world.

The EST Equality campaign is about more than correcting a gender imbalance politics, it is about empowering women across the world. It is about girls in every country growing up to see women Ambassadors and Presidents and knowing that they can be Ambassadors and Presidents one day. It is about including and empowering women in the decision-taking process. It is about bridging the path and leading by example so other organizations and institutions can do so in the future to do so. It is a campaign for Human Rights.

One in three women have been the victims of sexual assault.

Women compose only 22% of members of world parliaments.

This is why we need EST for equality.

Our Equality Campaign coordinators will be Cecilia Passaniti (Events Manager) and Johannes Tropper (International Officer). To become involved with the project, get in contact with Cecilia Passaniti: eventsmanager.est@gmail.com .

The EST For Equality Campaign has been founded upon the EST President Carlota Nunez Strutt’s 2016-17 commitments for social justice and equality. Contact: chairperson.est@gmail.com