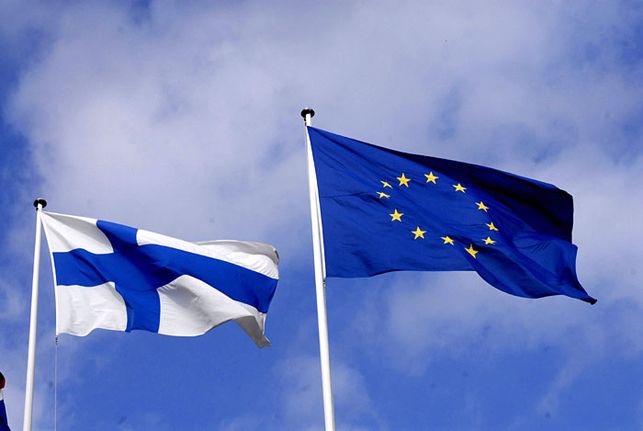 Erik Immonen is the EST Ambassador to Finland. Erik is studying World Politics at the University of Helsinki, and he is serving as a board member at the Social Democratic Students’ Association of Helsinki. You can contact him at finland.est@gmail.com.

’Whatever is has already been, and what will be has been before’. The veracity of this famous biblical maxim has been demonstrated time after time. Once again, a version of extreme nationalism is rising in Europe, even though our continent has already amply suffered as a result of this ideology. Not even Finland, the thinly populated but geographically large country in Northern Europe, is free from this stain. This remarkably stable democracy, with a well-functioning welfare state system largely free from corruption, has witnessed the rise of myopic racism and ethnic nationalism. Its proponents claim that refugees, the European Union, and Muslims are responsible for the financial and social challenges Finland faces, even though these people generally know very little about any of these things. Claiming to be patriots, they say they are defending Finland by demanding the closing of its borders. In doing so, they have only succeeded in revealing they are completely unfamiliar with the history of the country they are supposedly protecting. They believe they are the true representatives of a purely Finnish identity, and fail to see that being Finnish has for a very long time meant being European.

There was never such a thing as a Finland separate from Europe. For hundreds of years, Finland was part of the Kingdom of Sweden, a kingdom which became increasingly international over time, and the Swedes influenced virtually every single aspect of Finnish culture in some way. Even today, many Finns speak Swedish as their first language, even though these Finnish Swedes are in every way completely Finnish. Both Finnish and Swedish are official languages in Finland, and even though some oppose the legal position of the Swedish language, it is still by and large accepted as something valuable and culturally important.

The first Catholic Bishop active in Finland, Saint Henry, was an Englishman. In the Middle Ages, the mostly pagan population of Finland was first converted to Catholicism, or Eastern Orthodoxy in the east, and even though many pagan customs and beliefs persisted for centuries, Finns by and large eventually became Christian. The Catholic Church played a crucial role in shaping and maintaining European culture in the Middle Ages, and by accepting Catholicism, Finns entered the European community of their age, regardless of how pious they were in their Catholicism. After the Reformation spread to Sweden in the 16th century under King Gustav Vasa, whose religious policy was motivated by a variety of causes – financial considerations being a far more central factor than theology, let alone piety – Protestantism was aggressively promoted in Finland. After a few centuries, the population had largely become Lutheran, although a strong Eastern Orthodoxy presence remained in eastern areas. Even today, the largest religious denomination of Finland, the Evangelical Lutheran Church, bears the name of the German former monk who lived in the 16th century.

Even after Finland became a Grand Duchy of the Russian Empire in 1809, the Finns retained their sense of being European – and with good reason. Finland became autonomous, and developing a narrative of a specifically Finnish nation became possible due to the work done by many intellectuals in spreading European ideas of nationalism over the course of the 19th century. Indeed, Finnish nationalism was built upon ideas imported from Europe – by mostly Swedish-speaking intellectuals who decided to start the project of Finnish nation-building, using literature, poetry, music, science, and politics as their tools. The culmination of the project of making Finland a truly modern country was the idea floating around in 1918 that the newly independent Finland – having declared its independence in 1917 – should become a monarchy. The German brother-in-law of Emperor William II, Friedrich Karl von Hessen, was elected king, but he never even visited the kingdom he was supposed to rule. Had the European political situation developed in a different direction, Finland would be a monarchy ruled by the descendants of an originally German king.

Finnish nationalists usually proclaim their admiration for what could be called the pantheon of Finnish heroes, and they perniciously try to claim these exceptional men and women for themselves. However, many of the most remarkable people in Finland’s history have all had strong connections with Europe, accompanied by a clear sense of the importance of international cooperation.

A short examination of some of the most famous Finns venerated by nationalists suffices as evidence. Carl Gustaf Emil Mannerheim, the aristocratic Marshal of Finland who served as President from 1944 to 1946, was a Swedish-speaking Finn of German and Swedish ancestry who had served in the Imperial Russian Army for decades. Were he alive today, he would not understand how anyone could aspire to create an isolated, anti-European Finland. Väinö Tanner, the iconic Social Democratic statesman who served as prime minister from 1926 to 1927 and held various ministerial positions between 1937 and 1944, had embraced Social Democracy in Germany, and went on to translate foreign books into Finnish. Risto Ryti, who among other positions served as President from 1940 to 1944, was an Anglophile who was even created a Knight Commander of the Royal Victorian Order due to his merits in improving Anglo-Finnish relations before the war.

After WWII, Finland faced a complicated political situation: by achieving a decisive defensive victory in a number of battles fought in 1944, it had managed to avoid Soviet occupation. Yet, since Finland had fought a separate war against the Soviet Union with German assistance, it faced considerable pressure from Moscow and from the Western Allies. Although many Finnish Communists hoped to see Soviet tanks in Helsinki, Finland managed to stay independent, and the Red Army never entered the capital. In the new era of the Cold War, the Kremlin regularly tried to intervene in the internal issues of Finland. Once again, a large number of Social Democrats and right-wing politicians decided that Finland should have a place among the Western democracies, and not as a vassal of the Soviet Union.

During the Cold War, Finland remained free, despite extreme pressure and repeated interference from the East, going against the desires of some Finnish Communists. The nationalists who relentlessly declare their pride over Finnish independence should stop for a while to consider the fact that their close-minded ideas would only have endangered Finland’s cherished liberty during the Cold War. Finally, the courage of the Finns allowed the country to enter the European Union in 1995, and Finland is now a respected member of the EU, as well as a notable actor in international politics.

Next year, Finland will celebrate its hundred-year existence as an independent country. There is ample reason to celebrate, for this century of democracy and liberty has been bought at a great price. Looking back on Finnish history, it is clear that Finland has always been international and European, and there is no reason to change that. Finland has prospered by being European, and despite the current challenges faced by the European project, this project will survive, and the idea of Europe will withstand the difficulties of our days. Finland has the duty to remain European: it is only then that it will be the country the earlier generations of Finns dreamed of – a stable, free, and international democracy.