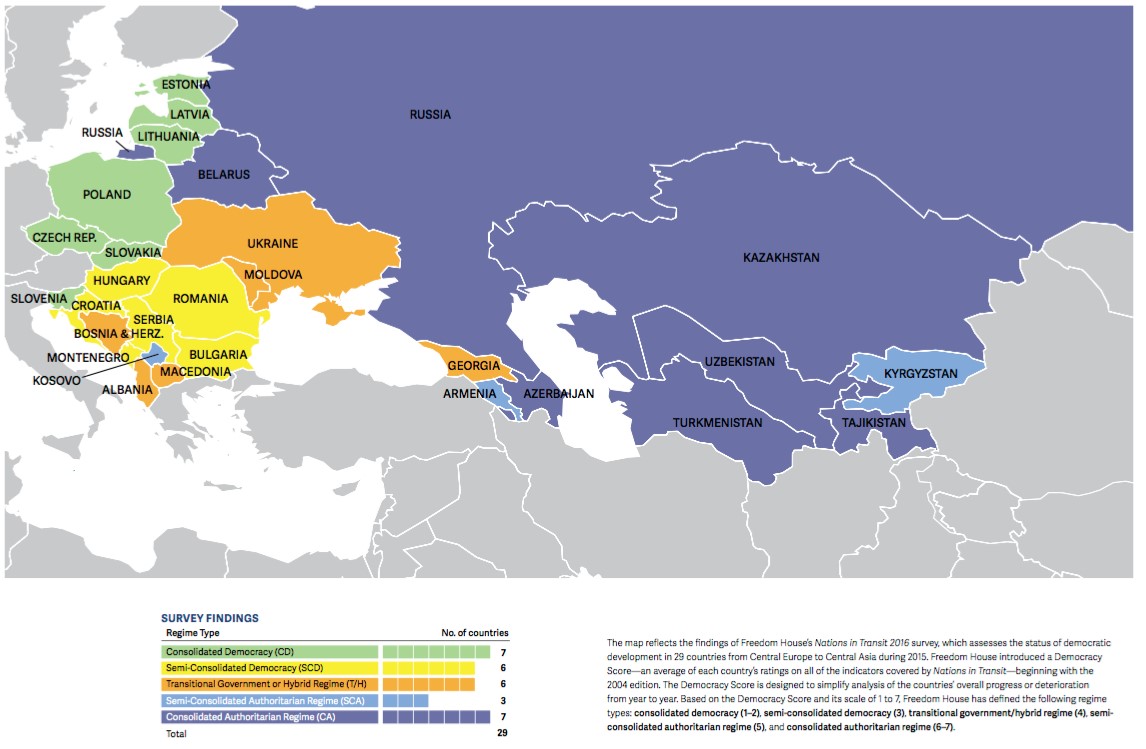 It has been 25 years since the Baltic states regained their long awaited sovereignty. It was a time of painful rebirth, followed by a difficult period of adjustment and self-determination. Despite many attempts to sway our countries back into the abyss of communism and oppression, all three Baltic sisters chose to live in the Western value paradigm. Each state had to learn new terms such as democracy, liberalism, freedom, personal choice, individualism, private property, private business, copyright, pluralism of opinions and human rights. The world applauded these new independent players in the highly competitive capitalist open market.

So here we are in 2016, three very different countries culturally, linguistically, economically, politically and judicially, sharing the Baltic Sea on our western shores and a common neighbor, the Russian Federation, on our eastern borders. However, these are no longer our only commonalities. We are now all proud members of the European Union, the Eurozone, NATO, OSCE and OECD (excluding Lithuania). Furthermore, in last year’s Latvian Presidency of the Council of the European Union, we had a great opportunity to highlight our culture and work ethic, and build an even deeper international network of policy-makers to strengthen our ties with diplomats from all over the world. Lithuania had that honor in 2013, and Estonia will experience it in 2017.

The most favorable political ideologies at the moment are:

The Baltic states have evolved greatly in every aspect there is to measure. According to the “Nations in Transit 2016” (Nate Schenkkan, Freedom House) report, in terms of democracy we are the best performers among the post-Soviet and post-Yugoslav countries. The Baltic states have shown that they have consolidated democracies.

(Extract from “Nations in Transit” 2016 by Nate Schenkkan, Freedom House.)

Furthermore, while the European Union is being overwhelmed by right-wing euro skepticism and thanks to the “hard work” of Mr. Viktor Orban, Mr. Milos Zeman, Mr. Robert Fico, Mr. Jaroslaw Kaczynski, rising nationalism in Visegrad countries, the Baltics still show a strong will to be in compliance with Brussels and our Western partners.

Above I have highlighted our achievements and transitional success, in which our nations take pride.

However, I would also like to invite a more critical discussion of aspects in which we are lagging behind, as well as the great deal of space for improvement.
Please take a look at another extract from Mr. Nate Schenkkan’s brilliant report.

(This is an extract from Nations in Transit 2016 report by Mr.Nate Schenkkan, Freedom House.The NIT ratings are based on a scale of 1 to 7. 1 representing the highest level of democratic progress and 7 the lowest. The NIT 2016 ratings reflect the period from January 1st to 31 December 2015.)

The illustration above shows that the Baltics are leading in every aspect of democratic society, despite the fact that corruption still seems to be a rather big issue. However, in my own research I have found other issues to be more critical. I would definitely rate our Civil society somewhere close to our corruption levels.

Don’t get me wrong, we have a wide variety of NGO’s, Churches, Movements, Clubs, from all over the world as well as a plethora of homegrown ones. The current problem is that not all of these groups are striving to be effective and simply exist to represent diversity, and make use of available niches. Their membership usually does not consist of any more than the numbers in a bachelor program classroom, and the amount of publicity they receive at times is close to 0. A huge gap has appeared between the ruling democratically elected class, which is elected by a rather small but extremely active group of citizens, and the remaining half of the population which remains reluctant to use the tools democracy has to offer in order to contribute, support and build their future, or to overturn things they do not support.

The Baltic countries have built a democratic infrastructure to be used by our generation and the ambitious youth which will come after us, but the majority of society still chooses to be removed from politics and policy making. Additionally, we observe a strong trend in our youth of using the labor mobility granted by the EU’s four freedoms, to migrate to EU founding member states or the United Kingdom (before BREXIT) in order to find a better life, thus technically avoiding participation in domestic political matters. Therefore, I believe our unused potential is hidden in the part of our society which does not participate in the decision making process, besides participating in occasional votes.

In street terms political parties in the Baltic states are classified approximately as follows:

“Reformists” (Change is better than stagnation)

“Nationalists” (sometimes but not always: hands off our country, don’t touch our jobs, close the borders, etc.)

“Title nations parties” (not all of them are nationalist)

“Christians” (Christian paradigm at the core of the group),

Joining any political party is unheard of for a vast majority of the population. Voting in an election is not an anticipated event for the public, due to little faith in the power of this democratic tool and the impact it can have. Some people remain disappointed by the fact that candidates they cross out in their bulletin may still gain a seat in the parliament or some ministry due to a withdrawal of the preferred candidate. As a result, some politicians manage to manipulate their way into government administration, regardless of public opinion.

Of course, on occasion some young progressive parties appear across the Baltic States. In Latvia for example, a very young liberal values based party with an encouraging name: Latvijas Attīstībai (For Latvia’s Development), is gaining popularity and strength. This party has great potential and is a member of ALDE group in the European Parliament and associated with LYMEC.

In a short period of time they have attracted public notice, and even some credibility. New members are enrolling on a monthly basis, and after only 2 1/2 years of existence, they have a high chance of knocking on the door of Saeima (Parliament) in the upcoming elections. However, this unfortunately remains an uncommon occurrence in the region.

With this article, I would like to draw the reader’s attention to the importance of understanding that in order to put the “power in people’s hands”, society should participate more actively in decision making; Otherwise, power will remain concentrated in the hands that have the strongest grip.

The past 25 years have shown that we are capable of growth and change, and provide results to look up to. An active civil society is the backbone of any strong government. Without the synergy between public sector workers and their civil clients, a great deal of potential energy to reach even greater achievements will be wasted.