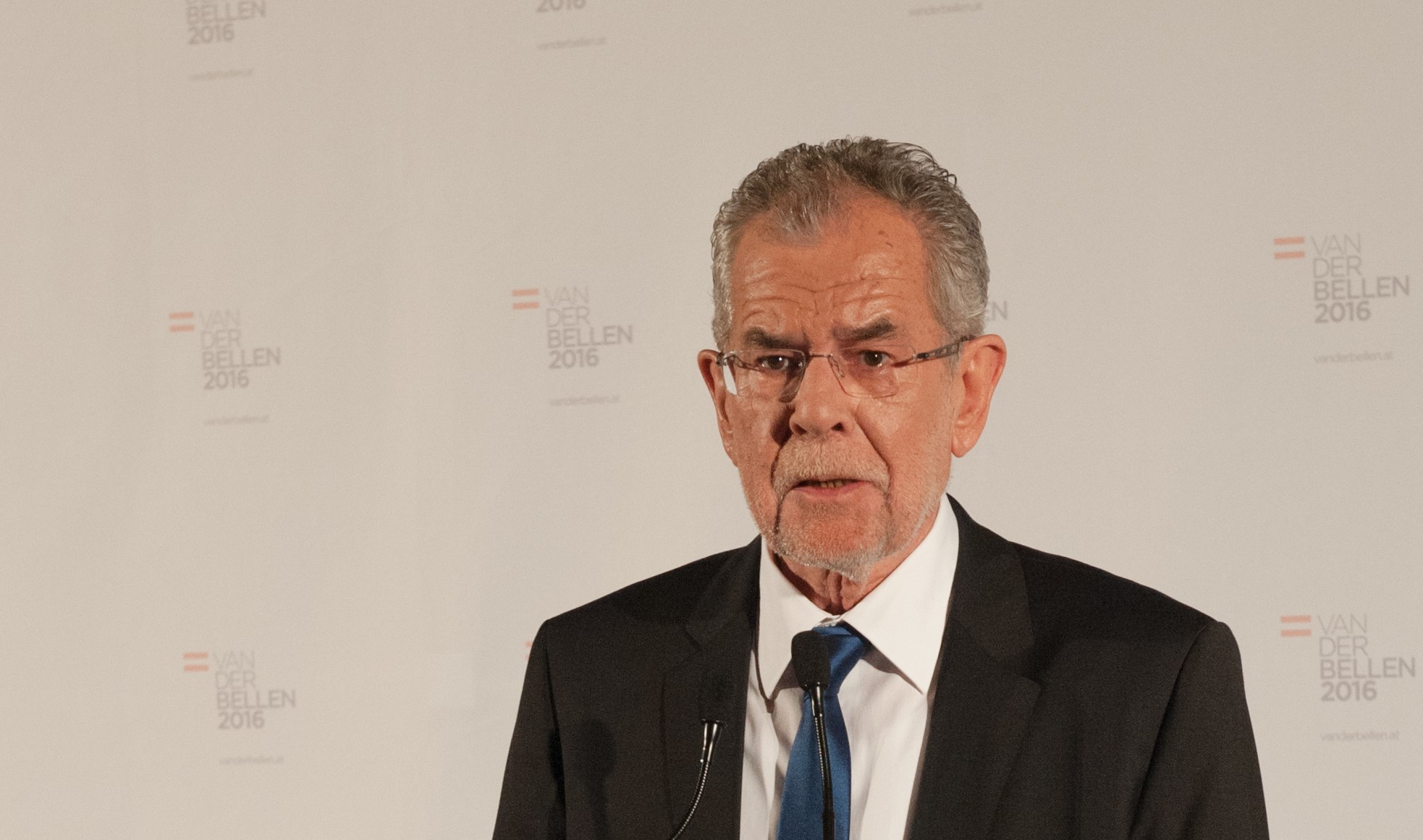 “The second ballot, which will decide who will be the next Austrian Head of State, will take place on 22 May. Come what may, the FPÖ and Hofer sent a clear message” (Marenco, 2016). On 24 April, presidential elections in Austria were held. On that occasion, Norbert Hofer, the FPÖ’s candidate, achieved a remarkable success, which allowed him to compete against the Green’s former leader in the 22 May runoff voting. Since then, five months have passed, the second ballot has taken place but Austria has not yet chosen its Head of State.

In this article I will reflect upon the rise of far-right populism in Austria. Firstly, I will explore how the annulation of the second ballot and its postponement have indirectly reinforced far-right populism. Furthermore, I will highlight the role of democratic symbols in the present political scenario as well as their relationship with both traditional and populist parties.

In particular, I will first discuss the 22 May second ballot’s political consequences, arguing that, despite the defeat, it represented a success for the Austrian far-right. Secondly, I will point out the extent to which the postponement of 2 October further worsened traditional politics’ credibility. Finally, I will consider the significance of symbols in democracies, stressing in particular their importance for traditional politics vis-à-vis the extent to which populists exploit them.

22 May did have all the credentials to be a turning point for the Austrian politics and consequently for European politics. On the one hand, there was  Alexandre Van der Bellen, a retired professor of economics and former leader of the Austrian Greens. On the other hand, Norbert Hofer, member of the FPÖ, representing the nationalist and anti-establishment far-right. The former claimed the risk of electing a far-right candidate, while the latter unrelentingly highlighted the failure of the Austrian political establishment, which urgently called for a wide political renewal in order to make the country more safe and capable to cope with current challenges – migration-related issues above all.

On 23 May, after a knife-edge contest, the independent candidate Van der Bellen was elected, preventing Austria from becoming the first European country to elect a far-right Head of State. A fundamental contribution to Van der Bellen’s success was the 700,000 postal ballots – approximately 10% of available votes. Before postal ballots were taken into account, the majority of polls indeed indicated Hofer as the potential winner.

The second ballot largely depicted Austria as a profoundly divided country. Van der Bellen succeeded with a final score of 50,3% against 49,7% obtained by Hofer. Although the FPÖ did not manage to win the elections, the very remarkable score it obtained made the final defeat symbolically important. Since the Second World War, the Austrian People’s Party and the Socialist party have widely dominated Austrian federal presidency. The last election, marking the exclusion of the two from the runoff voting, clearly shows the extent to which they have lost consensus. Voters demonstrated mistrust towards traditional parties and voted for candidates who did not represent them. Given the final percentages, the fact that the far-right was defeated is largely insignificant. Considering the latter has long been stigmatized over the last 60 years, this represents a success and, additionally, such a result allows the FPÖ to continue playing an opposition role which is, interestingly enough, the place where populists perform better.

As already noted above, postal ballots did have a role in the 22 May runoff voting. However, after the votes were counted the FPÖ decided to question the final result. With regard to this, Hofer’s party presented an appeal to the Constitutional Court arguing that irregularities had taken place in 91 out of 117 constituencies. The Court’s inquiry indeed brought to light numerous anomalies. Many polling stations began to count votes while elections were still occurring, contrary to what the Austrian electoral law requires, namely to start counting only from the day following the elections. All in all, the Court did not discover any intentional alterations, but it registered formal anomalies concerning about 77,000 votes. Such an enormous figure was large enough for the elections to be annulled.

The FPÖ’s appeal was thus deemed legitimate. The 22 May second ballot was nullified and a new one was established for 2 October. Ascertained irregularities offered populist parties the opportunity to take advantage of the situation. Not only did the FPÖ obtain a striking result on 22 May, but it also managed to prove that the election was somehow distorted by Austrian political system’s shortcomings. This allowed the far-right party to gain another chance for its candidate to become president and, at the same time, show the extent of inefficiencies of Austrian politics in organizing elections, which are the tool through which citizens can influence politics. The postponement favoured populism in that it allowed the FPÖ to underline once again the flaws and inefficiencies of the Austrian political system. Stressing others’ problems to propose itself as a valid alternative is, after all, the very essence of populism.

2 October was thus supposed to be the moment when Austria would have its new President. Yet the path towards that occasion met another obstacle. On 12 September, the Austrian Minister of Interior Wolfgang Sobotka declared that the rerun of presidential elections was to be postponed owing to faulty glue used in ballot papers. Thus, to avoid a potential second annulation of the elections, the government preferred to establish a new date for the second ballot to be held. It is scheduled to take place on 4 December.

This postponement, which is going to cost Austria 2 million euro, brought about further discontent towards politics. Hofer, for his part, did not lose the opportunity to highlight the inadequacy of the present Austrian political system, the result of decades of traditional party domination, which is thus to be blamed for the overwhelming majority of country’s problems.

However, polls still show Austria as a strongly divided country. One of the latest polls published by the Austrian press indicates Hofer as the favourite candidate. Yet percentages of the two remain very close to each other, which, given the uncertainty characterizing these elections, does not allow one to make reliable predictions.

Austria has proven to be one of the countries in which far-right populism found more consent. The delay of presidential elections – a symbol of democracy par excellence – owing to organizational inefficiency, does not help the latter’s stability and strength.

Discontent towards institutions and politics in general is already high. What is occurring in Austria, other than being to a large extent avoidable, is worryingly undermining the credibility of the political system.

It must be noted that the role of the Austrian Head of State is largely ceremonial. Yet the attention that is being devoted to its election clearly shows the extent of its political significance. Although the Austrian President’s decision-making power is rather insignificant, its election comes to be relevant when thinking of its symbolic importance. Are we really convinced that the election of a far-right Head of State, though with no remarkable powers, would not have a meaningful political significance? The political arena is indeed influenced by a wide range of factors and they do not have necessarily to do with actual decisional power. Many are less tangible, but not less influential.

The abovementioned election would be highly significant symbolically speaking and would certainly be able to affect European politics. Symbols, after all, play a remarkable role in democracy. Elections are one of – if not the most – important symbols of democracy. It is hoped that the 4 December runoff vote will put an end to this seemingly never-ending election. On the one hand, the election of the new Head of State would deny the far-right the opportunity to continue exploiting democratic symbols such as elections to its ends . On the other hand, it would be of great importance to remind the so called traditional political parties the significance of symbols, not only to counterbalance populist parties’ intense use of them but also not to forget about their beauty as well as importance in a moment where scepticism towards politics is considerably high.

Matteo Marenco holds a bachelor from the University of Turin in International studies, Development and Cooperation.  He is in the second year of the Master in European Studies at the University of  Florence and he is currently studying at the Université catholique de Louvain as exchange student. Last year he co-managed the educational program at the Historical Archives of the European Union in Florence, where he delivered classes and organized activities on the history and functioning of the EU. His main interests are in the study of EU’s complexities and dynamics, with a particular focus on migration issues and democracy effectiveness matters.