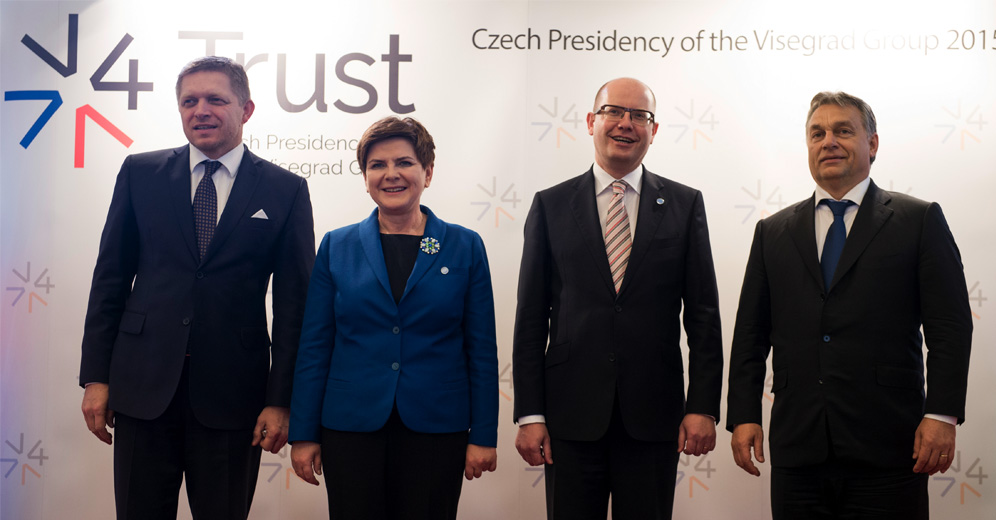 “I told you that there is not enough Europe in this Union. And that there is not enough Union in this Union. […] But never before have I seen such little common ground between our Member States. So few areas where they agree to work together. […] Never before have I seen so much fragmentation, and so little commonality in our Union.“

Those are the words with which the President of the European Commission Jean-Claude Juncker opened his State of the Union speech before the European Parliament on September 14th 2016.

The State of the Union address is an opportunity for the President of the Commission to present to European deputies the Commission’s priorities for the upcoming year. In his second address, Mr. Juncker stressed the need to “reunite our Union“. As a matter of fact, the member states of the European Union seem to have never been so divided.

Even from the earliest days of European construction, it was not easy for member states to agree on every issue. The governments of the six founding countries always had in mind national interests when negotiating with other member states – but at least, they were willing to discuss in order to reach compromises. However, with the successive waves of EU enlargement, it has become more and more difficult for member states to find arrangements. Nowadays, twenty-eight countries take part in EU decision-making, instead of six at the beginning of European Communities.

Since 1973, twenty-two countries have indeed joined the EU, and it is worth noting that these countries are all different. As a matter of fact, Europe is characterized by cultural and linguistic plurality. If English, French and German are the preferred working languages within European institutions such as the Commission, the EU has nonetheless twenty-four official languages. Traditions and history also differ within Europe: some people have experienced a totalitarian communist regime in their lifetime (e.g. Spain) while others have not for instance. Living standards vary from one country to another as well. Those differences may explain why consensus currently seems so difficult to reach. As things currently stand, the EU has indeed trouble being “united in diversity”.

An opportunity for constructive exchanges of views?

The various cultures and ways of life developed within the twenty-eight member states of the Union could be a key strength of the EU, insofar as they should enable member states to share various points of view concerning current issues. This exchange of views should be an opportunity for the Union’s members to take multiple perspectives into account so that they could have a good overview of the current difficulties within the Union and could therefore find better solutions to solve those difficulties. As pointed out by the geographer and diplomat Michel Foucher during his conference on borders in Europe, democracy does not mean common viewpoints but is rather the art of handling differences in a civilized way. This is all the more true within a Union which was originally a community of common interests in which member states had to overcome differences through arrangements. The frictions between the different countries of the EU are part of the Union’s identity. All EU members cannot always agree on every point, of course – even less when they are so numerous; but their differences of views should lead to transfers of ideas through discussions and exchanges instead of more and more disunion within the Union.

As a matter of fact, governments in today’s EU do not seem to be willing to exchange with others. The trend rather appears to be to hide even more behind national self-interests, the most recent example being the referendum on mandatory migration quotas organized in Hungary on October 2nd 2016. Through this referendum, Hungary’s Prime Minister Viktor Orban sought to oppose the EU plan intended to distribute migrants among the twenty-eight member states via mandatory quotas. Although a huge majority of voters rejected the EU proposal, turnout was too low for the poll to be valid under Hungarian law. All the same, the Hungarian government tried to challenge Brussels and to impose its nationalist and isolationist vision for migration policies.

As a conclusion, the EU cannot go ahead as long as some of its member states stick to their nationalist positions. Admittedly, each European country has specific features and it is understandable that some governments are not ready to fully engage in the European integration process. Yet, they should not hinder the very process with such provocative actions as Hungary’s anti-migrant referendum – all the more so as they have asked to join the EU and should thus have accepted the principle of solidarity and cooperation in order to find solutions together. The Visegrad countries put forward the principle of “flexible solidarity” at the Bratislava summit as an alternative for mandatory quotas. But such a mechanism would mean the birth of a Europe à la carte, where countries could choose what they want from the EU. In other words, some could receive without giving. That is not the spirit of the Union. Each member state is meant to receive benefits from its contributions to the common action, even if these benefits may be indirect. To quote but one example, Europe has become with the progress of European construction and the EU enlargements a space of freedom, peace and democracy, which is to the benefit of every state and citizen of the Union.

All in all, it is perhaps more necessary than it has ever been to operate according to the principle of a two-speed Europe, as advocated in the 1994 Schäuble-Lamers paper. Indeed, Wolfgang Schäuble and Karl Lamers feared that the EU would turn into a “loose association […] limited to a few economic aspects”. In this working paper entitled “Reflections on European Policy”, the German Christian Democratic Party proposed to institutionalize the method of “multiple speed” through the constitution of a “hard core” of member states meant to deepen the integration process. As a result, EU members would not be all integrated on the same level, which would enable some countries to be part of the EU on the economic level only. On the other hand, the “Core Europe” would have more room to work on a more integrated level so that transnational solutions could be found to current problems.

By Moïra Tourneur, student in European Affairs at Paris-Sorbonne University and EST ambassador to France. Feel free to contact Moïra at est.contact.france@gmail.com.