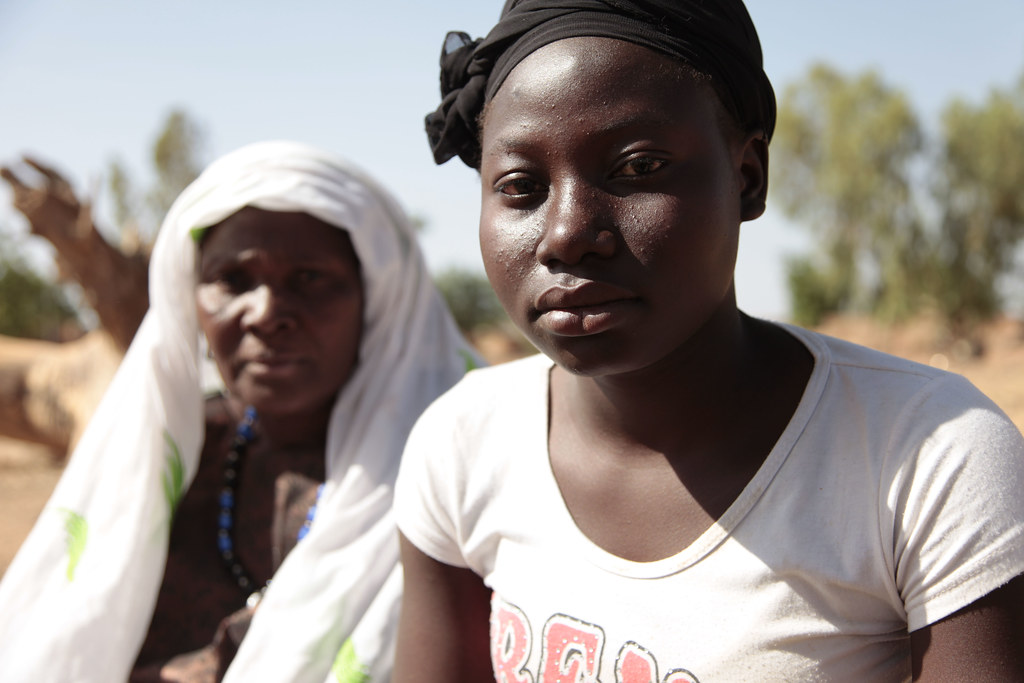 Written by Tekla Scharwaschidze, EST Ambassador to the Republic of Austria

‘It’s time to break the silence. It is time to fight. Female Genital Mutilation has nothing to do with religion, culture or tradition. It is a crime against girls and women!’ – Waris Dirie (1)

On the occasion of World Health Day, it is more than necessary to spread awareness about a ritual that is now increasingly being viewed as an abuse against human rights, whose history and dissemination is hundreds of years old, but is regrettably still prevalent in our modern world. There are numerous speculations about the exact reasons to blame for FGM (Female Genital Mutilation), but in particular lack of research and information about the subject, as well as cultural and social pressures, which prevent women from speaking out about the practice, make it harder to define them. Thus, this ancient tradition, which plays a central role in the lives of women in numerous societies, is hard to abandon, as its eradication would, in the minds of its proponents, only bring disgrace and grief to communities. Further justifications for the practice range from the ideal of female beauty and expected gender roles to misinterpretations of religion. Yet the consequences of the circumcision do not only impair the social life of the young girls and women affected but also cause severe health problems.

According to the World Health Organization (WHO), 200 billion young girls and women globally are affected by FGM, with the number increasing by 3 million each year and with 1 million girls at risk of being subject to the practice in Europe. The circumcision is performed in twenty-eight African countries as well as on the Arabian Peninsula and in some countries in Asia, with the prevalence of it depending on affiliation to a particular ethnic group. Due to immigration and the high importance of maintaining tradition, it has been brought outside of these geographies to Europe, USA, Canada and Australia.

In many African societies, conversations about sexuality and FGM is a significant taboo, whereby women only discuss it among each other. This explains the lack of literature on the practice, as until the 20th century only a few if no female academics represented this research field. With the publication of Desert Flower by Waris Dirie in 1999, detailing the life of Dirie as a Somalian woman who was circumcised as an infant, FGM has come much more into the foreground in academia globally and publications about the topic have increased immensely.

Within societies practicing the ritual, it is treated as a condition for marriage and is performed ceremonially, whereby a group of girls are circumcised successively. The girls become ceremonial figures, at the center of societal attention, and as a result their families experience great anticipation and joy. The girls are often unaware of what lies ahead of them, but they are advised to be brave and to suppress cries of pain, as their behavior during the ritual is perceived as being linked to their character and also influences their future chances in marriage. The practice is carried out at different ages depending on each society’s tradition, yet over the past few years, it has become increasingly apparent that girls are circumcised at a younger age or as infants because they are more defenseless and cannot refuse or criticize the ritual.

There are four different types of circumcision identified by the WHO, which vary based on whether or not the clitoral glans, the clitoral hood, the labia minora and the labia majora are removed. They are performed either by traditional circumcisers, midwives or old women from the village, depending on the ethnic group. All types, however, lead to the female genital organ being drastically damaged or mutilated with pruning instruments such as razor blades, knives, scissors, shards or even fingernails. Type 1 and Type 2 are higher popular forms of the procedure, making up to 80% of all cases in Africa. Type 3 is one of the most dangerous forms with the complete removal of the clitoris and the amputation of the outer and inner labia, causing many girls to bleed to death or suffer life-threatening infections. Due to the unsanitary conditions that the procedures are usually performed in, and the lack of investment in healthcare in these countries, especially in village communities, girls are exposed to blood poisoning and transmission of HIV and hepatitis through the reuse of non-sterilized tools. The risk is further increased due to the absence of local anesthesia or general anesthesia, with herbal preparations, alcoholic beverages or cold water used to alleviate the pain instead. According to the WHO up to 25% of those affected die from the direct or long-term consequences of FGM.

Justifications differ regionally and are connected to religious, cultural and social factors, including the prevalence of myths, lack of education in biology and medicine and misinterpretation of religious conventions. The practice is viewed as a symbol of a girl’s transition into womanhood, and only through this transition will she be recognized as a part of society. Women have to match the image of an exemplary wife and the first step in this direction is to control their sexuality. Genital mutilation is viewed as guaranteeing the virginity of a woman until she is married and as maintaining her fidelity to her husband. In most societies, the idea is firmly anchored in the fact that women would economically perish without men, and that without fulfilling their main role as housewives and mothers they would not be tolerated in society.

According to the Desert Flower Foundation, there are approximately 140,000 circumcised women in Great Britain, 100,000 in France, 50,000 in Germany and 8,000 in Austria as well as in Switzerland. (2) The main reason why FGM is common in these countries is due to migration, for instance, the outbreak of the civil war in Somalia. As FGM infringes many legal regulations like the International Convention for the Protection of Human Rights and the Convention of the Rights of Children, many families let their daughters travel to their home countries to undertake the practice secretly. While most European countries view the practice as a serious bodily harm, it has not been deemed politically relevant as it is mainly understood as a problem exclusive to migrants or minorities.

The Global Fight against FGM

The fight against the practice has been going on for many years, yet the first successes are slowly being achieved as a consequence of female empowerment and commitment to change. One success has been the application of a more targeted definition of the practice: since the UN’s World Conference on Women in 1995, FGM is no longer only seen as a cultural practice, but rather as an abuse against human rights and a form of violence against the female gender.

Numerous NGOs work with or without the government on various combined strategies and try to establish key measures. Many agree that legal regulations can help restrict FGM, but they are not in themselves the solution. In order to achieve an end to this dangerous ritual, it is pivotal that NGOs secure the involvement of the affected ethnic groups and societies. It is therefore vital that the communities view the practice as harmful and believe that they can break away from it. Thus, additional educational work and activities of regional organizations can support the process and can help ensure that topics such as sexuality can be discussed.  Organizations like Terre des Femmes, Desert Flower Foundation and FORWARD try to fight FGM on the ground and work with similar emphases, for instance, in the areas of human rights, health, education and empowerment.

It is clear, however, that the practice’s perceived role as a deeply rooted tradition creates difficulties in these efforts. Tradition and culture are important aspects of African societies, and in order to enforce change, sustained advocacy and engagement is required. In each ethnic group that performs the practice, FGM is justified differently, but in almost all, the primary justifications are controlling the sexuality of women and increasing the chances of marriage. It is believed that African women cannot survive without marriage and the economic support of the husband, and that if women refuse to perform the ritual, they will be banished from the village community. Thus, this social pressure is one of the strongest reasons why most mothers choose to have their daughters circumcised. As long as young girls and women remain exposed to this pressure and as long as they see the ability to marry as being closely tied to genital mutilation, it will be difficult to abolish the practice. It is therefore necessary to provide educational opportunities and facilities where women can discuss and receive education on their rights and subsequently advocate against the practice. Their confidence also needs to be encouraged to enable them to overcome barriers and consciously make independent decisions about their future. Even if only one mother chooses not to circumcise her daughters, they will later follow her lead, creating a generational impact.

Furthermore, it is important to raise greater awareness of and action against the practice in Europe. Young girls living in European countries who are threatened with the practice should be able to evade it. Therefore, integration plays an important role in achieving long-term changes. Special facilities and schools should be seen as places of support and safety, where girls should be able to seek help. In addition, educating schools and the civilian population about the drastic effects of FGM can help enhance public questioning and discussion of the subject, giving it the political importance that it needs and deserves.