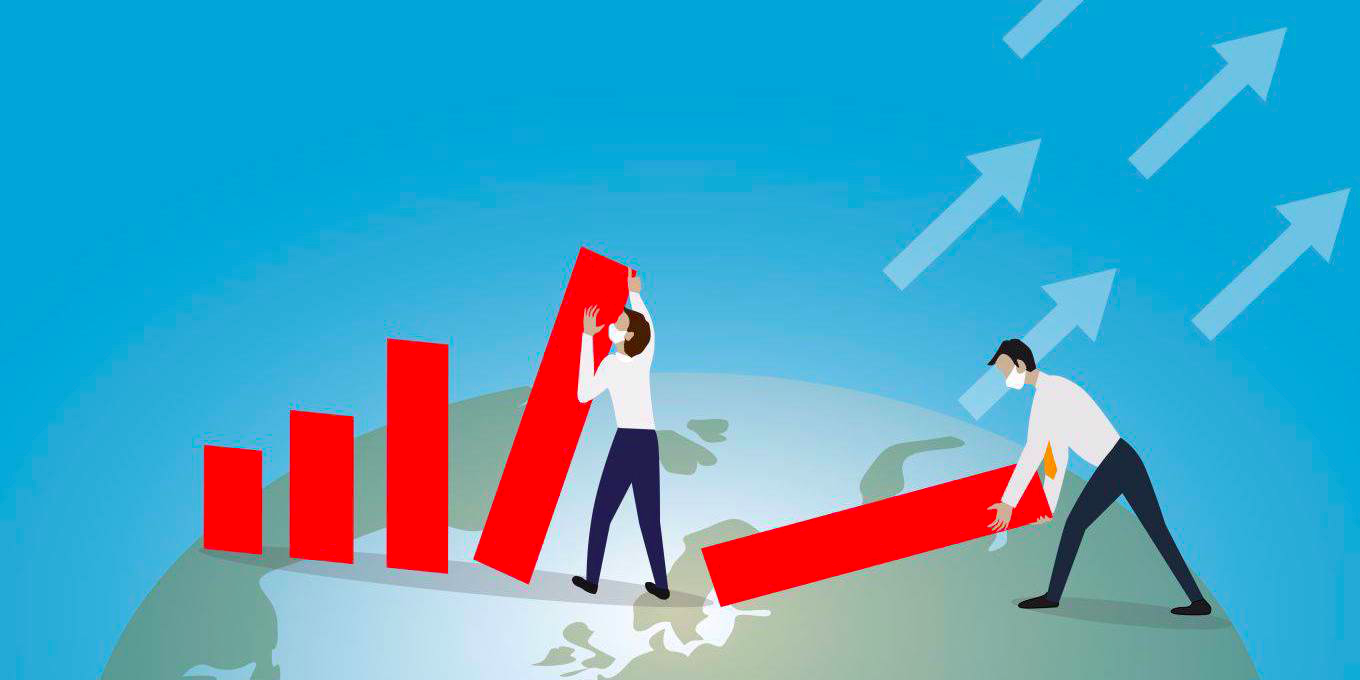 “The long waves, are a very important and essential factor in economic development, a factor the effects of which can be found in all principal fields of social and economic life” – Nikolai Kondratieff

The Covid-19 recession is an unprecedented crisis that few people predicted – even fewer knew how to deal with it – and has turned out to be equally severe as the Great Depression (Gopinath, 2020). The Great Lockdown also represents the end of the long economic wave that started in the 1980’s, peaked during the Great Moderation era and then started its downward path with the financial crisis of 2008, ultimately reaching its turning point today. Nikolai Kondratieff, the father of long economic waves, believed that capitalist economies get to these turning points after surpassing their cyclical economic nadir, every 40 to 50 years. This process of economic development leads to fundamental social changes. Thus, it could be asked how society would change due to the Great Lockdown, given the current economic paradigm.

The neoclassical paradigm developed by Alfred Marshall turned into mainstream economic thinking in the early 20th century and supporters of this paradigm believe in the marginal theory of value. Contrary to this idea, heterodox economists nowadays uphold the labour theory of value, the orthodox thinking of the 19th century developed by Adam Smith. This argues that the product value derives directly from the human labour and not from the equalisation process of marginal revenue and marginal cost (Cohen, 1979).

Certainly, nobody seems to openly question the dominance of the marginal theory of value, mostly because the supporters of the labour theory of value have often been academically marginalised and they care more about providing practical solutions to the problems of ordinary people, instead of arguing against the mainstream thinking of value creation. In this line, Mariana Mazzucato, one of the most prominent heterodox economists today, recently emphasised the importance of better public investment and more effective regulation rather than explaining how the mainstream economic thinkers got this crisis wrong (Mazzucato, 2020).

Mainstream Keynesian economists, like Paul Krugman or Olivier Blanchard, had also expressed their approval of a more robust fiscal stimulus. In 2009 Krugman published an essay explaining how economists failed to predict the Great Recession of 2008 and at the same time failed to use the available tools effectively enough to tackle it (Krugman, 2009). Ten years later, Blanchard in his presidential address at the American Economic Association said that public debt can be perceived more easily as sustainable in the near-to-zero interest rates environment, and he conveyed that expansionary fiscal policy could be used more often, but cautiously (Blanchard, 2019). Even neoclassical economists that have been described as “debt hawks”, namely Carmen Reinhart and Kenneth Rogoff, said in an interview in May that fiscal policy can help ordinary people more than monetary policy, and they compared this crisis with a war, in which we have to pay attention on winning the war rather than on how to pay for it in the future (Kennedy, 2020).

In the Eurozone, we have seen a change of substance regarding fiscal policy. When the European Debt Crisis erupted in 2010, policymakers almost unanimously advocated in favour of fiscal consolidation, deteriorating even further the growth prospects of the EU economy and leading to skyrocketing levels of debt-to-GDP ratio. On the contrary, in the current crisis the Eurozone leaders have used fiscal expansion as the necessary way of dealing with recession, creating massive fiscal deficits to support the real economy, ameliorating the consequences of the Great Lockdown. Whether policymakers cannot find common ground on how much fiscal money is needed for the economy – as we have witnessed from the current US situation- we have to admit that no matter the amount, this money worth every cent of it once it has been proven that public investment can enhance economic growth and development (Sahm,2020).

In addition, monetary authorities in the Eurozone have learned from the mistakes they made in 2010. The European Central Bank (ECB) is committed to inject €1,35 trillion by mid 2021 through its quantitative easing (QE) programs. It is worth noting that in 2010 there was no QE, and even in the beginning of 2011 the ECB Governing Council decided to raise interest rates twice as a contractionary measure. In order to fully understand how important and how enormous this liquidity injection is, we have to examine the benefits of the pre-existing QE program from 2016 to 2018, in which the ECB  purchased assets with a total value of €2.4 trillion. In just a year, more than half of this money will be spent on the Eurozone economy.

These unprecedented policy measures have been tested less aggressively before, once policymakers used all their ammunition available to deal with the Great Recession. In the words of Ben Bernanke, this will be the new monetary normality and the new monetary era of lower for longer interest rates and, lower inflation rates, has already transformed these unconventional measures of the past into the new conventional paradigm (Bernanke, 2020). Monetary stimulus has been used extensively to finance fiscal deficits, leading to debt monetisation. Most analysts believe that this tool, which has been demonised by monetarist economists in the past, has proven to reduce interest rates further and to give governments the essential fiscal space in order to invest more on public spending (Blanchard & Pisani-Ferry, 2020).

Orthodox economists believe that debt monetisation will push inflation up, yet there is not clear evidence of increasing inflation but facts about deflation and the danger that comes alongside deflationary pressures. The “silent revolution” – of normalising debt monetisation – in economic thinking has been the introduction of Modern Monetary Theory (MMT) as a valid and plausible solution. Supporters of MMT think that sovereign central banks can monetise public debt unstoppably as long as inflation remains below target. Some analysts believe that the Eurozone cannot be an example of how MMT works in practise, however the current monetary actions and the commitment of Outright Monetary Transactions (OMT) if needed, show that policymakers have already implemented MMT even without realising they had (Bofinger, 2020).

Hence, the core of economic ideas like the driving force of inflation, the creation of growth, the existence of inequality, undoubtedly will not change radically after this crisis is passed. What has changed and will continue to change is the policy solutions that economists offer, how these policies will be implemented and the theoretical models describing and predicting dynamic equilibrium (Velasco, 2020).

Leaders in the EU are not efficiently prepared for this social and economic transformation, but there’s reason for hope as they have made public statements diverging from the current economic orthodoxy. We should remember that in the 1930’s Keynes was the most famous orthodox divergent economist influencing Roosevelt, while in the 1970’s Friedman was the most prominent orthodox divergent economist, and they both achieved to change the course of economic thinking forever. Frankly, I do not know which economic paradigm will come next, once neoclassical thinking is dead. The only thing that is certain is that we have to wait for another forty years to see that coming, because neither Keynesianism nor Monetarism is dead.

Krugman, Paul. (2009, 2 September). How Did Economists Get It So Wrong? The New York Times Magazine

Mazzucato, M. (2020). Capitalism After the Pandemic Getting the Recovery Right. Foreign Affairs Retrieved from:  https://www.foreignaffairs.com/articles/united-states/2020-10-02/capitalism-after-covid-19-pandemic

Velasco, A. (2020). Are We All Keynesians Again?. Project Syndicate. Retrieved from: https://www.project-syndicate.org/commentary/states-must-be-insurer-of-last-resort-against-aggregate-risks-by-andres-velasco-2020-08