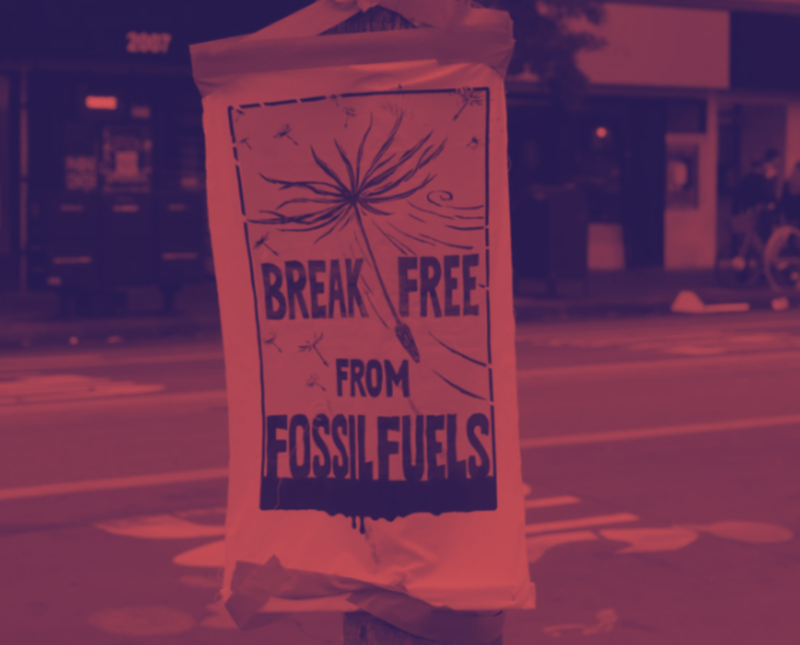 Humanity is currently witnessing the catastrophic effects of climate change. The nations are desiring and focusing more on the idea of ​​energy transition from fossil-fueled power to finding renewable energy sources. The issue of the depletion of coal fuels by 2030 and keeping the global temperature below 2°C, ideally at 1,5°C, has been legally secured by the Paris Agreement, which has been signed so far by 194 states alongside the EU. (United Nations Framework Convention on Climate Change, The Paris Agreement 2016). Although the energy transition from oil and natural gas dependency to renewable energy sources is a globally discussed issue, it is a process that is substantially done at a slower pace to have a more energy-efficient future. The effort to acquire energy transition, combined with the struggle of the state’s economies to recover from the pandemic economic struggle has likely caused  the escalation in the energy crisis in Europe.

Since early October, there has been a precipitous rise in natural gas, oil, and other resource prices in Europe, fueling a crisis that has had a significant impact on companies and consumers’ bills. This crisis epitomizes the sorry state of the energy transition process. The supply of the existing sources are unable to keep up with their subsequent increasing demand. In addition to an already bleak situation, several coal factories in China have shut down, thereby exacerbating the existing shortages and causing prices to rise even further (The Hindu, 2021). All the countries in the EU have felt the intensity of the crisis, but it has not affected all of them in the same way. The countries that significantly suffered in the EU were Greece, Italy, Slovenia, and Croatia. The electricity prices in these countries reached 230€ MWh (megawatt hours) creating a further strain on consumers as they endure the clean energy transition (Euronews,2021).

In light of the crisis, European countries came together and collaboratively approached  the EU to formulate  proposals to adopt a common solution. The European Commission responded on October 13th, 2021 with a framework called «Toolbox», which included  both short-term and mid-term measures, to support the consumers, the European companies and achieve tax reduction. The  «toolbox» is a 20 pages-long text, which offers bilateral proposals and solutions to be applied both by the Commission and by the Member States themselves. In implementing this «Toolbox», each state has implemented a different approach to adapt solutions to their unique needs.  (European Commission, 2021).

At the meeting held in Luxembourg, on October 26, 2021, the EU Ministers for Energy and Infrastructure came together to find consensus for the issue, despite the existing nature of significant differences between the Member States and their approaches.(Διαλιάνης, 2021). Efforts to overcome the divisions, however, were limited. The Member States are currently divided into three groups according to the respective policy measures that they  likely undertook.

Spain’s reaction to the crisis

Spain undoubtedly has been one of the most affected countries by the crisis. The country argued that the solution proposed by the European Commission, the «Toolbox» framework, is insufficient, because the measures proposed under it are significantly lenient and do not adopt a strict approach towards the escalating situation.

The greatest solution from Spain is the proposition of market intervention, a measure avoided by many other states. Subsequently, the country presented a document which, among other solutions, proposed the «decoupling» of electricity market prices, a proposal previously supported by France, Greece, Romania, and the Czech Republic. Essentially, Spain also suggested that «the total electricity price should be calculated as an average price of all the energy sources used in a country’s mix. It also included a suggestion for adopting a maximum limit on the price of electricity produced by natural gas». (Euronews, 2021). Although Kadri Simson, the European Commissioner for Energy, supported this pricing framework, she set aside the Spanish proposal for further discussion for the future. She cited that there were some issues in the proposal to be solved, such as transportation and storage issues. (Euronews, 2021)

Is the EU responsible for the energy crisis?

Although the European countries have long wished to find another provider or a partner in the energy sector, they have continued to rely on Russia, by importing a significant amount of its gas every year. The continuance exposes the European countries  to possible threats. One of them likely being the threat to be weaponized by Russia. The construction of pipelines like Nord Stream 2 only contributes to the problem of Europe’s reliance on Russian energy. (Berzina, 2021) The problem here lies in the fact that Europe still has not achieved the goal to be self-sufficient or sufficient enough to an achievable degree. What needs to be done is more integration in the energy sector, so that Russia does not monopolize Europe’s energy imports and set up an exchange network within the EU. Europe can also consider and examine the possibility to rely on another source of renewable energy. More specifically, pure hydrogen, obtained from renewable energy sources, can be the solution to the European Union’s energy security problem. It can have many promising applications in the fields of industry, transport and energy. Additionally, it does not emit CO2 and it contributes almost zero to the problem of pollutants. However, the goal of transitioning to pure hydrogen is strenuous and is expected to be achieved gradually.

Although several factors seem to be the cause of the current European energy crisis, the real reason might lie in the fact that European countries tend to consume more gas during the cold winters, which substantially leads to higher prices in the spring and summers, and thereby discourages traders from buying gas for selling it in the later year. (Berzina,2021). On the contrary, if the European Union is able to find an efficient source of renewable energy, it is likely that it would not be exposed to an already escalating market crisis.

Goals of the COP26: In which way do they contribute to the process of solving the energy crisis?

The annual UN Climate Conference, COP26, hosted in Glasgow for 12 days, in November 2021, started with four promising goals on its agenda: Firstly, to ensure globally net-zero carbon emissions by 2030 and keep the temperature at 1.5 degrees Celsius. Secondly, to adjust to protect communities and natural habitats that are threatened by the effects of climate change. Thirdly, to mobilize finance and boost investments in the climate sector to secure the net-zero goal. And lastly, to ensure the cooperation between the countries to deliver results. (UN Climate Change Conference UK, 2021)

What was originally expected from the COP26, regarding the crisis, was to provide a space for the important global players, such as states, policymakers, NGOs, energy, and technology companies and experts to come together and share their expertise on how the energy crisis can be likely be resolved  by finding an effective way to proceed with the energy transition.

A positive outcome, which resulted from a group of governments and public finance institutions’ part, including the US, EU, Canada, and the UK, was the joint announcement, signed on November 4, 2021. (Decision -/CP.26 Glasgow Climate Pact, 2021). The agreement promised to end the fossil fuel energy sector. This was also the first political commitment to phase out both oil and gas finance, not only coal, looking promising to finance other energy sources.

Undoubtedly, the countries, through their negotiations, made significant progress on the three initial objectives of the Conference. They committed to cutting emissions to keep the temperature below 2 degrees Celsius. Additionally, through their joint announcement, they promised to fund 100 million dollars per year to developing and vulnerable countries.(Decision -/CP.26 Glasgow Climate Pact, 2021). And lastly, they agreed to create a Paris Agreement rulebook which will likely help the states to survey their progress on limiting carbon emissions. Nonetheless, the goals of the COP26 were promising, but the crisis still remains unsolved.

If there is nο direct cooperation between the states in the energy sector, more integration, or if no alternative sources of oil and gas are used, the states will continue to depend on other states for energy supply, mainly supply on the two most popular energy sources. As a result, the unfortunate incident of rising energy prices will not be an isolated incident. The EU will continue to be sensitive, not only to endogenous impending crises, but also to exogenous ones. The Union’s energy security will be shaken and both companies and households will be exposed to the risk for an indefinite period of time.