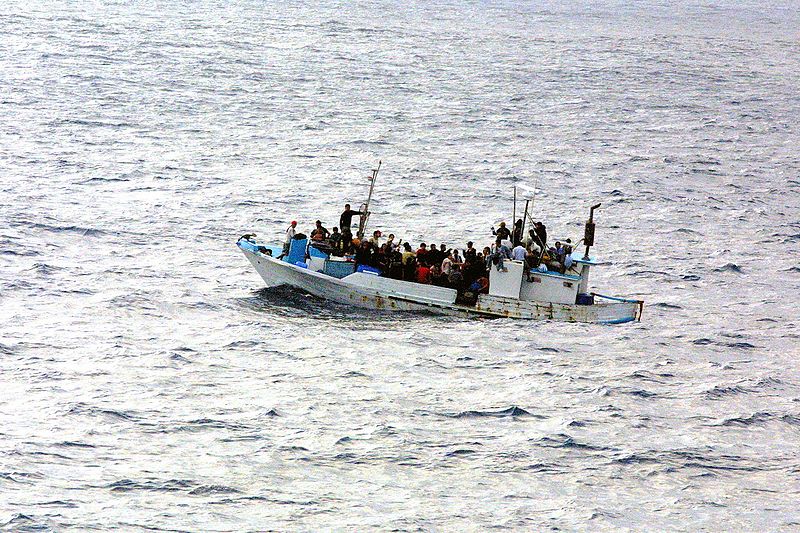 Why a disconnected, uncooperative Europe will not solve the problem of uncontrolled refugee-immigration by pretending the issue does not exist

There are few better places to live than Western Europe. It is the epitome of a successful continent; first world nation-states glued together by the principles of liberal democracy and freedom of speech. Most of the time you will not suffer at the hands of dated draconian religious laws and you will be permitted to express your point of view, no matter how controversial this viewpoint is, all the while enjoying the technological luxuries afforded to you by living there.

So it comes as no surprise that this seems so attractive to many who live in countries going through turbulent times, or where just staying alive is a daily struggle. It is a beacon of hope in an otherwise vastly troubled world, and therefore a place that many people strive to reach. The UNHCR gives a good descriptor of the length people will go to in order to join the European community:

“People entering Europe irregularly – without passports or visas – do so for a variety of reasons. In some cases, they are fleeing persecution, human rights violations and armed conflict and can, therefore, be considered as refugees who need special protection. More often, they are migrants trying to escape poverty and unemployment.”

Many research institutes, such as the International Migration Institute, agree that there has been a consistent increase in refugees coming to Europe from places such as West Africa over the last decade. Some methods of migration include boarding migrant ships run by traffickers. These traffickers, rather inhumanely, abandon their obsolete ships and their human cargo in the Mediterranean to avoid being taken in by European coast guards themselves. They sometimes put the ship on autopilot, much to the detriment of those on board. And sometimes even worse, with the Guardian reporting on the 14th of September 2014 that traffickers had deliberately rammed a ship when the passengers refused to transfer boats. Around 500 people are said to have died.

So, by all rights, must we not sympathise with these people? Should we not take them in? I can say for sure, that I sympathise. However the question soon follows what we do with these people. For those who we have clear evidence of escaping war or torture (for that matter, a whole list of human rights violations) we have a duty under the Hague Convention. We have an obligation to help those in need, but we as a continent cannot afford to provide for everyone’s economic needs in Sub Saharan Africa. Especially if it is to the detriment of our already strained economies and to our borders. This is what foreign aid is needed for. If we directly channel foreign aid into where it is most needed, we might be able to alleviate the issues for those who migrate for economic reasons.

The big issue of responsibility comes when the already economically strained southern European countries have to spend large sums of money on detaining illegal immigrants (e.g. Greece spent 63 million Euros in 2013), whilst only a small amount comes from Europe’s border agencies. That is truly pathetic. I always thought the European project was all about pulling together and it SHOULD be about pulling together. And even then, a country like Italy, which has had many issues between immigrants and the native, local community over recent years (such as the riots in Rosarno and the subsequent removal of immigrants, for their own safety) must raise the issue of responsibility even more. Yet, in June of last year, Italian officials largely failed in this respect. Similarities with the problems in Calais this past year are obvious.

While desperate immigrants, actual men and women like you and me, put themselves at risk, injure themselves and sometimes even die to get to the UK, the bureaucrats argue and squabble. The British do not want to bear the responsibility for them, because they are not on UK soil. The mayor of Calais also has done nothing, apart from blaming their presence on the UK’s “liberal” benefits system and making jokes about Britain’s border agency. Where is the cohesion? We need to step up, get together and use the European project for what it was made for; to help solve our issues as one community. This issue needs to be discussed AND acted upon by the EU. While we sit idle, right now people are dying, as they try to get to Europe and tensions are rising in port towns around Europe. An inherently negative vibe has cultivated itself, for which we only can blame our laziness. It is time to unite properly, lest we continue to let the sea of unaccountability rise.