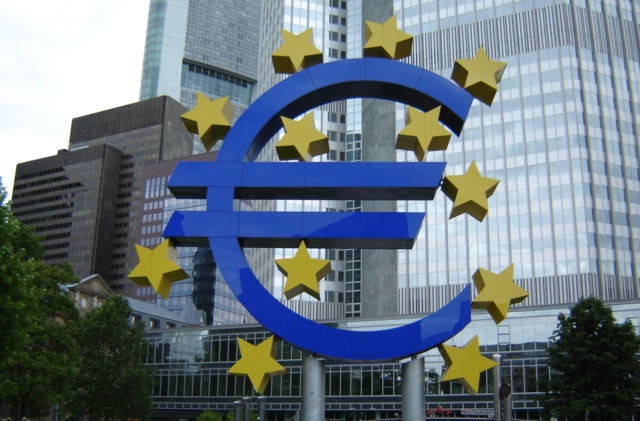 In preparation for a stronger Banking and monetary union, the European Central Bank preformed so-called “stress-tests” with its Single Supervisory Mechanism. The ECB published the results of their thorough year-long examination of the resilience and positions of the 130 largest banks in the euro area last week.

Together with a comprehensive report on the method, results and conclusions of the lengthy stress-tests that it preformed over the course of this year, the ECB released a list of the 25 banks that concluded with a “shortfall.” That is to say, 25 of the EU’s 130 biggest banks failed the SSM’s test.

The chair of the Single Supervisory Mechanism, Danièle Nouy, declared that the banks have now until November 10th to present the ECB with a capital plan and after, they have six to nine months to raise the funds, depending on whether they failed on baseline tests or in case of adverse scenarios.

Although Nouy was quoted as saying that there is “no room for complacency” (Reuters), there has thus far not been any word as to what the SSM will actually do if the banks fail to meet the 10 November deadline, or any of the others it has set. 12 of the 25 failed banks already covered 15 billion euros in shortfall in 2014, the ECB tweeted, the others have 2 weeks to prepare capital plans. The “or else” that would naturally follow that sentence was not specified. The words “penalty” or “consequence” are painfully absent from the report or coverage of the tests. The ECB press release titled “Comprehensive assessment: What happens after the disclosure of the results?” has disappeared from their website. When asked to be pointed to the new location of the statement, there was no reaction from the ECB.

Last week, when the results came out, there was a general sense of excitement because the results of the year-long test finally came out. People could see the results, which were conveniently tweeted in pretty graphs, but between initial excitement and waiting for the next deadline, there is a little time to ask some questions.

The results of the stress tests were predictable, so say the least. Taking a look at the list of 25 failed banks, which were conveniently listed on the ECB’s twitter account, reminds one of 2007. A number of the banks which failed the test, were those same banks which had to be bailed out by either IMF, the EU or one of its member states. Monte dei Parchi di Siena, the oldest bank in the world, was bailed out by the Italian state in 2012 and again in 2013 by the European commission. Thus far, it is the only bank that was quick to jump for a solution; Monte dei Parchi has announced that it will try to cover its deficit by selling more stocks.

Other glorious examples of adding insult to injury include the Portuguese Banco commercial, bailed out under Portugal’s 78 billion EU and IMF bail out (Reuters), the Oesterreichischer Volksbanken, which was partly nationalized in the crisis, as were Pineaeus Bank in Greece and now state-owned Belgian bank Dexia,

Is it possible to put our joy over the fact that the ECB is “finally doing something” aside to ask ourselves: what are they doing? Were year-long stress-tests and the establishment of yet another regulatory mechanism absolutely necessary to predict that certain banks in the Eurozone are simply not viable?

First of all, failing on baseline tests means that these particular banks will shortfall on their capital, even if the economic situation does not deteriorate. Nothing has to go wrong for these institutions to burry themselves in a deeper pit of crippling debt. The second category of banks, which failed the tests under “adverse circumstances,” will shortfall in case of another economic crisis or continued recession.

When the Single Supervisory mechanism was announced more than a year ago, there were high hopes that it would centralize banking authority. On November 4th, the SSM will have officially taken over as the EU’s banking watchdog. It remains to be seen what, if anything, it will do with its newfound power.