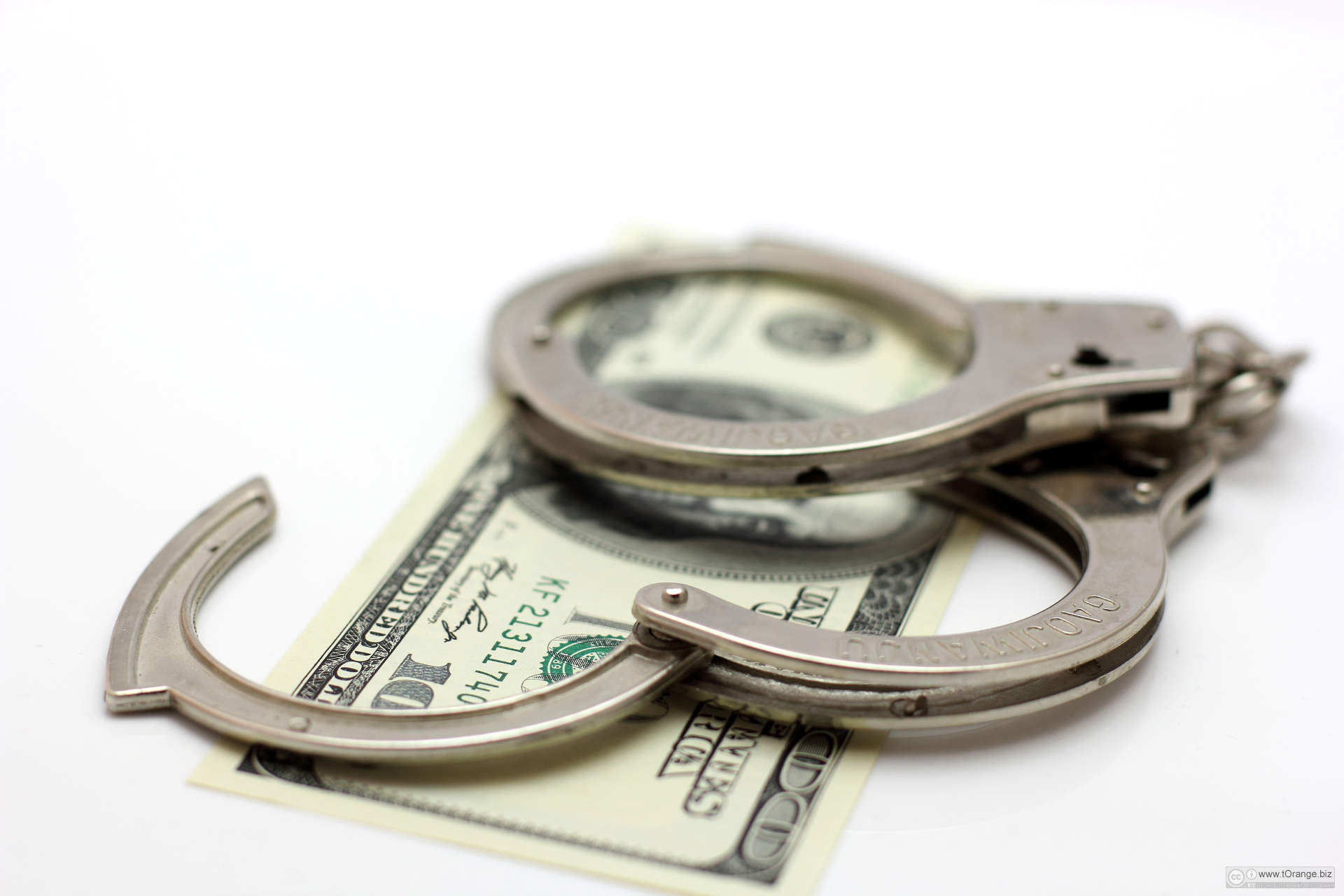 What do you think about when you hear the word corruption? Some people may think about the latest scandals and allegations from the world of sports. According to various media reports it is likely that corruption has played a significant role in awarding the FIFA World Cup to their respective host country over the last decades. Other people may think of a politician taking bribes in exchange for their vote on public calls for bids or legislation proposals. Some people may even have experienced corruption in their own private lives at some point. They may have been able to bribe a public official to receive documents on time or to escape a speeding ticket. Depending on where you come from, those situations may sound more or less familiar.

Thus, while some countries experience more corruption than others what exactly is corruption in the first place? The Non-Governmental Organization Transparency International (2015) defines corruption as the ‘abuse of entrusted power for private gains’. Nowadays, widespread corruption is still a pervasive global problem due to its detrimental effects on economic performance, political stability and societal integration. On the macro-level, determinants explaining corruption can broadly be differentiated into internal factors within organizations (e.g. meritocracy), external factors (e.g. institutions of checks and balances) and indirect factors (e.g. culture). In this paper, we look at one specific external factor to control corruption: the influence of media freedom.

First, we outline our basic argument why mass media is a powerful means to reduce corruption. Then, we discuss the role of media freedom in further detail and finally we present some data on the relationship between media freedom and the perception of corruption in Europe.

The Role of Mass Media to Reduce Corruption

In democratic societies, media are part of checks and balances and fulfill normative political functions (e.g., information, socialization, control). By exposing corrupt behavior within the administration free mass media contribute to a more transparent environment which makes it harder for corruption to succeed. As a ‘forth estate’ the media monitor compliance with democratic laws, values and rules. However, in contrast to the three institutionalized powers (legislature, executive, judiciary) mass media do not have formal means to sanction misconduct by public officials: therefore they exert their public control indirectly.

Rick Stapenhurst (2000: 3), advisor to the World Bank, names several ways in which media can curb corruption. First, he mentions their as a watchdog to hold political decision makers accountable for their actions. By exposing corrupt public officials mass media can prompt investigations by official bodies and convictions of corrupt political actors (vertical accountability). Especially when institutionalized control mechanisms fail, independent and critical media often perform their role as a regulatory body more efficiently than the legislative, executive and judiciary branches. In addition, journalists can expose flaws in the official anti-corruption bodies and thereby contribute to their reformation making them more effective in fighting corruption (horizontal accountability). Thus, media coverage strengthens the institutional design of the political system which is considered to be ‘the ultimate determinant of corruption’ (Lederman et al., 2005: 10–11).

Moreover, mass media provide a civic forum for voicing complaints and thus contribute to forming public opinion. By ‘highlighting policy failures, maladministration by public officials, corruption in the judiciary and scandals in the corporate sector’ (Norris, 2004: 119) the media can generate public pressure to force corrupt politicians to resign and to redistribute political power. These ‘naming and shaming’ campaigns influence the reputation of a corrupt actor (Fisman & Miguel, 2008). This effect is especially effective in the fight against extortive corruption, which refers to incidences when ‘the government official has the discretionary power to refuse or delay a service […] in order to extract a rent from the private agent in the form of a bribe’ (Brunetti and Weder, 2003: 1804). In this case the victim has an interest in bringing the incident to the attention of the public. However, in the case of collusive corruption bribing and receiving actors both profit from the corrupt transaction. Thus, these situations often lack an immediate prosecutor and call for investigative media which go beyond just being passive observers.

Furthermore, the media can also have a preventive effect. This reasoning is based on the deterrence theory, an external cost-benefit perspective that identifies three forces expected to increase the frequency and magnitude of corruption (Becker & Stigler, 1974): (1) high magnitude of external rewards, (2) low probability of being caught, (3) low magnitude of punishment. If the media fulfill their watchdog role, there is an increased risk for officeholders that their misconduct is exposed and that they will suffer criminal prosecution or a loss of reputation and power. Thus, the personal benefit of corruption decreases and deters potential perpetrators from engaging in corruption in the first place.
Why Media Freedom?

The previous chapter shed light on the various ways the media can potentially contribute to curbing corruption. In reality, however, the media are often restricted in fulfilling their normative functions and fail to reduce corruption. The journalists and media critics Bill Kovach and Tom Rosenstiel (2001: 53) claim quite plainly: ‘Rather than a watchdog of powerful institutions, the press is vulnerable to being their tool’. As a result the effectiveness of political institutions may decrease, which in turn increases the probability for corruption to occur.

The media are only able to expose corruption if media freedom is guaranteed. Almost all countries in the world ratified the Universal Declaration of Human Rights of the United Nations and committed to honor freedom of expression. In most democratic countries the right of free media is guaranteed by the constitution. Media freedom, however, is a fragile commodity. It is often abolished by totalitarian states and even democratic countries suppress media freedom in times of crisis (Dosenrode, 2010). Freedom House (2015) distinguishes between legal, political and economic constraints. All of those restrictions can occur both directly through censorship, prosecutions or press concentration and indirectly through self-censorship. Especially, the use of physical violence and the intimidation of journalists often have a general deterring effect resulting in self-censorship of investigative journalists.

The empirical relationship between press freedom and corruption is well documented (Brunetti & Weder, 2003; Camaj, 2012; Kalenborn & Lessmann, 2013; Norris, 2004). Several studies indicate that high degrees of press freedom lead to low levels of corruption in a country. Freille et al. (2007) distinguish between political, legal and economic constraints and find that political restrictions of the media affect the level of corruption to the strongest degree, while the impact of legal constraints on corruption is weaker. Further results by Camaj (2012: 1) suggest that ‘the association between media freedom and corruption is strongest in countries with parliamentary systems [e.g. Germany, Finland] than in those with presidential systems [e.g. France, USA]’. Moreover, when the media is concentrated in a few hands, they are more likely to represent the interests of their owners. Indeed, Djankov et al. (2003) find a strong correlation between government ownership of the media and corruption. Foreign ownership of the press is associated with lower levels of corruption because it increases transparency and prevents the obfuscation of corrupt activities.

Let us now take a look at the relationship between media freedom and corruption in Europe. By way of illustration, we use secondary data provided by two Non-Governmental-Organization: (1) Freedom House annually measures the perception of media freedom in 199 countries and territories (Freedom of the Press Index 2015 – FPI), (2) Transparency International provides data on corruption perception for 168 countries and territories (Corruption Perception Index 2015 – CPI). In our case we only take a look at 43 European countries from the samples assuming that media freedom is the cause of the perception of corruption. Subsequently, we assign each country’s respective score from the FPI to the horizontal x-axis and its respective score from the CPI to the vertical y-axis. Accordingly, the resulting scatterplot shows that with increasing media freedom, the perception of corruption goes down.

The data suggest that as soon as a nation’s media system is threatened with legal, political, and economic restrictions in one form or another, apparently perception of corruption increases dramatically. Thus, the results show that a free and consequently diverse media system is an important pillar in democratic systems and a prerequisite of politically and economically successful and healthy countries. In conclusion, if we are invested in the societal and economic well-being of the European countries, fighting for freedom of the press and the media is an absolute and unarguable necessity. The Swedish communication scientist Jesper Strömbäck (2010) illustrates the importance of media freedom for democratic societies with the following quote: ‘Together they stand, together they fall, and separate they are unthinkable’.