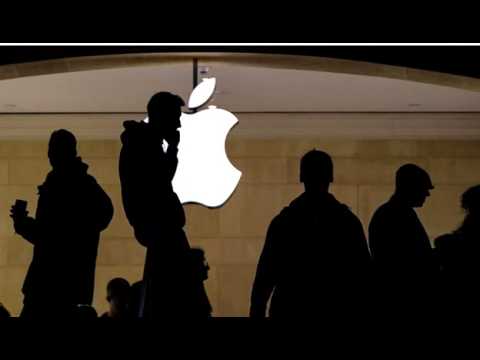 José Miguel Anjos is a Law graduate of the University of Minho, Portugal. He has been a delegate at the Euro-Ibero-American Youth Forum, organised by the European Youth Parliament Portugal, and currently acts as the President of the Law Students Association´s Supervisory Board. His engagement with youth and student organizations have inspired his passion for Europe, and as EST Ambassador in Portugal he intends to connect all interested students living in Portugal with the EST.

In 2002, researchers from the University of Pennsylvania (UPenn) conducted a survey on the way in which ancient regimes such as those in Mesopotamia, Egypt, and Rome have dealt with taxes. The conclusions were fascinating: taxation has existed for ages, and is one of the oldest social issues in the whole world.

Citizens and enterprises – the real tax payers – often have a very wrong idea about taxes. People usually see taxation as a way to steal their wages, profits, and, in particular, their personal wealth. From the state’s perspective however, taxes are one of its most important occupations: higher tax revenues mean better public services, a better health and educational system, and more social equality.

Over the last 3 years, the EU has started combatting tax avoidance and tax evasion more intensely. Many individuals and enterprises are using schemes to exploit loopholes inside a specific national tax system, sometimes even with the help of EU countries, in order to reduce their tax liability– the amount of money the tax payer must pay to the tax authorities. There have already been several cases in the EU related to tax avoidance schemes. These are big cases which reveal truly shocking practices, not only because of the type of enterprises and the huge amounts of money involved, but mostly because of the states supporting these schemes.

In 2014, the European Commission opened an in-depth investigation over a tax ruling agreement between Amazon and Luxembourg, despite the fact that this agreement was respecting EU rules with regard to state aid. This case concerned the deal on transfer pricing within the Amazon group. Prices for intra-group transactions have to be correctly estimated based on market prices. If this is not the case, groups of companies could have the possibility to underestimate their taxable profit, which would disadvantage other companies which buy and sell goods or services from the market rather than within the group. This may constitute ‘state aid’ within the meaning of EU rules. Amazon’s subsidiary in Europe was Amazon EU Sàrl, which is headquartered in Luxembourg and which records most of Amazon’s European profits. Based on a methodology set by the tax ruling, Amazon EU Sàrl paid a tax deductible royalty to a limited liability partnership established in Luxembourg but which was not subject to corporate taxation in Luxembourg. As a result, most European profits of Amazon were recorded in Luxembourg but were not taxed in Luxembourg.

In 2015, the Commission opened another in-depth investigation, concerning the tax ruling between Belgium tax authorities and enterprises in Belgium. In the same year, the Commission investigated tax schemes between the Luxembourg and Fiat and between the Netherlands and Starbucks. In the Starbucks-Netherlands case, Starbucks paid a very high royalty to Alki, a UK-based company. Through this scheme, and with the royalty paid to Alki, a large part of Starbucks´ taxable profits were unduly shifted to Alki, which is neither liable to pay corporate tax in the UK, nor in the Netherlands.

A few days ago, Apple was convicted by the EU to pay a 13 billion euro fine to the Irish tax authorities. The decision was based on a tax ruling which allowed Apple to pay taxes at one per cent or less on profits attributed to its subsidiaries in Ireland, well below the 35 per cent top rate of corporate tax in the United States and Ireland’s 12.5 per cent rate. “EU member states cannot give tax benefits to selected companies — this is illegal under EU state aid rules,” said Commissioner Margrethe Vestager, Europe’s top antitrust official.

The Irish government has already stated it will appeal the EU conviction, reasoning that Ireland made an agreement with Apple based on its national sovereignty. This, in fact, is a form of euro-sceptic behaviour. No EU member, including Ireland, should want to only benefit from EU subsidies, the internal market, and the euro, without the willingness to respect EU rules.

This being said, we already know there are lots of EU countries with lower corporate tax rates, compared to others within the EU; we know that Luxembourg, the Netherlands, Ireland, and the UK are among them. We are aware that these countries do not want to change their tax systems, either to keep being attractive to multinationals established there, or to reduce unemployment levels.

In this light, we should ask ourselves:

As has been said, these are not easy issues to solve, as it involves both legal, political, and economic considerations, and the cases we have seen so far might only be the tip of the proverbial iceberg.

There are ways to solve the problem. The EU could for instance create a blacklist containing the countries which are tax havens, include trade tariffs, and force tax haven countries to pay these tariffs to export their goods. This would be a perfect solution for the Swiss tax haven case.

Still, we must be conscious of the difference between having good ideas and the reality of realpolitik: we know of the diplomacy, the lobbying and the backstage games going on inside the EU, which often results in delaying solving the really important issues, like this one.

Nevertheless, we, as EU citizens, must continue to strive towards a solution of the problem of tax avoidance and tax evasion, so that one day we will hopefully fully dismantle the iceberg.