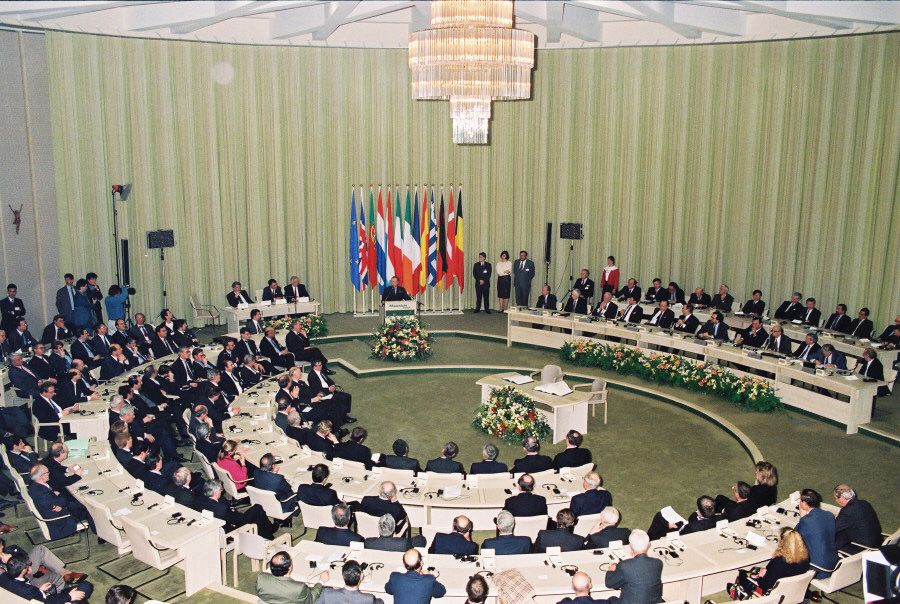 The European Student Think Tank is celebrating the 25th anniversary of the implementation of the Maastricht Treaty. Members of the Board and Ambassadors are sharing their thoughts on this historical moment:

“It is today 25 years that we can say “I am a European citizen”.  More generally, the Maastricht Treaty was an important turn in European history that some called a ‘constitutional moment’. Although we can remember that the adoption of the treaty was somewhat controversial, it was at the time the sign that the Union will make a quantum leap in its development. Today, more than ever, I am a European citizen, are you?”

Aurélien Pommier, President of the EST.

“The treaty of Maastricht was the first step taken to make Europe more than a common market. Can you imagine Europe without the Euro or the freedom of movement procured through European citizenship? I certainly can’t!”

Nieves Delgado, Vice-President and Secretary of the EST.

“Union makes force: our common identification as a Union 25 years ago and the assumption of the need of a monetary and economic convergence led to an unstoppable project that can’t be reversed now. However, there is still a need to strengthen and ameliorate those roots to achieve a real force.”

“The European citizenship was created by the Maastricht Treaty allowing citizens to move freely between Member States. This will have a huge impact on the multicultural atmosphere which is shared by the European citizens. We can have our special traditions but everyone is sharing a common feeling about being European and being more open minded with people from other member states as well.”

“Maastricht Treaty was significant for European integration because it established the European Monetary Union (EMU) and the Treaty on European Union (TEU) which lead to the construction of the main pillars of the European Union.  It paved the way for further economic developments such as the single currency market, again with all its privileges and responsibilities. It was a political and legal act which has changed the continent forever- it created the fundamentals of monetary union which holds the EU together.”

“Recalling the 1st November 1993 should give us hope. The Maastricht treaty shows very clearly that in order to maintain European cooperation we need to continuously defend the EU and its core principles in the face of growing populism and nationalism. Merely maintaining the European Union as such, however, will not be enough in the long run. Following the example of the Maastricht treaty our political leaders and we as citizens need to strive for further development of the European project – with clear visions, ambitious goals and courage.”