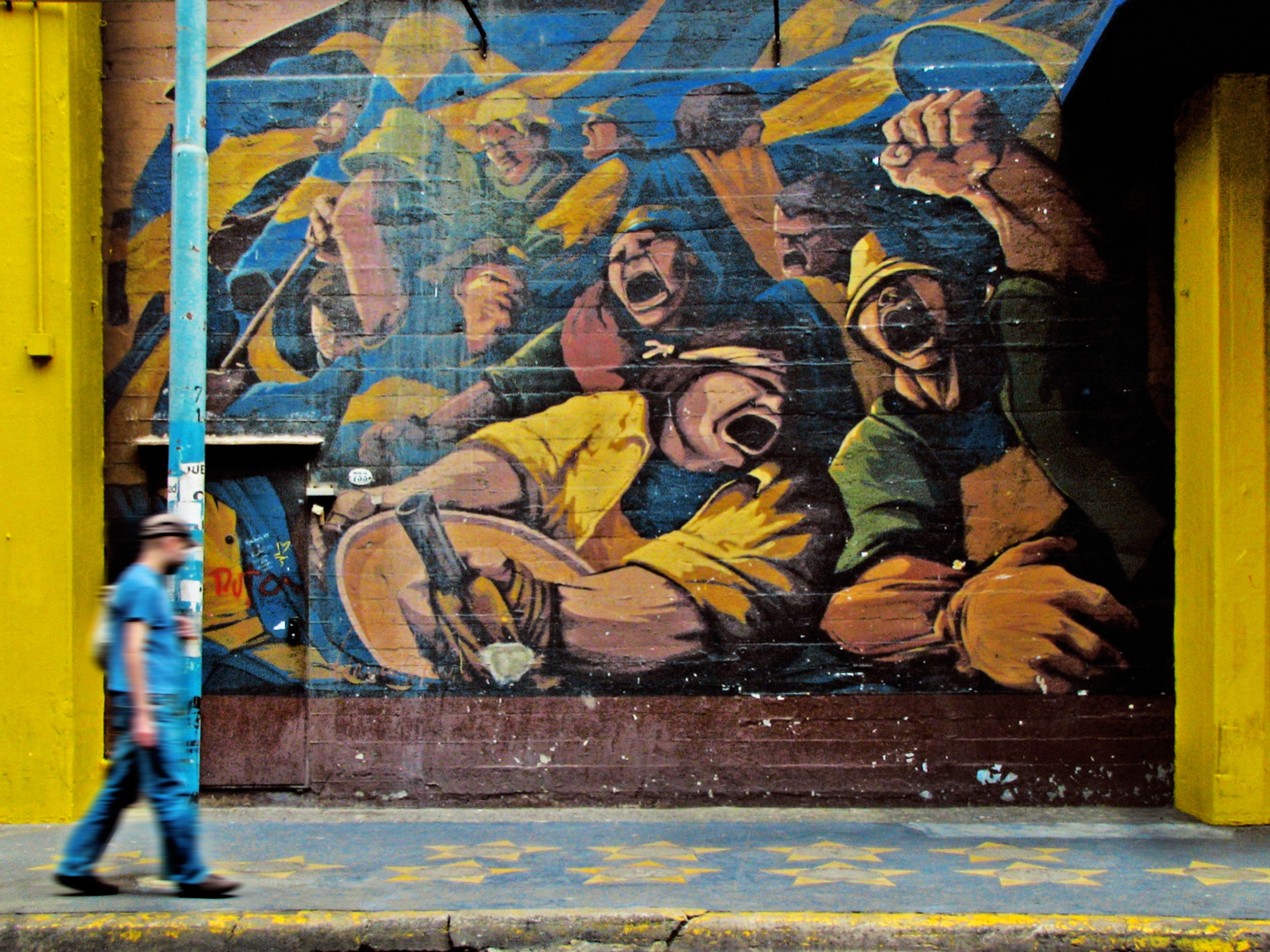 A spectre is haunting Europe. The spectre of fascism. For a generation of babies born after the fall of the Berlin Wall, our collective consciousness associates 1989 more closely with the name of an album by Taylor Swift, than the pivotal year. 1989 saw revolutions sweep across Bulgaria, Poland, Hungary, and East Germany, to name but a few. These largely peaceful revolutions saw the ousting of entrenched political leaders and the participation of non-Communist parties in burgeoning democratic processes.

In an academic article for the Journal of Democracy published in 1991, Harvard Professor Samuel Huntington conceptualized the formation of democracies within the framework of political, cultural and social waves From the liberal revolutions which spread across Europe and North America in the 18th and 19th century, spearheading the first conjoined democratic experiences, to the decolonization process after World War II, Huntington notes the existence of both waves of democracy formation and “reverse waves” of anti-democratic reaction.

1989 was the epicenter of democracy’s third wave, as the former states of the USSR formed democracies which were integrated, to a greater or lesser degree, into a globalized political, economic, and social system. The decade of the 90s saw the integration of Poland, Hungary, and the Czech Republic into the OECD -which both attests to the consolidation of their democratic processes as well as the achievement of a functioning market economy. The final symbol of the consolidation of democratic success -the integration into the European Union– would come for practically every former Soviet Satellite state in the first decade of the XXI century. While these democratization processes culminated with international integration, the revolutions which swept across Europe would have not been possible without the important efforts of civil society-actors turned political actors in the transitional process, such as Vaclav Havel or Lech Walesa.

After the critical work of civil society organizations as promoters of democracy in the decade leading up to 1989 and the widespread social belief across Eastern Europe in democracy and European integration, we may possibly be witnessing democracy’s third “counter-wave”. These young democracies are currently being threatened from within. During the cold war, the erosions of democracy occurred by means of coups. Currently, the erosions of our democracies are being inflicted by democratically elected leaders. From Hungary’s Viktor Orban to Poland’s Law and Justice Party, the last few years have seen these countries battle against the EU by passing a series of legal reforms which weaken the rule of law in favour of the executive, illegally detain refugees, limit civil liberties and attack the rights of women and minorities.

After 1989, the consolidation of liberal democracies appeared to be inherent to the new international world order – the triumph over a competing world system, communism.  For the babies born after the fall of the Berlin Wall, democracy seemed like an unquestionable, irreversible right we had been born into. Like technology, it was woven into our DNA. For the generations that were involved in the 1989 revolutions and lived through the oppression of the Soviet sphere, a return to autocracy would seem inconceivable.

How is it then, that in 2018  we face a revolution which is the antithesis of the revolutions we faced 50 years ago, in 1968? Why do these movements favour autocratic tendencies, illiberal democracies, and xenophobic nationalism?  Democracy is being eroded from within its very institutions: in Hungary, Prime Minister Orban has ordered the detaining of refugees and asylum seekers he has described as “Muslim invaders”,  Furthermore, Hungary has erected a fence on its border with Serbia and performs extra-judicial expulsions of migrants that are illegal under International Law. This, with the support of the population which elected Orban and fuels this counter-revolution. All of these instances have sparked the unprecedented the European Parliament recommendation on the triggering of the EU’s Article 7, never before applied and only used in severe violations of EU law.

In the 1990s,  Huntington predicted that the catalyst of our current reversal would inherently be linked to a collapse of the global economy. While the global economy is recovering from the financial crisis on a macroeconomic level, this alleviation is a band-aid for the real result of the subprime crisis. That is, the corrosion of confidence in democratic institutions as counterweights to deregulated economic activity, and, ultimately, a deterioration in the public’s confidence in democracy as the legitimate means of organization. This economic crisis, interwoven with humanitarian crises and conflicts which have sparked the global refugee crisis, has become the arena of a nationalist-protectionist discourse.

The role the United States has played in the decrease in faith in democratic institutions should not be underestimated. As a country which prided itself on its Cold War mission to export democracy, it is now veering away from its global influence drastically. President Donald Trump has alienated the international community with his tariff wars and talk of removing the US from key international organisations and treaties. Nevertheless, even if Trump has alienated the globalists, Trump’s US is a bastion of hope for increasingly autocratic Eastern European countries like Hungary, Poland and Bulgaria. Trump embodies precisely the solution to the most pressing issues post-Soviet young democracies, or gray-area democracies face: nationalising policies to counter-weigh the impacts and effects juxtaposed ethnic identities within the nation-state, a closed-border policy toward migration, and a nativist revival.

Until recently, these democracies have retained many of the principles and institutions which have bolstered them: from the division of power, to the liberalization of the media, to an independent economic and political society and the international commitments that emanate from our membership within of Multilateral Institutions; therefore, preventing the Executive from taking power in an autocratic manner. However, a dismantling of the legitimacy of democracy in the eyes of the public is a worrying sociological trend that threatens more than public opinion: it threatens the foundations of democracy itself. This lack of faith in democracy could lead to the normalization of the execution of more and more autocratic reforms, such as the alarming Polish Constitutional reform or the Hungarian extra-judicial refugee detentions.

There are those now coming of age in 2018, who wield fascist symbols and aim to rebuild the wall that the generation of their parents knocked down. Leaders in the Polish and Hungarian governments are tearing down their judicial independence, and in Trump’s America, the opinion of his electoral base is built in 140 characters. This is the chronicle of the retreat of the third democratizing wave

Carlota Nunez Strutt is a student of International Relations and Journalism at the King Juan Carlos University in Madrid, specializing in democratic transitions, EU-Russia relations and international development. During her studies, she has completed internships at UN Women, the European Parliament, the OECD and the Council of Europe. When she is not learning Russian, Carlota can be found drinking copious amounts of coffee and listening to her favourite jazz records. 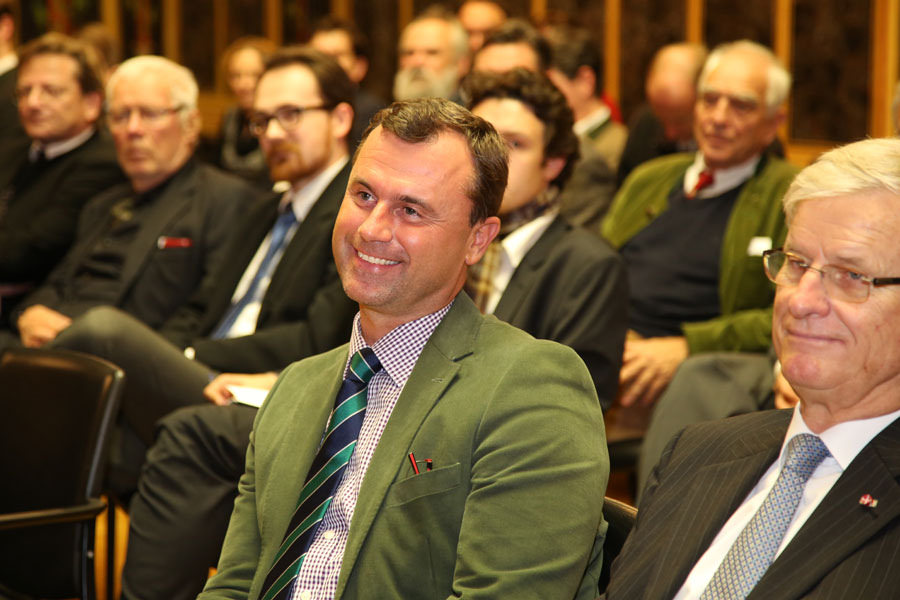 A Game of European Domino: Can we expect an Öxit next?

Dominik Draxler  obtained his Bachelor’s Degree in Political Science from...

MUCH ADO ABOUT NOTHING: Thoughts on the “Burkini Gate”

Hugo Decis graduated from a French classe préparatoire a few...