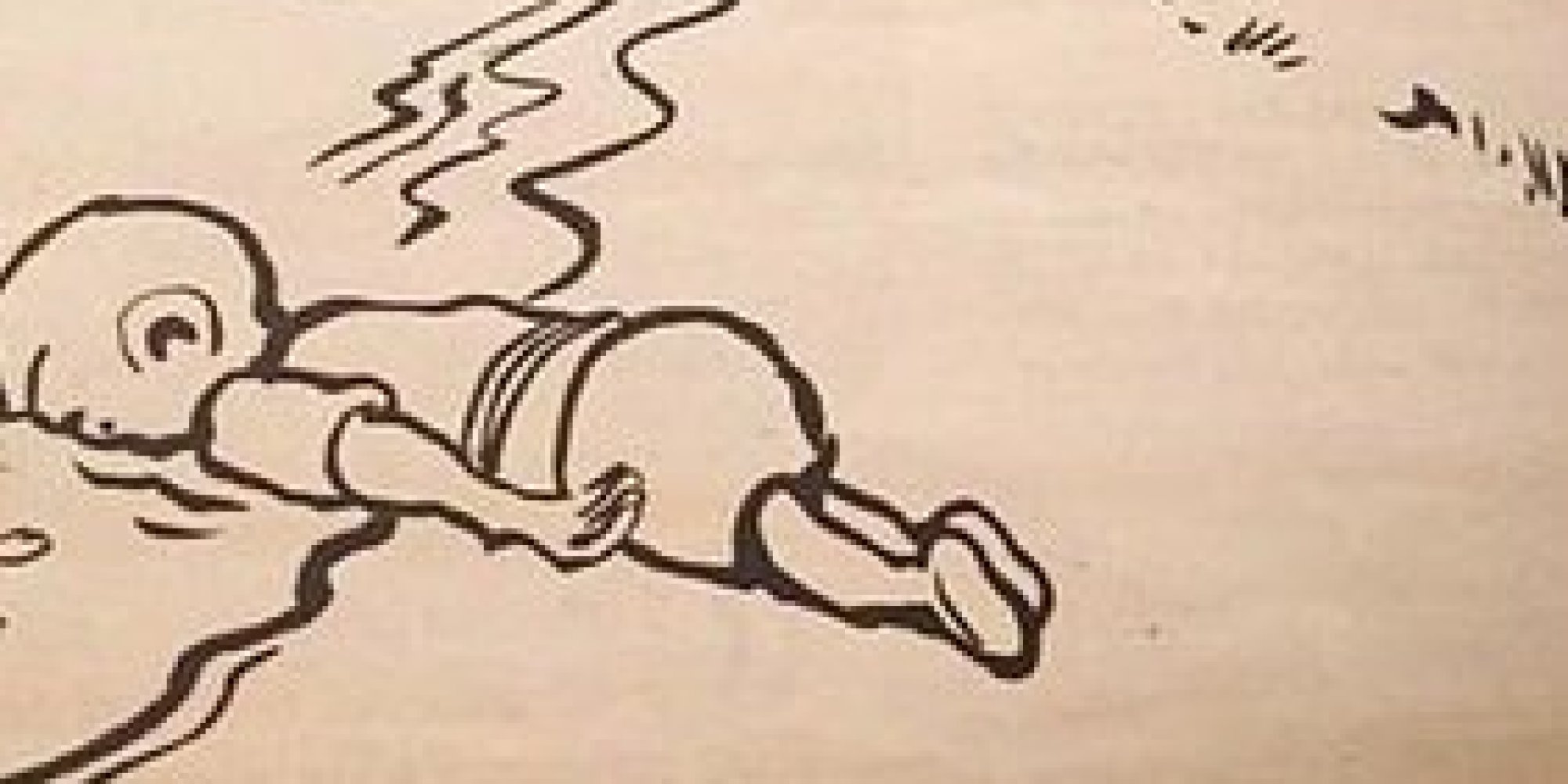 By Diana Guth, master’s student Human Rights and International Politics at the University of Glasgow and writer for the European Student Think Tank.

Medio September 2015, the French satirical magazine Charlie Hebdo has returned to the spotlight with another series of controversial cartoons. This time however, they are not targeting the prophet Mohammed, Muslims or the Islam, but they are drawing attention to the case of refugees and how the EU is dealing with the crisis through two cartoons connected to the case of Aylan Kurdi, the Syrian 3-year-old boy who was found dead on the beach in Bodrum last month. One of the drawings shows his image with Ronald McDonald in the corner smiling and offering “2 children’s menus at the price of one” (“Deux menus enfant pour le prix d’un”). The second cartoon illustrates a man walking on water whilst another one is drowning, with a text balloon containing the following words: “Christians walk on water. Muslim children sink’’ (“Les Chrétiens marchent sur l’eau. Les enfants Musulmans coulent”).

In January of this year, Charlie Hebdo faced serious problems after publishing cartoons with the prophet Mohammed, which infuriated people and eventually led to terrorist attacks at their site in Paris with a tragic outcome. Despite acknowledging that the cartoons were inappropriate, the entire situation sparked endless debates and support for the cartoonists, as such attacks were completely inhumane. After 8 months, Charlie Hebdo decided to publish another set of controversial cartoons, about the refugee crisis this time. Many people were outraged by these cartoons and have criticized the magazine for going too far with its illustrations, saying the cartoonists have supposedly not learned from their previous mistakes. Some people are saying that Charlie Hebdo is mocking the death of an innocent refugee child, while others blame the columnists for being too culturally insensitive. They appear to make light of a horrific situation, which understandably disturbs many individuals.

Hence, are these cartoons truly making everything seem like a joke, or is their real purpose a very different one? As we analyze these cartoons and the texts included more thoroughly, we may essentially get to learn something else: that the columnists are sending a serious, realistic message to Europeans and the rest of the world. A message that many people cannot understand, because they fail to reach beyond these graphic images. The message is that the EU, and possibly other parties, are not trying hard enough to save these people’s lives. Moreover, the line “Christians walk on water, and Muslim children sink’’ does not mean that the writers/cartoonists themselves are hateful or xenophobic; it conveys the idea that many people refuse to help these refugees due to their different religious and cultural beliefs.

Indeed, it might be difficult to comprehend these messages by looking at two cartoons which can seem very ignorant or repulsive at a first glance. In fact, it is not necessarily the cartoons that are drawing people’s attention, but rather the texts they feature, which make it easy for people to believe that Charlie Hebdo is mocking a tragic situation. This was depicted in the public outrage exposed by New York Times (Sept. 15 2015), which showed various people’s opinions about the cartoons expressed in the form of Twitter messages. Moreover, online newspapers such as Al Jazeera claimed that the cartoonists should be facing trial for their publication. What others complain about or highlight in articles, blog posts, or on social media, Charlie Hebdo illustrates in two images that are more or less aggressive at a first glance. It is not surprising that they kept receiving negative feedback, as these cartoons are difficult to digest for most people. But, just like any other shocking picture, headline, or article, it is clear that these cartoons do play an incredible role in raising awareness with regards to the brutal reality we face in the light of the current crisis. There are ethical concerns regarding the methods they adopted, as they touch highly sensitive topics, including the inability of states to reach a consensus on how to deal with the crisis. Evidently, here, the end (the message) was supposed to justify the means, or the methods employed (the controversial cartoons).

All things considered, there is absolutely no doubt that the Charlie Hebdo contributors do have a general tendency to go beyond the limits of what people may consider common decency as was the case earlier this year. Nevertheless, the hidden message their cartoons are transmitting with regards to the treatment of refugees should be discovered by each of us: that we need to try and do more for other people who are in a critical situation; that when it comes to human beings, there must be a solution to every problem. From this viewpoint, the brief analysis presented in this paper only seeks to open people’s eyes to the duality of these images, and consequently to the de facto problems that lie at the basis of Charlie Hebdo’s motivation. Charlie Hebdo’s cartoons are indeed shocking. But maybe every one of us needs to be shocked in order to start looking for a solution.