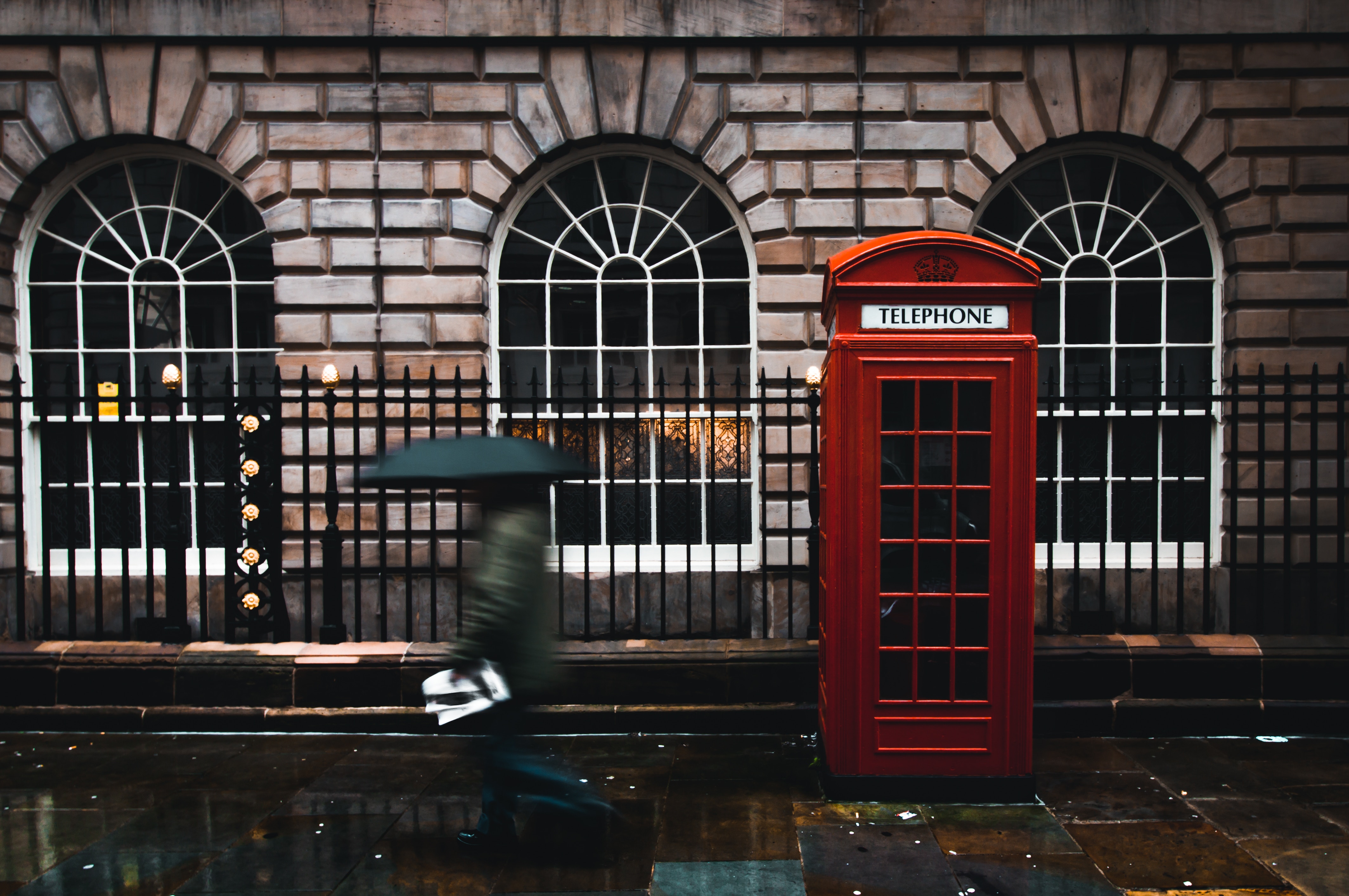 By Cosimo and Zoe, Ambassadors to the UK

If a Brexit fever-pitch has ever been reached in the UK, the third  week of October was definitely it. Firstly, expectations were high in the run-up to the October EU-Summit in Brussels, which has frequently been framed as a critical juncture in the Brexit negotiations (Boffey, 18 Oct 2018). It was hoped that an agreement could finally be reached on the remaining sticking points in the Withdrawal agreement: The border between Ireland (EU) and Northern Ireland (UK). Essentially, the question remains on how to prevent the need for a hard border between the two countries should the UK and EU fail to agree on a future relationship. An agreement on this issue would have hailed a major breakthrough in the negotiations and a major win for Theresa May and her fragile premiership. However, her ‘demons’ – Tory rebels launching a leadership contest, Arlene Foster threatening to withdraw the DUP support – held her back. Immediately after the Irish Minister for European Affairs Helen McEntee announced May’s consent for a backstop to the backstop on the NI issue, the British PM had to play down such plans, so much so that she refused to acknowledge even her team’s initiatives. Ironically, her actions managed to unify her party – something rare to witness in nowadays’ Britain. They unanimously rejected the possibility of letting Northern Ireland into the customs union and single market in case negotiations fail to produce a new deal with EU during the transition period.

Eventually, it became clear that agreement was not reachable. The Prime Minister flew back to London without a solution on the border question, leaving the Brexit future as opaque and uncertain as ever. What implications does this bear for the British people? How about for Northern Ireland? Is this the end of Great Britain as we know it? According to a growing share of the British population, the ultimate fight over Brexit has only just begun. Since April 2018, the People’s Vote movement has been steadily gaining momentum. Only last June, 100,000 took over the streets of London – on the second anniversary of the Brexit vote – demanding another say on the final Deal. On Sunday 20th October, those figures were shattered, with more than 700,000 people (corresponding to the 1% of the British population) joining together to “Demand a People’s Vote” on the final deal (BBC, 20th Oct 2018). It was the second largest protest in the UK this century after the Stop the War demonstration in 2003. as the catastrophic effects of Brexit become clearer as the days go by, the electorate has the right to express itself again. Politicians are failing to deliver on their referendum promises, which in turn has fuelled anger amongst the public for the current proposal.

The protesters’ sentiments of frustration and fear echo those same warnings uttered by experts and politicians of all political hues in the run-up to the 2016 referendum. Supporters of a second vote, especially the younger generation, see this as a window of opportunity to right the wrong (Mohdin, 20th Oct 2018). Nonetheless, young people are far from alone in the political arena. Among the those who addressed Parliament Square were high-profile figures such as the Mayor of London, Sadiq Khan, a staunch people’s-vote-supporter, as well as MPs of all colours, including the leader of the Green Party Caroline Lucas MP, Tory Remainer MP Anna Soubry, and the leader of the LibDems, Sir Vince Cable. Their unanimous message to their colleagues in the Commons is to listen to their constituents, and put Country before Party. Particularly moving were the testimonies of those whose loved ones were victims of the many IRA (Irish Republican Army) attacks from the 1970s to the signing of the Good Friday Agreement in 1998. The border issue in Northern Ireland is not something political, to be used as a bargaining chip. It was a reality that the people in NI fear it can resurface. Representatives of the NUS and NHS took also the stage demanding to be given a voice, as universities and hospitals will eventually be harshly hit by Brexit: both sectors rely heavily on the expertise of EU citizens coming to the UK. As a matter of fact, hospitals are already witnessing a sharp decline in their staff: onl 800 nurses from the EU have been added to the NHS workforce compared to 6,382 in 2016/17 and 9,389 the year before (Matthews-King, 24th April 2018). Similar dire trends have been registered amongst British Universities, with a 19% increase in resignations of European academics in 2017 only (Stefanini, 7th Jan 2018) A recurrent theme voiced by every speaker was that the 2016 campaign had been built upon lies and misinformation, which the wider public is now waking up to. “[The British] government is leading us towards either a bad Brexit deal or even worse no deal at all. These options are a million miles away from what was promised. The government doesn’t have a mandate to gamble with our future”, Mr Khan stated emphatically to a cheering crowd. Concerning the critique that a public vote was not democratic, Khan responded that the exact opposite would be the truth, wondering what could be more democratic than trusting the judgement of the British people.

A message from Scotland’s First Minister Nicola Sturgeon was also showed to the crowd. Sitting proudly in front of a Scottish and EU flags – with the Union Jack nowhere to be seen – she reiterated the necessity for Scotland to be kept as close as possible to the European single market, in line with the result of the Scottish vote on June 23rd, 2016. The nation was the strongest among the Four to express their willingness to Remain (62%) (BBC, 24 June 2016). Yet, this time she seemed to have taken off her independentist mantel as she reached across the Kingdom to encourage everyone to pressure their MPs for a second referendum. She scathingly attacked PM May saying that her government is trying to ‘’scare us into the frying pan for fear of the fire’’, so as to force the country into a bad deal.

Despite growing support for this position, the prospect of an actual people’s vote is still uncertain. Once the EU and the UK have agreed on a withdrawal treaty and an initial outline on their future relations, the Withdrawal Deal will be submitted to the UK Parliament for a “meaningful vote”. This is the moment of truth for Brexit and is widely recognised as the biggest obstacle to Theresa May’s hopes of getting a deal through parliament (Owen, 2018). This vote is a legal obligation under the UK’s 2018 EU Withdrawal Act. But, there remains a dispute over whether MPs will be able to amend the legislation – to include, for example, a provision for a second vote. Not only would the Labour party have to support a people’s vote, which seems more and more likely, but it would also require around 20 Tory MPs to support this amendment – contrary to party lines. So far, only a few Tory members are openly supporting a people’s vote, amongst whom is Anna Soubry MP. She also addressed the many Brexit supporters participating at Saturday’s March who now feel disillusioned by the government’s plans. “Welcome back to the field” she shouted as Parliament square erupted in even louder cheers and applause. The crucial question is, whether this will be enough.

Clearly, the protest was a major expression of public opposition to the government’s current Brexit plans. However, when looking back at the last major protest against the war in Iraq in 2003, a people’s vote has poor prospects of success; the UK under Tony Blair still entered the war. From a legal perspective, there is no requirement whatsoever in the Article 50 procedure to grant a people’s vote on the final deal. When (if) the day comes, and the Commons is presented with the opportunity, will the movement have managed to gain a majority in Parliament backing a people’s vote? This would certainly constitute – yet another – fever-pitch moment.

Cosimo is a MSc student of EU Politics at the London School of Economics, after having concluded his undergraduate degree in Politics &amp; International Relations at the University of Manchester. As a true supporter for further European integration and enlargement, Cosimo intends, during his Ambassadorship at EST, to show how Brexit is revealing the compelling need for reform of the EU as well as the latter’s approach to its citizens.

Zoe is currently a postgraduate student of International Political Economy at the London School of Economics and Political Science. Previously, she has followed the joint-degree undergraduate programme of European Public Administration in the Netherlands as well as in Germany and spent her Erasmus semester in Spain.

Owen, J., 2018. The Prime Minister’s Brexit deal will face its biggest test in Parliament – here are some tools for her (and her opponents). LSE Blogs – Brexit. Available at: http://blogs.lse.ac.uk/brexit/2018/08/30/the-prime-ministers-brexit-deal-will-face-its-biggest-test-in-parliament-here-are-some-tools-for-her-and-her-opponents/

Mohdin, A., 20th October 2018. Huge crowd turns out in London to demand a ‘people’s vote’ on Brexit. The Guardian. Available at: https://www.theguardian.com/politics/2018/oct/20/peoples-vote-turnout-trumps-previous-protests