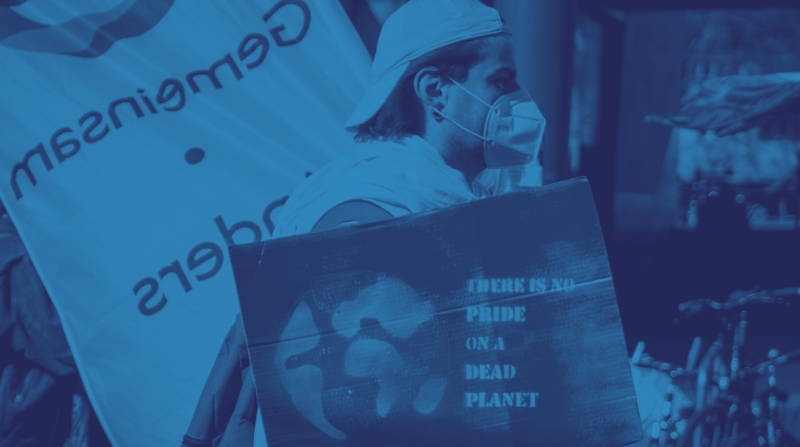 After a summer of natural disasters, fires, numerous floods and the temperature reaching unprecedented numbers each year, it’s finally time for yet another Conference in Glasgow. The 26th Conference of Parties to the United Nations Framework Convention on Climate Change in early November, under the UK’s presidency, marks the start of a new era. Possibly, the transition from a gas and oil based energy supply to renewables with the main goal being the stabilization of the global warming rate at 1.5 degrees, as submitted by the participating countries in their Nationally Determined Contributions. UK’s presidency in the COP26 comes from its vast decarbonising strategy, as UK’s carbon emissions decreased from 1990 to 2019 by 44% which is the fastest decline in the G7 according to COP26 reports (UN Climate Change Conference, 2021), and fairly leading Boris Johnson’s government as the leader in climate action. Undoubtedly, major economies like the EU have a significant share of responsibility when it comes to supporting climate action, but what does the EU hope to achieve in the COP26 conference?

First of all, the EU’s engagement with its international partners is of great importance when it comes to achieving climate neutral-economies by 2050, as presented in the European Green Deal (European Commission, 2021). Thus, an important initiative was signed in September between the European Union and the United States, aiming to reduce global methane emissions that will be launched at the Conference in Glasgow. Methane is a potent greenhouse gas, responsible for the rise of the global average temperature and its rapid reduction is claimed to be one of the most effective ways of limiting the global warming phenomenon. The Global Methane Pledge (European Commission, 2021), as this agreement is called, already has the support of 15 countries, including some of the top emitters like Indonesia. A year ago, an EU-US alliance on climate change seemed unattainable given the Trump presidency, which didn’t pay much attention in climate matters, however Joe Biden’s re-engagement with the agenda has paved the way for other global players to start transitioning. Most importantly, the EU’s strategy on climate action does not only aim for moderating the risk of more natural disasters, but also gives the EU the power to take the floor on the global green revolution discussion, especially since China has so far left a major mark on the development of green technologies.

China’s meteoric economic rise, her domination on global carbon exports and continuous advancement creates a diplomatic challenge for the European Union, meaning that it should be treated as a unique case. For the upcoming Glasgow conference, China released a framework (Xie 2021), for implementing low-cost green technologies like electric vehicles, but as stated in the Climate Action Tracker, China is not the most efficient when it comes to implementing climate policies. To add onto this argument, the president whose attendance is of great importance given China’s carbon footprint won’t participate in person in the COP26, and consequently complicating the EU’s and China’s cooperation. What’s more, a crucial aspect of the EU’s and China’s relationship, besides working together towards defining sustainable activities, is to counterbalance China’s influence in Africa and Latin America. As Africa is not responsible for significant carbon emissions and will surely be the continent that will suffer a major part of the consequences of climate change, the EU’s cooperation with the African Union is of utmost importance. Despite the African Union’s vast potential on the green transition, its developing countries lack infrastructure and the financial back-up to support it, and that’s where the EU can step-in.

However, the EU establishment of a cooperation with the south requires outbidding external investors, like China, by developing a strategy and implementing the green transition as a priority in the agenda. It’s also important to note that given the fact that China dominates global carbon exports with exports reaching one billion tonnes compared to the EU’s million tonnes(Clark, Dennison and Engstrom, 2021), China’s involvement in sustainable activities is vital due to the allocation of carbon that is being released in the atmosphere. Consequently, the EU will be negotiating with the COP26 countries to finalize the <<Paris Rulebook>> (European Commission, 2021) in order to ensure integrity of global carbon markets. Hence, a well-functioning system can generate additional investments in the green transition and reduce the carbon emissions further in an financially sustainable manner.

Renewables are without a doubt one of the most important subjects of the COP26 conference and consequently the transition to green technologies is where the EU’s civilian power plays a crucial role. The EU’s bloc should shift its focus towards serving its own infrastructure needs, especially when renewable energy generation is becoming more and more common as the production is established in China by investment from large-scale markets like Germany. On the other hand, European private companies play one of the leading roles in the wind power industry, as well as hydrogen and electrical grid technologies. Thus, since the EU’s power largely lies in research and innovation, to obtain more power on the green bargain, the EU should focus on providing policy advice to its international partners and use its research as a method to upgrade green technologies and reform the energy market. In pursuit of this goal, the EU, as a major leader that can aid vulnerable countries, established the Team Union along with member states and European financial institutions. This particular Union was made to support collectively by contributing 21 billion euros per year and an additional fund of 4 million euros proposed by the President Ursula Von de Leyen (European Commission, 2021), making the EU the biggest donor for climate action.

The key to a successful COP26 for the EU is the shaping of the post-conference political environment, especially when it comes to the United Kingdom in the aftermath of Brexit and its main energy supplier, Russia. Despite the relationships being tainted by the UK’s exit from the European Union, the EU should ensure the engagement in matters of concern for both parties, such as climate change, which could include working together towards securing a global net-zero. Conversely, EU’s fulfilment of the ambition to become a global climate leader, is also dependent on its relationship with Russia. To further explain, Russia is hesitant towards the climate movement, as it can affect its main source of income, which is energy supply. Thus, the EU should focus on dialogues about the Carbon Border Adjustment Mechanism (European Commission 2021), which aims to prevent the production of EU products in countries with insufficient environmental policies, by equalizing the prices of the imported and the EU-made products. The CBAM Mechanism is of concern to Russia, as well as the European Green Deal, so the enhancement of their cooperation could pave the way for the EU’s energy independence.

In conclusion, the European Union’s leadership in the green energy market still has a long way to go and the strategy will only be sustainable as long as the EU makes the most of its civilian power potential. The focal point of this year’s COP26 is the reform of the political climate and the establishment of diplomatic relations with both internal and external  actors to serve the interests of the EU. Hence, it is of great importance that the EU acts towards obtaining autonomy, to a feasible extent, by tackling climate issues with mainly Russia and China. The EU’s political potential, especially when it comes to research, political advice and market reforms should mainly be focused on the global south, where future prospects of green technology establishments are located. The COP26 will surely not save the planet right away, under an optimistic point of view, it will note significant progress in transitioning towards a greener economy.

European Commission (October 28, 2021) Statement by the President Ursula von de Leyen ahead of the G20 Summit and the UN Climate Change Conference (COP26). Retrieved from :https://ec.europa.eu/commission/presscorner/detail/en/STATEMENT_21_5643

Clark, Dennison and Engstrom (October 27, 2021) Climate of cooperation : How the EU can help deliver a green grand bargain, European Council on Foreign Relations, Retrieved from : https://ecfr.eu/publication/climate-of-cooperation-how-the-eu-can-help-deliver-a-green-grand-bargain/