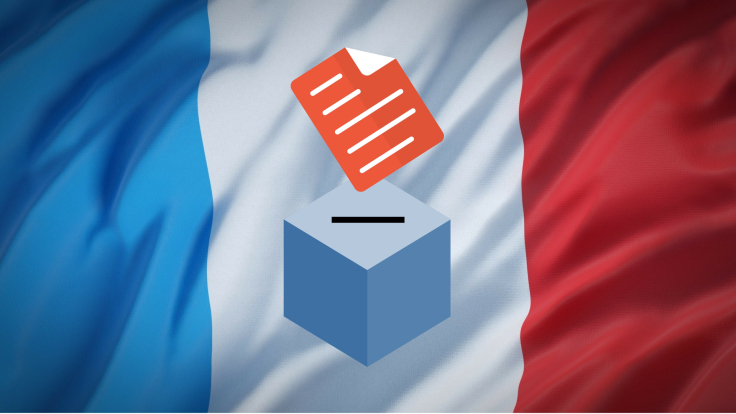 In a few weeks, French citizens will head to the polling stations to choose their future head of state. At the moment, the outcome of the election is still unpredictable and the presidential race is heated by many fluctuations and political turmoil. According to Marco Incerti, the Italian referendum on the constitution reform and the BREXIT plunge the European Union in an uncertain and vulnerable position. France has been a long-time driving force of European integration; however, the possibility of dealing with a domino effect cannot be ignored. This article seeks primarily to give an overview of the French political context in light of the forthcoming elections. Based on the different political agendas of the candidates, I will then analyze the impact on the European Union each candidate could lead to.

The incumbent president Francois Hollande suffered from a low popular rating record in the last year of his presidency which has impacted the Socialist party’s image to rule a country. He became the first president to waive a second mandate and the defeat of the former Prime Minister during the primaries confirmed a lack of support to the socialist government. In parallel, the traditional right-wing party Les Républicains is currently fighting an uphill battle ever since its leader François Fillon faced allegations revealed by a satirical weekly newspaper. The designated representative of the conservative party is losing ground after leaked documents disclosed fictitious employment of his wife and children as his associates. The traditional two-party system in France has faced a progressive decline with the emergence of new contenders from other political affiliations since 2014. In response to traditional right-wing and left-wing parties suffering difficult positions, recent polls indicate that French citizens are putting more emphasis on alternatives.
As a matter of fact, most recent polls put Emmanuel Macron ahead in a runoff against Marine Le Pen for the conclusive second round of the elections.
The results of the presidential election are even more uncertain due to the increasing importance of news coverage, confirming more than ever its position as the Fourth Estate. The French press is increasingly taking an investigative form; the multiple revealings and campaign coverages affirm a strong desire of transparency and accountability of politicians within French society.

In addition to domestic societal issues, European Context of France also determines to a large extent the programs and ideologies of French candidates. Following the BREXIT, the future of the EU will heavily depend on the outcome of the upcoming French presidential elections. A recent poll conducted by the Pew research center suggests that French citizens show the lowest level of support towards the European Union among all member states after the Greek population.

The candidates are adapting their positions to a vulnerable domestic and international context. The EU is a subject of discrepancy among the different candidates and it occupies a central place in their campaigns. Therefore, the political programs of the candidates give us a glimpse on different scenarios that the EU could be facing. Based on polls, thefollowing section presents several possible scenarios for the upcoming elections as well as the concrete form of EU-relations the respective candidate promotes.

A different Europe for each candidate

The first scenario, which would have the greatest political impact, is to see Marine Le Pen taking office. The anti-EU program advocated by the Front National’s leader lies in the two following main aspects; the withdrawal from the Euro as a single currency and the re-establishment of national borders. Still, in addition to ideological differences, these statements have faced several criticisms especially because of the lack of suggestions for their implementation. Marine Le Pen made it clear that she is calling for patriotism against advocates of globalisation. Such synopsis could lead to a Beggar-Thy-Neighbor policy, where France would instate protective barriers to alleviate its economic difficulties at the expense of other European countries. However, these promises towards the French population neglect the reality of how globalized the world is we live in today. In a nutshell, Marine Le Pen is the candidate of seclusion. Generally, the visions promoted by far right leader could lead to a similar scenario as was observed in the UK, namely a referendum on a « FREXIT ».

On the other hand, Emmanuel Macron, one of Le Pen’s main rivals constituting the second possible scenario, shows more optimism regarding the EU. Macron, leader and designer of the newly born movement En Marche ! was recently announced a main frontrunner without party affiliation, especially due to his holistic message including left, right and central ideas of the political spectrum. Despite the absence of an official program until recently, the young leader is a keen campaigner in favor of European integration. In opposition to a withdrawal, the former minister for economic affairs is committed to strengthening the Euro as a single currency in order to « provide Europe with full international sovereignty against the dollar on its use ».Moreover, the candidate seeks more subsidiarity to improve the efficiency of the EU. As such, Macron is against economic and territorial borders and thus seeks to increase cooperation among member states to tackle external borders fragility. From the position of an outsider, he is seen by many as a serious alternative to populism due to his opposition to nationalist ideologies and openness towards European integration.

The next scenario, though getting more and more out on a limb, is to see François Fillon win the elections. The leader of the conservative party follows the path of Charles De Gaulle’s intergovernmentalism. He is committed to drastically reduce the European Commission power and to construct a « Europe respectful of Nations ». Nonetheless, Fillon seeks more integration in the Eurozone area, calling for mutualized debts and closer cooperation between head of states in the monetary field. The French conservative is willing to develop a trade agreement with Russia that is actually subject to an embargo by the EU. However, due to his loyalty to the Euro on the one hand and his desire for French sovereignty on the other hand, Fillon is criticized to be keeping two irons in the fire.

Of course, there is also a possible scenario concerning left-wing candidates, for whom Benoit Hamon has gaining ground. Considered by many as a left-wing rebel, Hamon is looking for a socially integrated European Union and a more democratic governance within the Eurozone.  Indeed, the socialist leader promotes solidarity regarding highly indebted countries and proposes a Eurozone assembly « to make decision-making within the single currency bloc more democratic». Moreover, Hamon embodies the voice of an ecologically engaged EU with the commitment to promote an energetic transition; firstly, by reducing nuclear energy in Europe as a whole and, secondly, by suspending the Comprehensive Economic Trade Agreement between the EU and Canada. Last but not least, Hamon also supports a better protection of refugees; he pledges to revise the Dublin rules and advocates a more proportionate relocation scheme within Europe.

A last possibility would be if Jean Luc Mélenchon, the leader of the « citizen revolution » platform, won the upcoming elections in France. Mélenchon, who is currently head-to-head with Hamon according to the latest polls, is advocating a withdrawal from the European Union.  The aspirant to presidency is hostile towards the Lisbon Treaty and especially the role of the European Central Bank. Indeed, the far-left candidate is reluctant towards the current form of the EU, suggesting to « change it or leave it ». Mélenchon’s ideological cornerstone is to fight austerity measures imposed by the European Central Bank. From this perspective, the EU is a bone of contention that could hinder a union of the political left between Hamon, Mélenchon and the ecologist party leader Yannick Jadot.

Looking at the summation of these tense international and domestic forces, the upcoming elections in France promise to be a stimulating event. Polls currently attempt to keep up to speed with reality while simultaneously revealing the difficulty for French citizens to decide on their future at this stage of the game. With traditional parties maintaining controversial positions, we can notice a heated debates on a European vision. The different party programs reveal that the European Union has become an important subject of discordance and give us a glimpse of major change for the EU.

Is economic integration truly incompatible with one’s love for his country?  The populist speech that is progressively gaining ground follow the concept of sovereignty, brings to mind the era of nationalisms. Marine Le Pen is the spokesperson of such speech on all aspects, calling on border controls both for migration management and to fight against common currency while Fillon recall Gaullist ideals. However, both conservative leaders are facing inquiries that harm their credibility to rule a country.

The French political left seeks greater transparency and more democratic decision-making process especially regarding the economic governance. Mélenchon and Hamon both claim fairer budgetary schemes from the EU but they differentiate when it comes to its implementation.

And then we have Emmanuel Macron. The young leader is running on a platform to strengthen the EU and its actual institutions rather than to reform them. In opposition to the other candidates, Macron looks at Europe as a whole and refers to a European sovereignty.

This article aimed to give the reader a panel of scenarios ensuing the French presidential elections. The campaign is catalyzing questionings going through Europe, and the outcome of this election might be a response. The old continent’s atmosphere is far from being quiet.  Geert Wilders, the Dutch anti-EU populist, is announced as frontrunner in the imminent national elections in the Netherlands, and he could open up the way of seclusion in Europe. It is certain that we are currently experiencing change as the last events worldwide have demonstrated. While we could argue that Europe has to adapt itself, we can’t neglect that populism is a dangerous agent of change. Appart from being harmful for the European project, seclusion is a danger for social cohesion within the countries. One should never forget on which purpose the European project started, namely peace, and we should stand up to avoid a confrontation of national egoisms.

Living in Brussels, Adnane Lachheb studied Political Sciences at the ULB and spent his third year of bachelor in Madrid at the University Carlos III for an Erasmus exchange. Freshly graduated with honors, he is now engaged in a Master in European Studies at the institute of European Studies in Brussels. Adnane lived in many countries with different cultures and it fostered his interest towards international relations