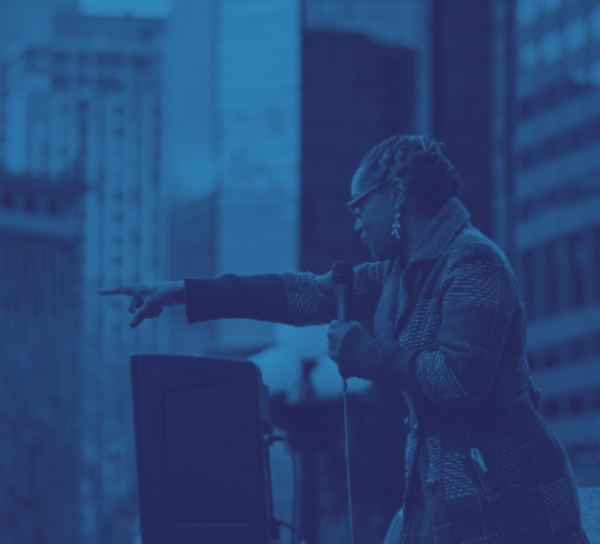 History, society, and the patriarchy have shaped female roles for centuries. The constant fight for women’s rights and suffrage in 1920 has granted women the right to participate in elections, however, unfortunately, it has not changed much in today’s climate. In the contemporary world, society still lacks the representation of women in politics and leadership positions. Before diving into the topic, readers should take into consideration that there are two main distinctions that characterize this problem. According to political scientist Christopher Berry, there is so-called “voter bias” – society’s distrust towards female politicians, and “election aversion”-  women’s lack of desire or underestimation of their qualifications (Cahn, 2020). To identify the starting point of these reasons, the reader should understand the historical purview of this pertinent issue as it has shaped the present vis a vis internalized misogyny, widespread prejudices about women as leaders, and ruined the female politicians’ ambitions.

“Men make better political leaders than women ” (Setzler, 2019) is a common misconception society comes across in discourse on women in politics. This idea emerges from a profoundly ingrained mentality and from stereotypes that affect society’s consciousness and deter women from entering and participating in politics. In a survey conducted in 2018, many participants inadvertently demonstrated their bias towards female political leaders without understanding society’s impact on their perception. (Setzler, 2019). This phenomena is studied through the disciplines of feminist epistemology and the philosophy of science. Feminist epistemologists observe how the sex of a person determines our understanding of knowledge and other people’s attitude towards women. They argue that “women’s interests are gendered” (Anderson, 2020),  and that females’ cognitive and decision-making abilities are assessed based on their gender. According to them, this invisible barrier arises from women’s constrained role in society. History put men in leading positions for most of the traditional systems. This phenomenon is rooted by society’s belief that patriarchal order is the natural state of human society.As Lerner notes,“As a system, patriarchy is as outdated as feudalism; but it is a 4000-year-old system of ideas that won’t just go away overnight”(Lerner,1986, as cited in Collins, 1986) – even though it is not. The standpoint of men deprived women’s participation in political activities because it was labelled as a cultural abnormality since women were assigned the duties of the caretakers and educators in the family. From the onset, these kinds of specific roles did not leave enough room for women to practice their passions and prove themselves as valid leaders in society.

Apart from deep-seated stereotypes, believing in the ineffective leadership of women emerges from the fact that “women lack the economic base which would enhance their political participation” (Karuru, 2001). Economic underdevelopment is also linked to the historical patriarchal nature of society, where women were excluded from economic decision-making and did not have equal access to resources. Research conducted at the national scale illustrates the micro-view of gender inequality in male-headed households. In 17 countries most of the male-headed households have more advantages economic-wise than their female companions (Fisher & Naidoo, 2016). In addition, the general problem of persisting a huge gender wage gap in most countries (UN Women, 2018) demotivates women to strive towards male-dominated workplaces, especially, towards political positions. From the statistical nature and studies of wealth inequality, we can conclude how big of an impact the economy has on empowering women in politics as far as it is centralized around the idea that women should participate equally in existing markets, have access to a noble workplace, and should not be paid differently because of their sex (WFUNA, n.d.).

Conservative ideas hinder the demand and supply of females in politics. Consequently, society’s thoughts and ideas have shaped and lowered a female’s confidence to be politically active. Deeply engraved mentality does not only affect the outside world’s perception. It also alters one’s mind and makes women believe that they are “not worthy” of politics and not qualified enough to be leaders. The double standards imposed on women lower their self-assessment skills and create the “confidence gap”. “Disruptions in Women’s Self-Promotion: The Backlash Avoidance Model” article suggests that when women strive for objective self-promotion the society perceives them as vain and dominant. This backlash effect states that only atypical women are competent and daring to compete against men for leadership positions. This approach creates two barriers for women (Moss-Racusin & Rudman, 2010). Firstly, it disregards a woman’s ability and judges their ambitions based on their personality. Secondly, it manifests pessimistic internal efficacy and cultivates lower engagement of women in politics (Kay& Shipman, 2014).

Although nations adopted a democratic ideology, women have still not been conferred equal status under the greatest guardian of egalitarianism – democracy. Presently,  women still lack a political role in our democratic institutions. The problem and causation of this issue are clear, unfortunately, what makes this issue quizzical is that there is no clear solution about how to alter the situation. Even though approaches towards this issue are controversial, the result and importance of this move are obvious and crucial. Most of the studies urge society to strengthen women’s political participation and decision-making power. Taking this step forward will lead to the achievement of gender equality and democratic governance (UN Women, n.d.). Once again feminist epistemologists state that as women face adversity in a male-dominated world, they have different understandings of situations. Standpoint theory suggests that as females know what it is like to be oppressed, this vulnerability makes their vision more objective and allows them to reflect insightfully on critical issues – “the perspectives of subordinated social groups have an epistemic advantage regarding politically contested topics related to their subordination, relative to the perspectives of the groups that dominate them”(Anderson, 2020). Based on this theory, epistemologists argue that having more women in politics is a collective goal since it will also support the needs and interests of other minorities (Wood, 2005).

Demarginalizing women in the political sphere can be achieved by several steps:

Various solutions have already been taken into consideration by organizations that promote fundamental human rights. One of the most active unions that combat against discrimination in the European Union (Galligan, n.d). The EU has pursued the promotion of balanced participation in politics since the 1990s. European Parliament and the Member States actively fight against sexual harassment in political life and put an effort to have a presence of females in important positions. The EU encourages governments and international organizations to involve women in active political life and even welcomed the gender quotas in some of the Member States. Gender equality is an essential human right that is the principal value of the EU, and it is clearly stated in article 8: “In all its activities, the Union shall aim to eliminate inequalities, and to promote equality, between men and women” (European Commision, 2020).  Moreover, the European Commission has set out the Gender Equality Strategy 2020-2025, which includes how the EU will support women’s empowerment in politics, business, and society, as a whole (European Commision, 2020).

Tackling women’s underrepresentation in politics is a challenging process, which requires effort from everyone. Even though progress has been made over the decades, and women are present in parliament; still the political sphere “remains quite socially homogeneous” (Gjermeni, 2021). In enhancing the participation of women in political decision-making society must to overcome the obstacles of discrimination, work to educate people on gender bias, and support women mentally and economically as changes occur. This journey should not only be a burden on women; it is the government’s and society’s responsibility to take on a different perspective and begin the transformation of “malestream” politics. Spreading awareness on gender-sensitive solutions is the starting point to improve gender balance and equality. As a democratic and evolving society, people must aim for unbiased political parties, wherein women are encouraged to actively participate in politics and pursue a seat at the table to finally be a part of the decision-making process.

The Stanford Encyclopedia of Philosophy https://plato.stanford.edu/archives/spr2020/entries/feminism-epistemology/

European Commision. (2020). Striving for a Union of Equality.

Galligan, Y. (n.d). Promoting the political participation of women in the European Union