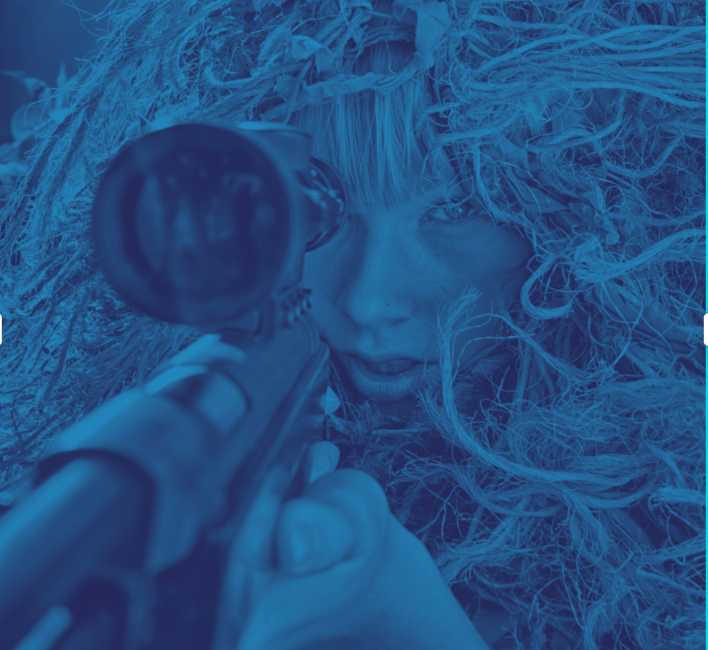 Armed conflicts are still part of the lives of millions, even though they may be something very far away from the Western world. Almost 30 conflicts are active in different countries worldwide (Council on Foreign Relations, 2022), and some of the most vulnerable people affected are children. According to Save the Children, 1 out of 6 children, which amounts to a total of 452 million worldwide, were living in a conflict zone in 2020 (Kamoy et al., 2021). Such exposure, coupled with their vulnerability increases the likelihood of their human rights violations.

One of the most visible forms of children’s rights violations in war times takes the form of child soldiers. This article aims to provide critical insights into the issue of child soldiers by also trying to debunk common misperceptions. First, stereotypes related to child soldiers are observed. Second, an overview of the legal framework protecting children in conflict zones will be provided. Thirdly, the work of the EU in fighting the issue at stake will be assessed. Fourthly, it will provide some insights into the debate of considering child soldiers victims or perpetrators.

Child soldiers: not the only form of participation in conflict

Children holding weapons that are bigger than them is a recurrent image. This is not to say that child soldiers are not used in conflicts, but that fighting on the battlefield is not the only task that children perform when they are recruited by armed forces or armed groups. Children not only fight on the frontlines, but control checkpoints, gather intelligence, guard prisoners, put in place or clear explosive devices, perform domestic duties, act as suicide bombers or human shields, and even serve sexual purposes (Save the Children, 2017, as cited in Kamoy et.al, 2021). Therefore, a more comprehensive term that can encompass all the different tasks that children may perform when recruited is that of Children Associated with Armed Forces and Armed Groups (CAAFAG).

This article focuses on the role of CAAFG, and consequently focuses on the recruitment of children. Nevertheless, it is important to mention that recruitment is only one of the six grave violations against children according to the UN. In fact, the UN Security Council Resolution 1539 (2004), in paragraph 1, strongly condemned “the recruitment and use of child soldiers […], killing and maiming of children, rape and other sexual violence […], abduction and forced displacement, denial of humanitarian access to children, [and] attacks against schools and hospitals”. UNSC Resolutions are binding among the Member States and therefore impose responsibility to avoid engaging in those practices. This is still relevant today because recruitment is not a unique practice of non-state actors but also of the state’s armed forces. According to Save the Children, in 2020, 22 governments were recruiting children (Kamoy et al., 2021).

According to the UN General Assembly (2021), 8,521 children were recruited by armed groups in 2020. However, it is necessary to keep in mind that many cases are likely to be underreported due to the difficulties that conflict situations pose to report, monitor, and verify violations. To put this number into perspective, Save the Children and the Peace Research Institute Oslo (PRIO), have calculated the number of children at risk of recruitment in the last three decades. They found that this number has tripled from 99 million to 1,265 million children at risk (﻿Seddigi and Seddigi, 2021, as cited in Kamoy et.al, 2021).

Lastly, the gender perspective cannot be forgotten. It is common to believe that boys are the only ones recruited. Research shows that between 30% and 40% of all the children recruited are girls (﻿Haer and Böhmelt, 2018, as cited in Kamoy et.al, 2021). Girls are used on the battlefield, but it is more common to see them performing as suicide bombers, doing domestic chores, and suffering from sexual violence and forced marriages (Kamoy et.al, 2021). Experiences of being part of an armed group are influenced by gender dynamics and consequently, so are the risks associated and the needs of survivors. Those are overlooked on many occasions by field actors (Hutchison, 2021). For that reason, a gender perspective is necessary for the creation of policies and programs addressing issues related to CAAFAG.

In terms of IHRL, the relevant instruments are the United Nations Convention on the Rights of Children (CRC) (1989), the Optional Protocol to the CRC on the involvement of children in armed conflict (2000), and the ILO Convention 182 (1999). The CRC’s article 38 (2) (1989) states that “States Parties shall take all feasible measures to ensure that persons who have not attained the age of fifteen years do not take a direct part in hostilities”. Article 38 (3) encourages states to use adults, when possible but does not prohibit the use of children between 15 and 18. Additionally, as it has been explained above, children perform many different tasks besides fighting. Going back to the wording of Article 38 (2), the children are only protected from recruitment when directly participating in hostilities; doing the function of a soldier. The Optional Protocol to the CRC (2000) goes further by raising the age of recruitment to 18 years old under Article 1 and protecting children who are recruited both by state and non-state armed forces under Article 4. Protection is considerably strengthened, however, the protocol has two main limitations. Firstly, there is a lack of protection from voluntary recruitment. Secondly, the Optional Protocol only has 52 signatories, which means that is not binding on all States. On the last note, the ILO Convention 182 (1999) does not go further than the CRC, however, it recognizes child soldiers as one of the worst forms of child labor.

In terms of IHL, the focus needs to be directed to the Additional Protocols to the Geneva Conventions. Protocol I (ICRC, 1977) is applicable in international armed conflict, and Article 77 (2) provides protection to children with the same age and scope limitations as the CRC outlined above. Article 4 (3) of Protocol II (ICRC,1977), which is applicable in non-international armed conflicts, has equal coverage.

International Customary Law also accounts for a source of protection for children in armed conflicts. Several sources (Sierra Leone TRC, 2004; ICRC, Rule 126, n.d.)  agree that the prohibition of child recruitment under the age of 15 constitutes customary law. This is relevant because those States that are not parties to the Geneva Conventions or the CRC are still legally obliged to uphold such rules.

International Criminal Law also has something to say regarding child soldiers. The Rome Statute of the International Criminal Court (ICC) (1998) establishes, in Article 8 (2) (b) (xxvi) that “conscripting or enlisting children under the age of fifteen years into the national armed forces or using them to participate actively in hostilities” constitutes a war crime. Once again, the age limit is the same as most of the other instruments. However, the use of the word ‘active’ participation in hostilities broadens the scope to include children who are performing other tasks besides directly fighting.

As part of the human rights framework, despite not being legally binding, it is relevant to mention the Universal Declaration of Human rights (UDHR) (1948) and the Paris Principles and Guidance on Children Associated with Armed Forces and Armed Groups (2007).

The EU also has a policy framework that aims at protecting children affected by armed conflict (CAAC). When tackling the issue of child soldiers and more broadly that of CAAC, the EU takes a more complementary role to the work done by the UN. Nevertheless, it is committed to such protection through different policy streams: human rights and democracy policy and the common security and defense policy (CSDP).

On the one hand, the EU Action Plan on Human Rights and Democracy (2020-2024) contains specific provisions aimed at protecting children in conflict situations. Section 2.4 states the commitment to intensify efforts to prevent grave violations against CAAC, by strengthening long-term initiatives and strengthening coordination with UN mechanisms.

On the other hand, the EU deploys CSDP missions and operations with the aim of helping to resolve or prevent conflict, as well as for capacity-building purposes of the country that made the request. Many of those missions are located in countries in which reports of the use of child soldiers are commonplace. In such regard, the latest Action Plan (2020-2024) mentioned above, also states the need for CSDP missions and operations to act in coherence with human rights policy as well as ensure their centrality. It goes even further to suggest the development of a human rights due diligence policy to be applicable to the missions in order to ensure respect for IHL and IHRL.

The EU Guidelines on Children in Armed Conflict (2008) and the corresponding EU Implementation strategy are also alternative policy instruments available to fight against CAAC. They outline the tools that the Union has and those include political dialogue, démarches, multilateral cooperation, crisis management operations, and training of people deployed in the field.

It must be mentioned that the workings of the EU in relation to CAAC are quite complex and coordination is challenging. “The EU institutions involved […] include the EU Commission, the Directorate-Generals for Development (DG DEV), [now called DG for International Partnerships (DG INTPA)] and External Relations (DG RELEX), the Council of the EU, the Council Secretariat and its working groups, the 27 member states’ foreign ministries, embassies and missions” (Nilsson, 2013, pp. 464–465).

All in all, it seems like the Union has taken up the criticism of the past assessment of the European Parliament back in 2014. However, “it […was] mainly at the level of implementation that major improvements [… were] needed” (Vandenhole & Weyns, 2014, p. 16). Those will need to be assessed again in the near future to see if the Action Plan has been implemented adequately.

Accountability of children: victims or perpetrators

This article could not end without a mention of the debate surrounding the accountability of child soldiers. Most of the time, child soldiers are viewed as victims. Nevertheless, some believe that they should be held accountable in some way because they also take the role of perpetrators on the battlefield. There are scholars who argue that they can be held accountable outside of criminal law (Arts, 2006; Happold, 2006, as cited in Vandenhole & Weyns, 2014). Nevertheless, from a human rights perspective, it is difficult to treat them as perpetrators and be judged accordingly. As the Sierra Leone Truth and Reconciliation Commission explained in its final report (2004), building on testimonies, violence perpetrated by child soldiers was a way of gaining respect from their captors but also safety. Therefore, they acted in that way as the only option for survival.

Following a similar line of argument, voluntary recruitment is most of the time not voluntary. The structures in which they live, force them to join armed groups as a means of survival. Lack of access to education, high levels of poverty, lack of decent livelihood opportunities and wish to defend their families or community are among the factors that make children vulnerable to recruitment (forced or voluntary) (Save the Children, 2017, as cited in Kamoy et.al, 2021). Regardless of all the above, the truth is “that the question of child soldiers’ accountability has become one of the silences of international law” (Kononenko, 2016, p.97).