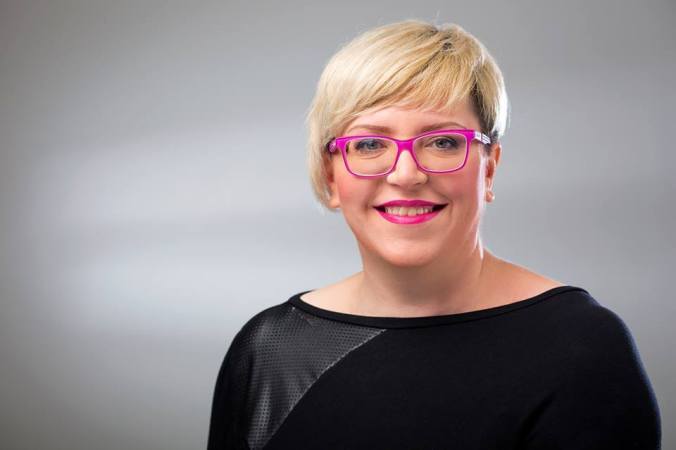 As many as seven candidates participated in recent SDP Croatia leadership elections – three women included. One of them, PES Women Vice-President Karolina Leakovic, was perceived as one of the most progressive candidates, and the only that openly labeled herself as feminist. However, her candidacy was not successful – she got merely 1,2% of members’ votes. Nevertheless, within current Croatian mainstream political landscape, SDP Leadership elections were the example of an open and much needed debate on social democratic values and challenges for the movement ahead.

Eva Amalija Orešković : Let me start with a question regarding your political and party background – how it all started, and when?

Karolina Leakovic : Almost 18 years ago, at the end of nineties, when Croatia as well as Europe – not to menton social democratic movement, were much different, when we as social democrats were much stronger and more successful. I have been working for the Party, in the HQ, in the field of international relations and communication in general, while engaged in women’s movement in Croatia and internationally. Working together with feminist civil society groups, activists, academia, and sharing experiences of creating a social democratic movement in a post-socialist, transition society, was and still is an adventure. And it will continue to be so, in times of xenpohobia and socio-ecionomic inequalities, when allies are needed more than ever.  In the meantime, I have been candidate for both Croatian and European Parliament, and actually a member of Croatian parliament for a couple of years. But, circumstances have changed dramatically, in Europe in general. A need for a kind of a new social democratic narrative is now actual as never before.

EAO: When it comes to personal choices and political engagement, it is still more challenging for women, expecially young women, to deal with all sorts of prejudices. What is the situation like in Croatia, compared to other CEE and SEE countries?

KL: There are obviously many obstacles to women’s political engagement. They are generally related to the nature of patriarchal and capitalist societies we live in. The logic of free market that is worshiped in post-socialist societies have clearly made most women’s (as well as men’s) lives miserable, especially since the 2008 financial and economic crisis. Democratic processes, together with the europeanization of our legislation were seen as a beacon of hope for the enlarged EU. But, it is not that simple any more. Women, and young women in particular, tend to be disengaged in politics, and reluctant to join political parties. That does not necessarily mean that they are „antipolitical“. On the contrary, if one is interested in political and socio-economic change, it is a tendency to engage in an ad-hoc civil society initiative or a pressure group, rather than applying for a membership in a political party. Finally, political parties are sort of „old-fashioned“, quite closed clubs reserved for middle-aged men. Women who join political parties and become politically active are minority within mainstream political parties. Often, they are regarded as ambition and career-driven, or if they are unmarried or childless, those that have nothing else to do… Women’s autonomy, even when we have our own „political branches“ is more of a proclamation, than a fact. These trends have to be changed…

EAO: You have been engaged in PES and PES Women for quite some years. How do you see prospects for social democracy, both in the EU and beyond, particularly in the Balkans?

Our European-wide political organizations, both PES and PES Women have to face new EU political reality and I believe both our organizations are capable of doing so. It is true that social democracy is not „flourishing“ around the continent. Still, can Europe „flourish“ without social democracy – that should be our concern… I see our organizations and our sister parties and affiliated organizations as tools for change in people’s lives, not as those representing „us“ or our members’ interests and concerns only. We truly have to re-invent ourselves as political movement, open for dialogue with progressive forces and especially with all those disenchanted and alienated from organized political actors. To be able to do so, we have to be more open and inclusive for leftist and civic movements. In many cases we tend to see those as our competition, rather than allies. That is what we need to address.

EAO: You have participated in recent SDP leadership elections, together with six other candidates. Although your platform was perceived as one of the most progressive, your result was not encouraging.  Did you analyze „what went wrong“?

KL: Our leadership elections are organized according to the “one member – one vote“ principle and all members of SDP (roughly 37 thousand) are entitled to cast their vote for the leader. In our case, slightly more than 50% of members voted and I got a modest number of votes. Nevertheless, I feel privileged to be able to run (prerequisite for that is a support of at least 1000 members), and present my platform as well as engage in dialogue with members. That was truly inspirational, a unique experience that – despite the outcome – is a solid ground for future projects. I am rather optimistic: members are interested in developing democratic procedures and strengthening policy dialogue within the Party. And I am looking forward to participating in that!

EAO: You have taken over Women’s Organization of SDP Croatia, after its president resigned over declining status of women within the Party. What are your and the organization priorities?

KL: Focusing on local elections in May 2017, empowering women to take power on local level in their hands and promoting gender sensitive local projects. When women advance, communities advance. Gender dimension and socio-economic equality will be in focus of our work in next couple of months.

EAO: Finaly, what would be your message or advice for young female politicians? Is there something you wish you knew sooner?

KL: I would rather not give any advices to anyone. I would only encourage young women to engage much more in feminist and progressive movements in the European periphery, since conservative backlash is strong, they are well organized and very influential – in politics as well as in society in general. We cannot take any of the achievements in gender equality, workers rights and human rights in general, for granted. Day by day, we should engage in occupying public domain. That is how more equality, more freedom and more solidarity is delivered.

Interview by Eva Amalija Orešković, as part of the Empow(h)er campaign and the She Waited Long Enough project in collaboration between the European Student Think Tank and Graduates of Democracy.

Podcast: Eastern Enlargement: what does it mean for the future of the EU?

As war keeps raging at Europe’s doorstep, the new membership...